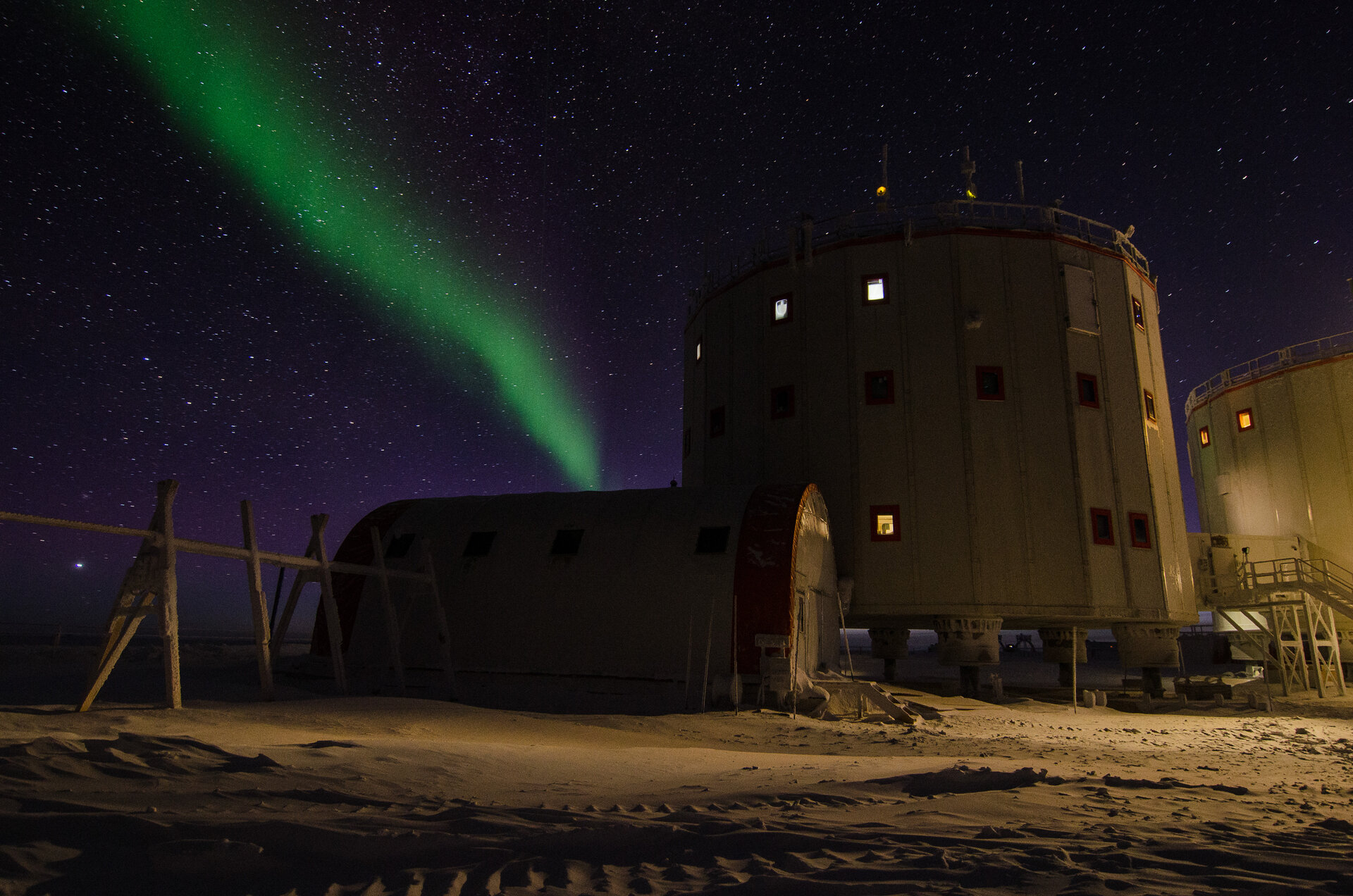 Throughout human history, spectacular auroral eruptions have given rise to fearful beliefs of mythological creatures, have driven folklore and have influenced culture, religion and art.

Today, we know the aurora are the visible manifestations in our atmosphere of space weather, and occur when electrically charged particles from the Sun collide with Earth’s atmosphere. These particles are delivered by the ‘solar wind’ — a constant stream of electrons, protons and heavier ions — emitted by our Sun.

“I turn my gaze away from the horizon and dusk, there is a stripe in the sky that is not the Milky Way, at first just white and cloud-like, but there is no doubt – the green hues are visible and the curtain-like waves in the sky are unmistakable,” as she explains in her latest Concordia blog post.

Concordia is run by the French and Italian polar organisations to collect data for subjects as diverse as glaciology, astronomy and climate science.

For a whole year, Nadja facilitates a number of experiments on the effects of isolation, light deprivation, and extreme temperatures on the human body and mind.

“The aurora is an amazing experience and one that I don’t think anyone gets tired of – even if you live a lifetime with it as a frequent guest,” she adds.

But beauty often comes at a price, and the cost of the aurora, popularly known as the Northern or Southern Lights depending on the hemisphere, is constant surveillance of the Sun. Aurora remind us that we live with an active star that can do real damage to daily life.

The giver of light and heat and a key enabler of life on our planet, our Sun is also a volatile ball of hot gas 1.3 million times larger than Earth. Unpredictable and temperamental, our Sun blasts intense radiation and colossal amounts of energetic material in every direction, creating the ever-changing conditions in space known as ‘space weather’.

Aurora offer a visual means to study space weather. We cannot control our Sun, but timely alerts – like those to be enabled by ESA’s future Lagrange solar warning mission – will allow civil authorities and commercial actors to take protective measures, helping minimise economic losses and avoid a disaster that could affect all of us.