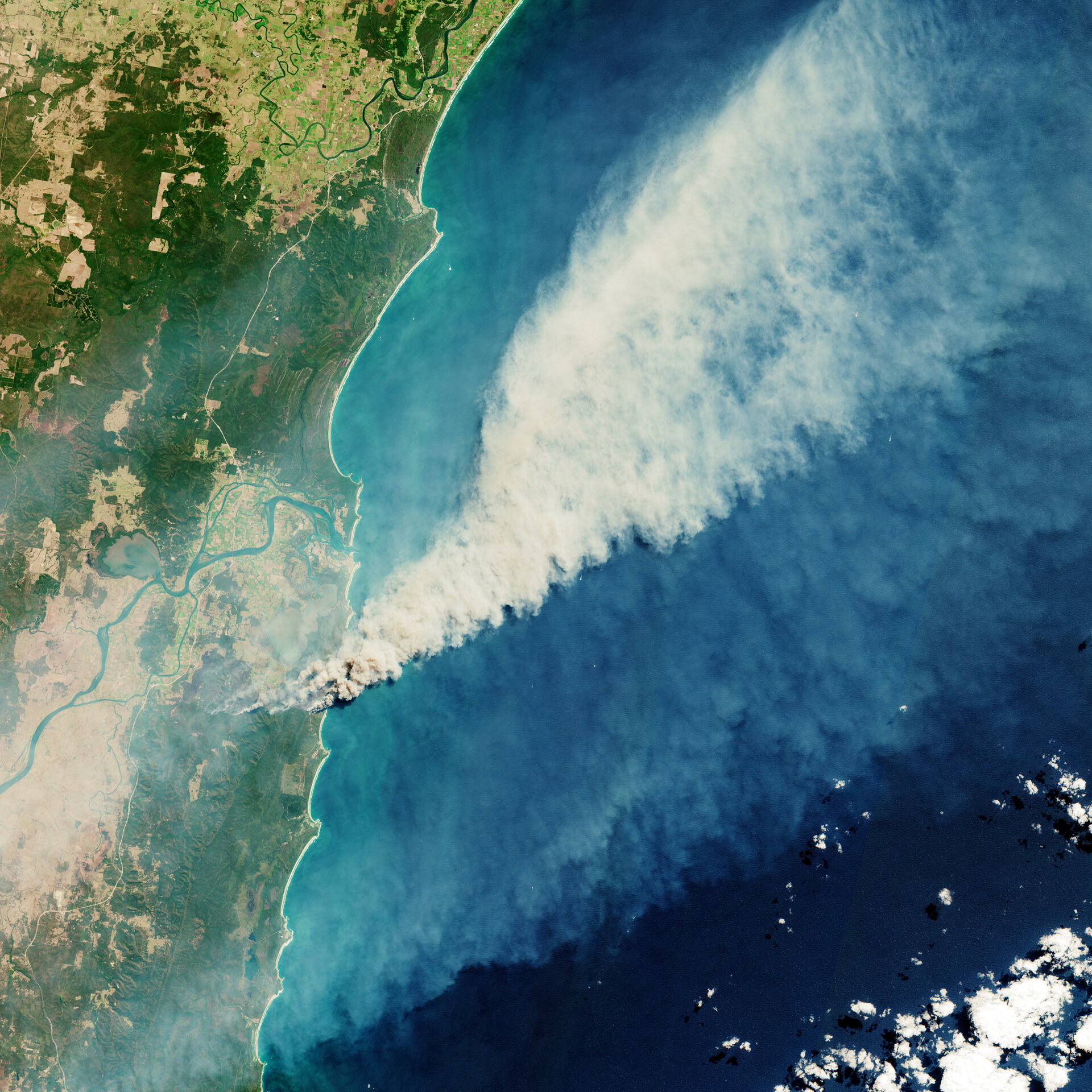 Australia is tackling multiple bushfires that have broken out across New South Wales and Queensland over the past few days.

In this image captured by the Copernicus Sentinel-2 mission on 8 September, fires burning in the Yuraygir National Park and Shark Creek area are visible. Fires are also burning to the north and south of the villages of Angourie and Wooloweyah. See the image at its full resolution to zoom in on the area.

The flames, which were said to have been whipped up by strong winds, have now been contained. More than 600 firefighters have been deployed to tackle the fires, and multiple homes and outbuildings have been damaged.