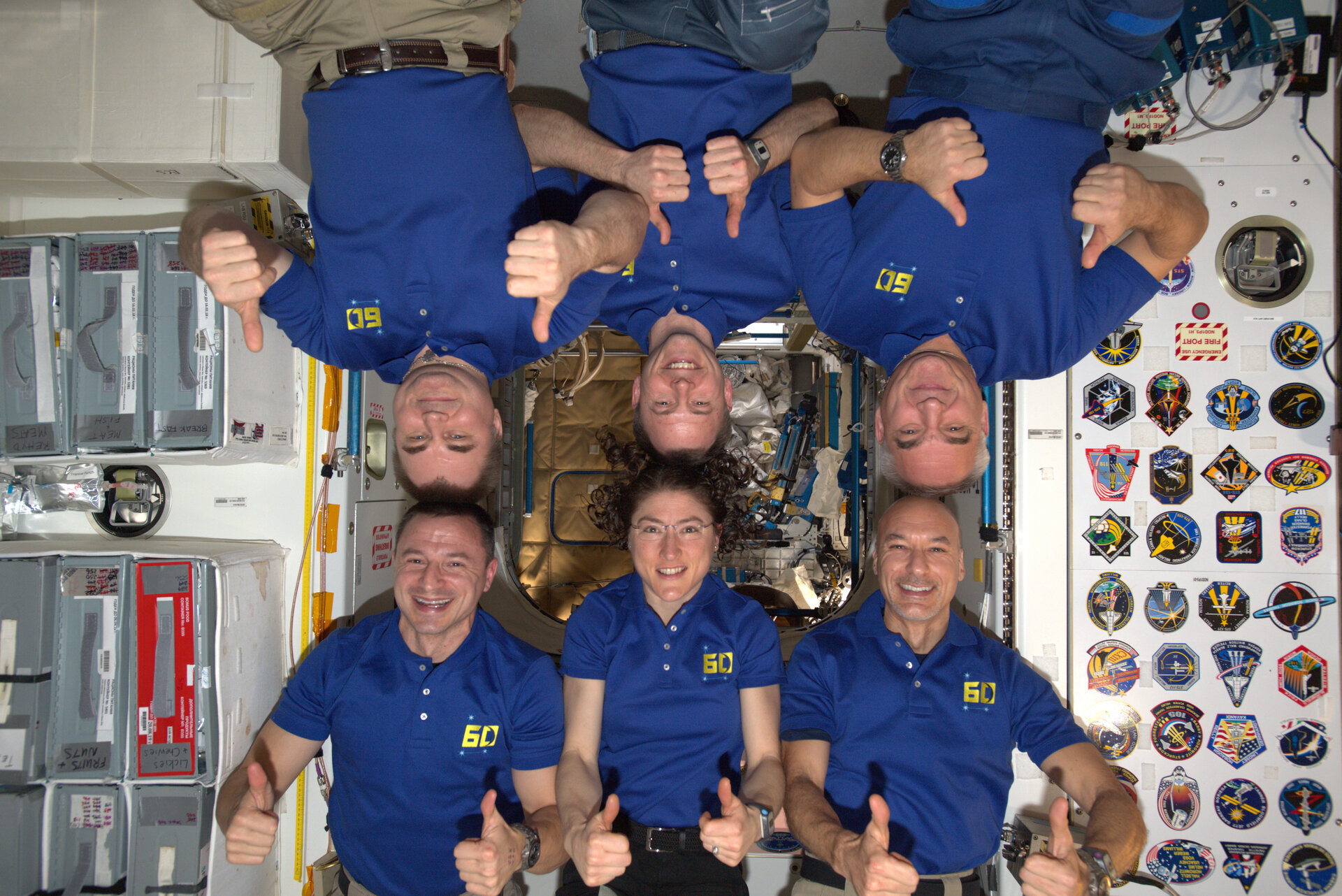 ESA astronaut Luca Parmitano and the rest of the International Space Station crew celebrated European Day of Languages (26 September) with the following message: "Six friends, three different languages: and all speak at least two of those. Today, we celebrate the ability to speak other languages and the European linguistic diversity, a rich heritage of our history."