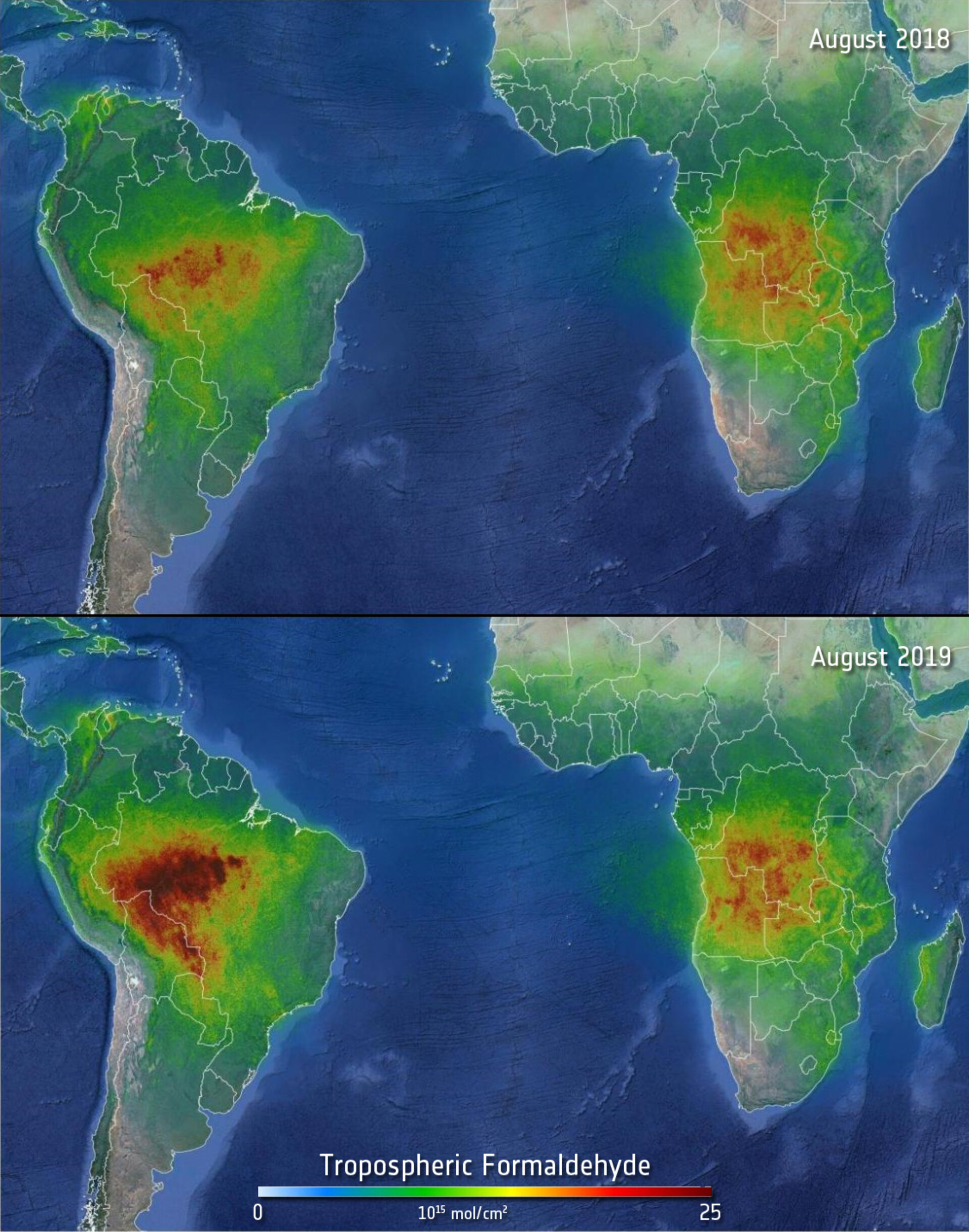 Using data from the Copernicus Sentinel-5P mission, the image shows how much formaldehyde was released from wildfires in Brazil in August 2019 compared to August 2018. The image also features Africa, which and has also experienced fires. Formaldehyde is an important intermediate gas in the oxidation of methane and other hydrocarbons. While it is short-lived in the atmosphere, it reacts chemically to become a major source of carbon monoxide – another harmful pollutant.