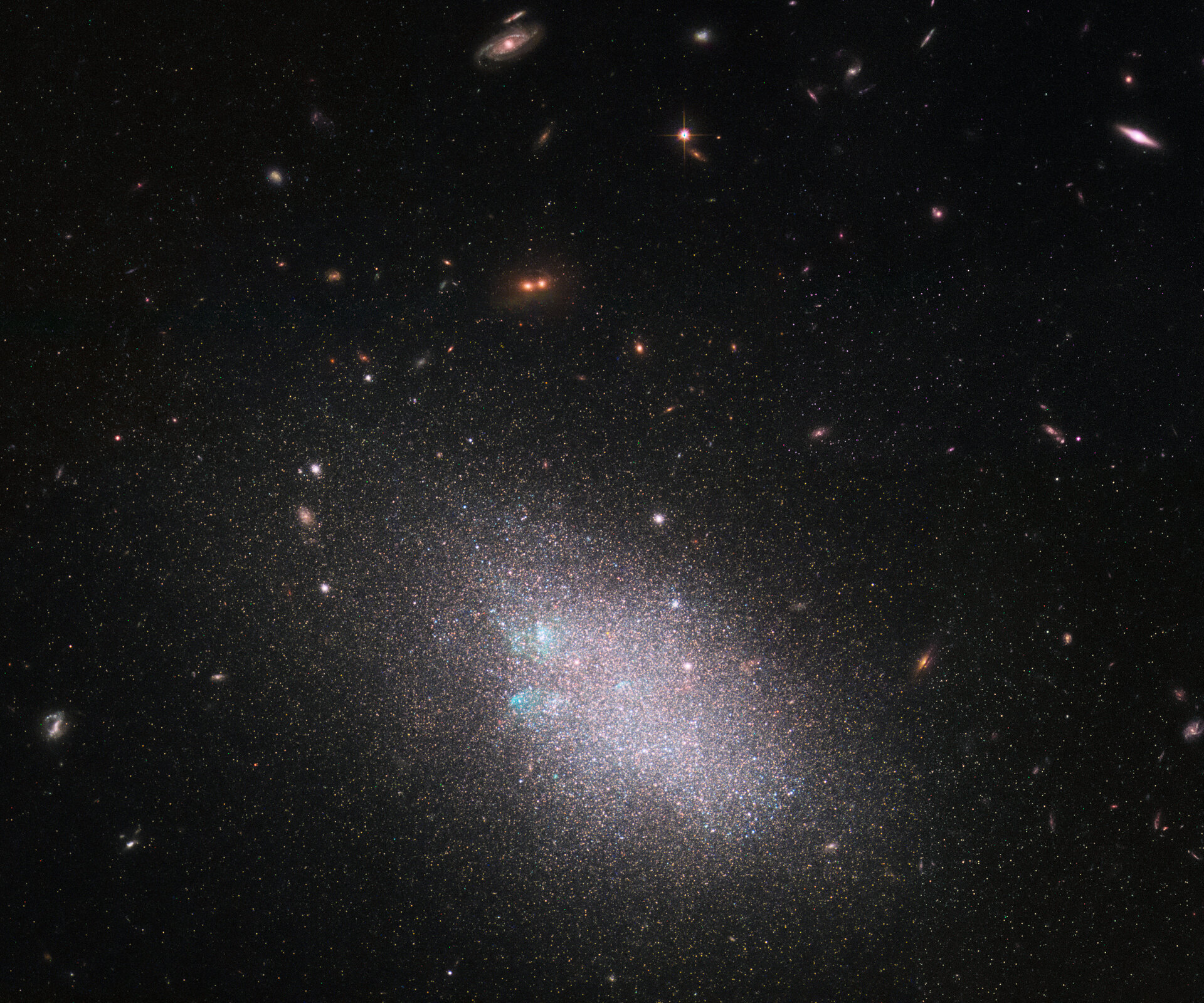 This Picture of the Week shows a dwarf galaxy named UGC 685. Such galaxies are small and contain just a tiny fraction of the number of stars in a galaxy like the Milky Way. Dwarf galaxies often show a hazy structure, an ill-defined shape, and an appearance somewhat akin to a swarm or cloud of stars — and UGC 685 is no exception to this. Classified as an SAm galaxy — a type of unbarred spiral galaxy — it is located about 15 million light-years from Earth.

These data were gathered under the NASA/ESA Hubble Space Telescope’s LEGUS (Legacy ExtraGalactic UV Survey) Program, the sharpest and most comprehensive ultraviolet survey of star-forming galaxies in the nearby Universe.

LEGUS is imaging 50 spiral and dwarf galaxies in our cosmic neighbourhood in multiple colours using Hubble’s Wide Field Camera 3. The survey is picking apart the structures of these galaxies and resolving their constituent stars, clusters, groups, and other stellar associations. Star formation plays a huge role in shaping its host galaxy; by exploring these targets in detail via both new observations and archival Hubble data, LEGUS will shed light on how stars form and cluster together, how these clusters evolve, how a star’s formation affects its surroundings, and how stars explode at the end of their lives.