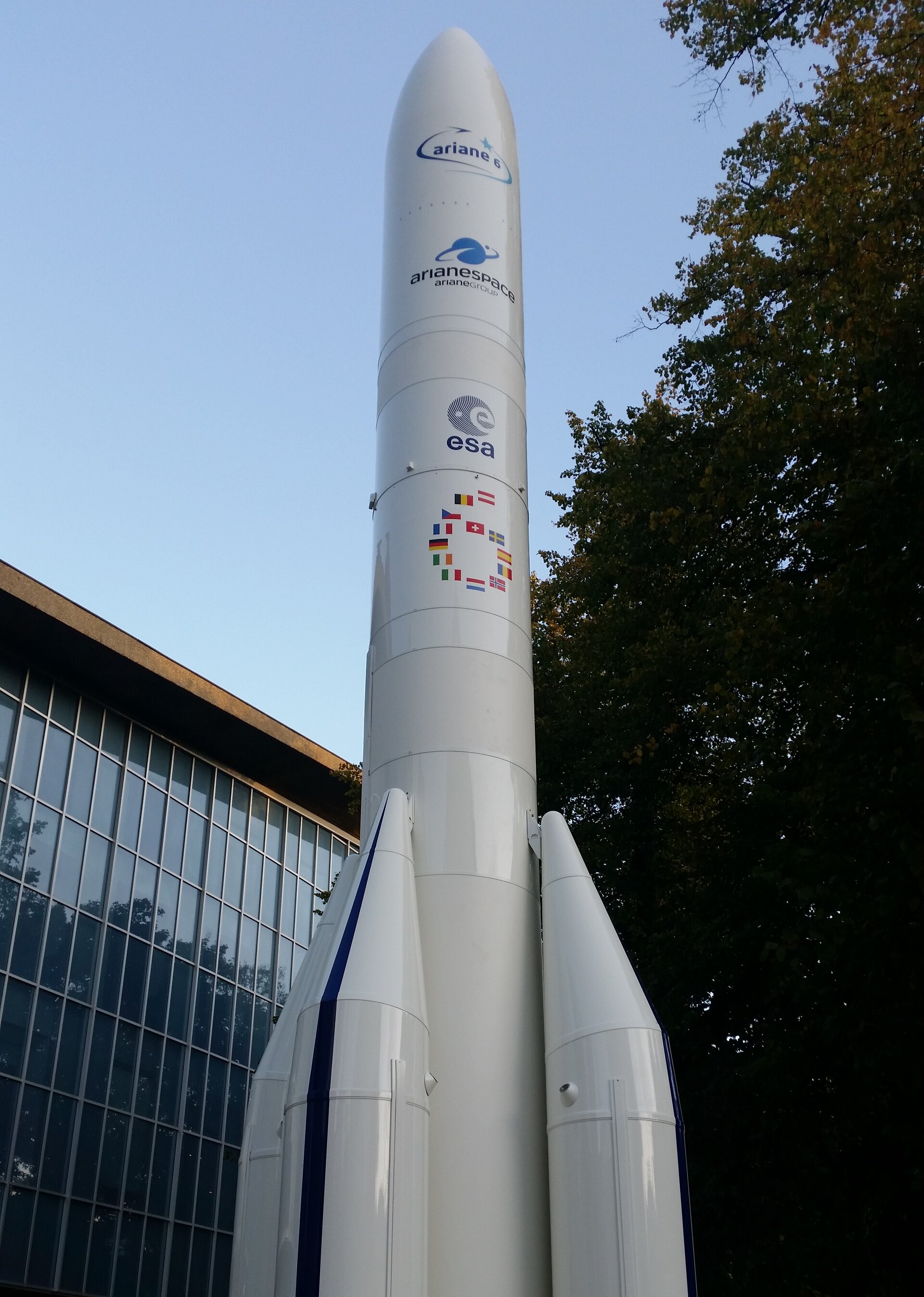 Ariane 6 model outside the Design Musuem in London

This 1:10 scale model of the Ariane 6 launcher is on display outside the Design Museum in London as part of its "Moving to Mars" exhibition, which runs from 18 October to 23 February 2020. Ariane 6 is expected to have a role in a future mission to bring samples from Mars back to Earth.

The actual launcher is more than 60 metres tall and will weigh almost 900 tonnes when launched with a full payload. Ariane 6 will have the flexibility to launch both heavy and light payloads to a wide range of orbits for applications such as Earth observation, telecommunication, meteorology, science and navigation. Payload carriers allow small satellites lighter than 200 kg to ride 'piggyback' on the launch of the main payload, efficiently combining payloads in the same mission.

Ariane 6 is scheduled for its first launch in 2020.