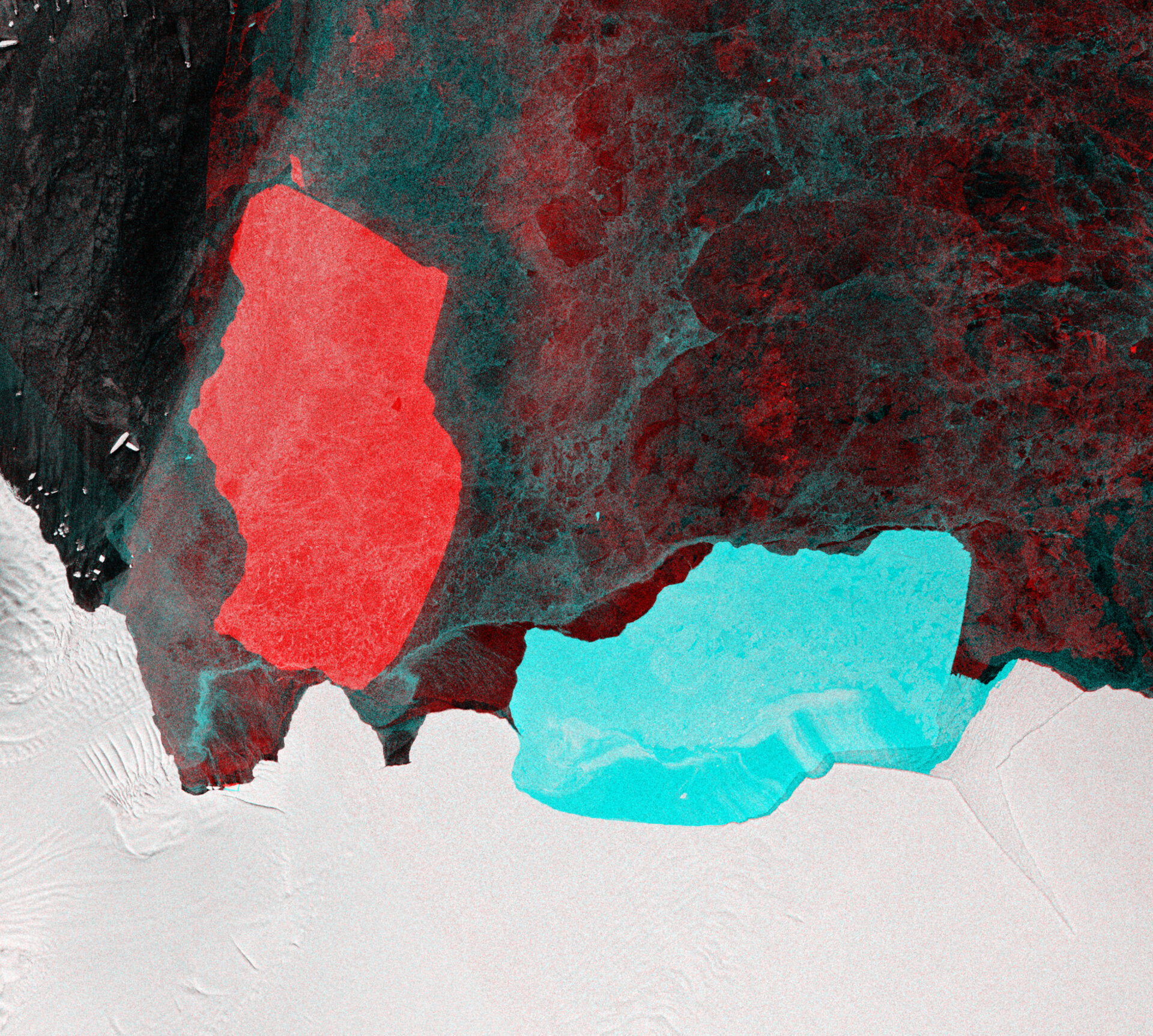 Earlier this month, the D28 iceberg was spotted breaking off from the Amery Ice Shelf in Antarctica. The iceberg, which is around 1600 sq km – about the size of Greater London – has now taken a 90 degree turn.

Captured by the Copernicus Sentinel-1 mission, this multitemporal false-colour image shows the before and after location of the iceberg produced by this calving event. Blue shows the iceberg before separation, taken on 20 September, while the red is where the iceberg was on 19 October after calving. Small red fragments of the iceberg can be seen floating in the vicinity of D28.

Approximately 30 km wide and 60 km long, and with a thickness exceeding 200 m, the iceberg is estimated to contain over 300 billion tonnes of ice.