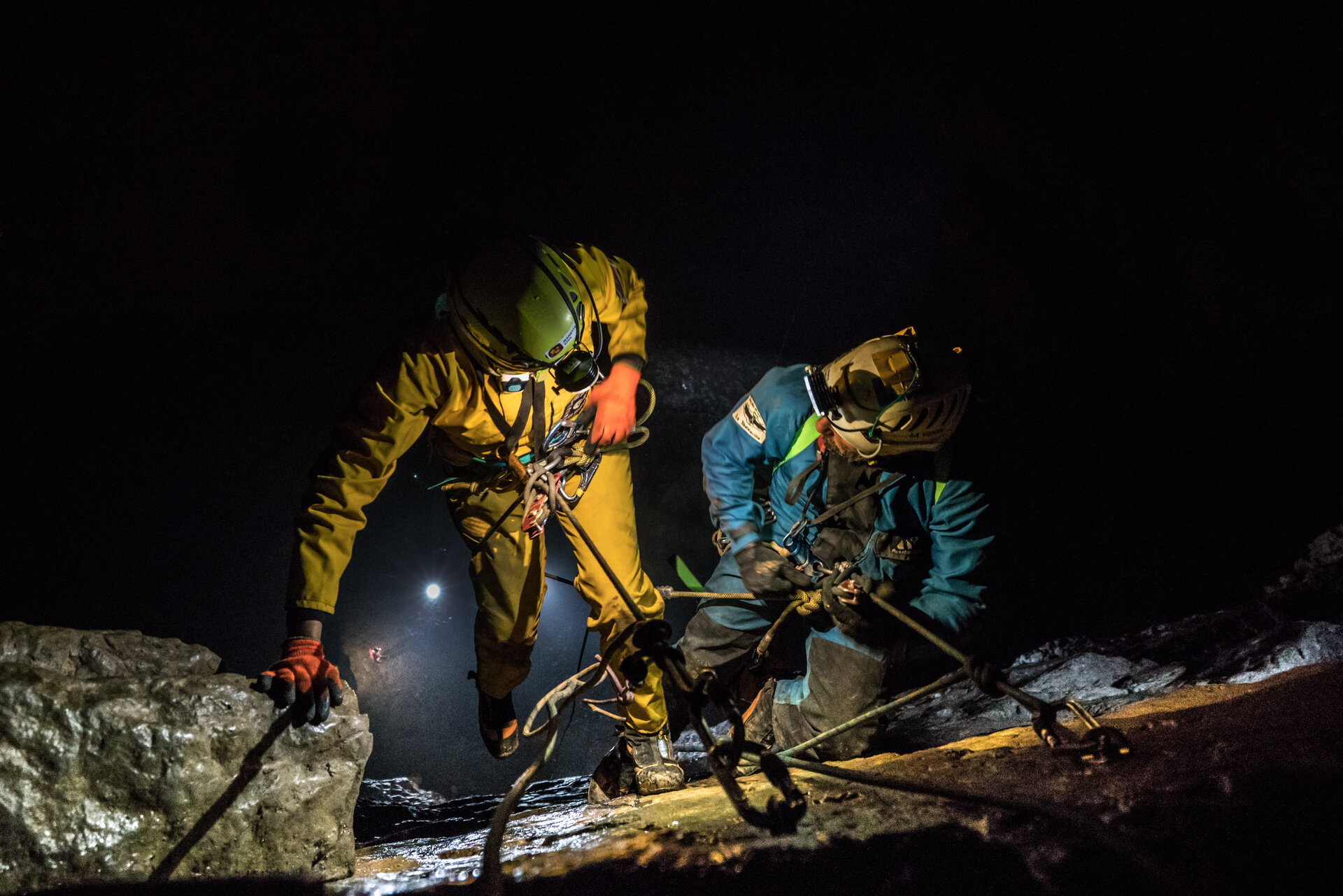 It might not be obvious, but there are many similarities between working deep underground and in outer space.

Just as with spacewalks, underground ‘cavewalks’ require safety tethering, 3D orientation, careful planning and teamwork. Cave explorers need to stay alert in an environment where they are deprived of natural light and every move is a step into the unknown.

ESA’s CAVES training course has been taking astronauts below Earth’s surface and prepared them to work safely in an environment where the terrain, climate and climbing techniques pose high demands.

NASA astronaut Jeanette Epps is seen here, to the left, hanging over 200 m of void and closely monitored by certified speleology instructor Marco Vattano during her descent. After a week of preparations, Jeanette explored a cave in Slovenia where she lived and worked for six days with five other ‘cavenauts’.

Jeannette follows NASA astronaut Jessica Meir, who became the first woman to participate in CAVES in 2016 and who recently starred in an all-female spacewalk outside the International Space Station.

The procedure for moving along a cave wall strongly resembles spacewalking. “You have to be very aware of the position of your body and what is around you. If you hit something or miss a step, the consequences are critical,” explains NASA astronaut Mike Barratt in this video about his CAVES adventure back in 2013.

As a veteran spacewalker, Mike points out how working in darkness along a handrail and using safety tethers at all times was quite similar to walking in space using the Russian Orlan spacesuit. Managing stress and taking decisions in an alien environment over long periods is exhausting.

As with a launch and landing in a spacecraft, entering and exiting from a cave are the most critical moments. Caves are hostile environments and the crew could face situations where the intervention of speleologists with advanced technical skills could be required to prevent accidents.

Qualified personnel were always close by, while all equipment is regularly checked by a fellow explorer – a buddy-check.

ESA astronaut Luca Parmitano, a veteran ‘cavewalker’ and spacewalker, will step out into space for his first spacewalk of the Beyond mission in November tasked with repairing and enhancing the ‘dark matter’ hunting AMS-02 instrument – a structure never designed to be maintained in orbit. Before then he will support a series of spacewalks from inside the Station to upgrade the Station's power capacity.

Read more about CAVES on our dedicated website and in the blog.