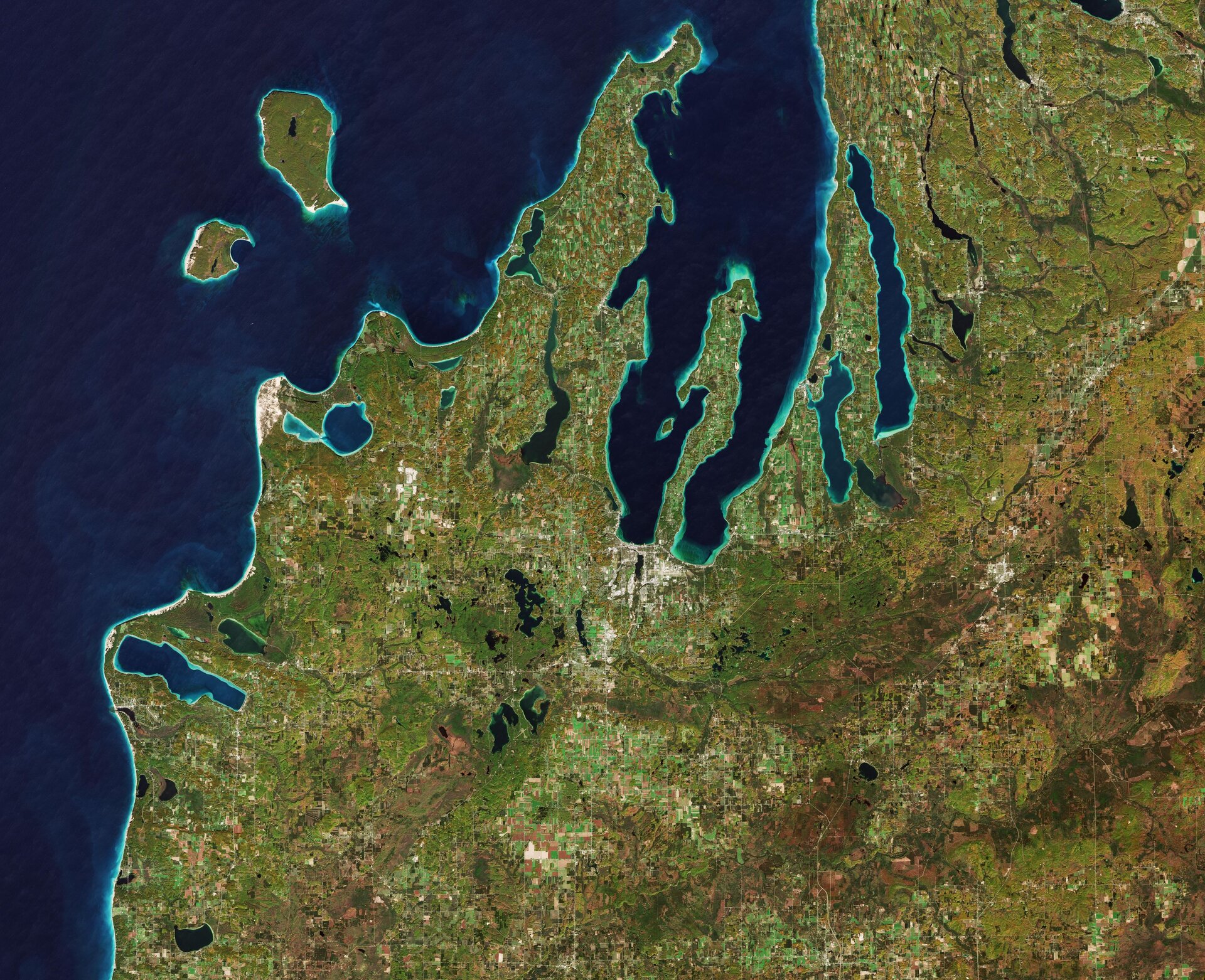 The Copernicus Sentinel-2 mission takes us over the Leelanau Peninsula on the northwest coast of Northern Michigan, US.

The region is shaped by rolling hills, large inland lakes shaped by glaciers around 20 000 years ago which form the basis for great farmland. The body of water that surrounds the peninsula is Lake Michigan, one of the five Great Lakes of North America and the only one located entirely within the US.

In the image, the bright turquoise in the water shows sediments, algae and chlorophyll in the shallower waters along the shore. The greener colours visible in Lake Leelanau to the north, Platte Lake to the west, and several inland bodies of water are due to a combination of a high chlorophyll and plant content.

The Sleeping Bear Dunes Lakeshore extend for around 55 km along the coast of the peninsula, and is visible in light brown. The name comes from an Ojibwa legend in which a mother bear and her two cubs swim across the lake trying to escape a forest fire. The two cubs are said to have disappeared in the process, and the mother bear waited for weeks for them to re-surface before finally falling asleep and never waking. Touched by her suffering, a powerful spirit is said to have covered her with sand, and raised the two cubs above the water, creating the North and South Manitou islands, visible north of the peninsula.

A more realistic explanation of the creation of the Sleeping Bear Dunes is geology. During the last Ice Age, glaciers spread southwards from Canada burying this area under sheets of ice. During the process, piles of sand and rock were deposited in the area. When the ice retreated and melted, it left the hilly terrain that exists along the lake today. The area is popular for hiking and climbing.

This image, which was captured on 18 October 2018, is also featured on the Earth from Space video programme.