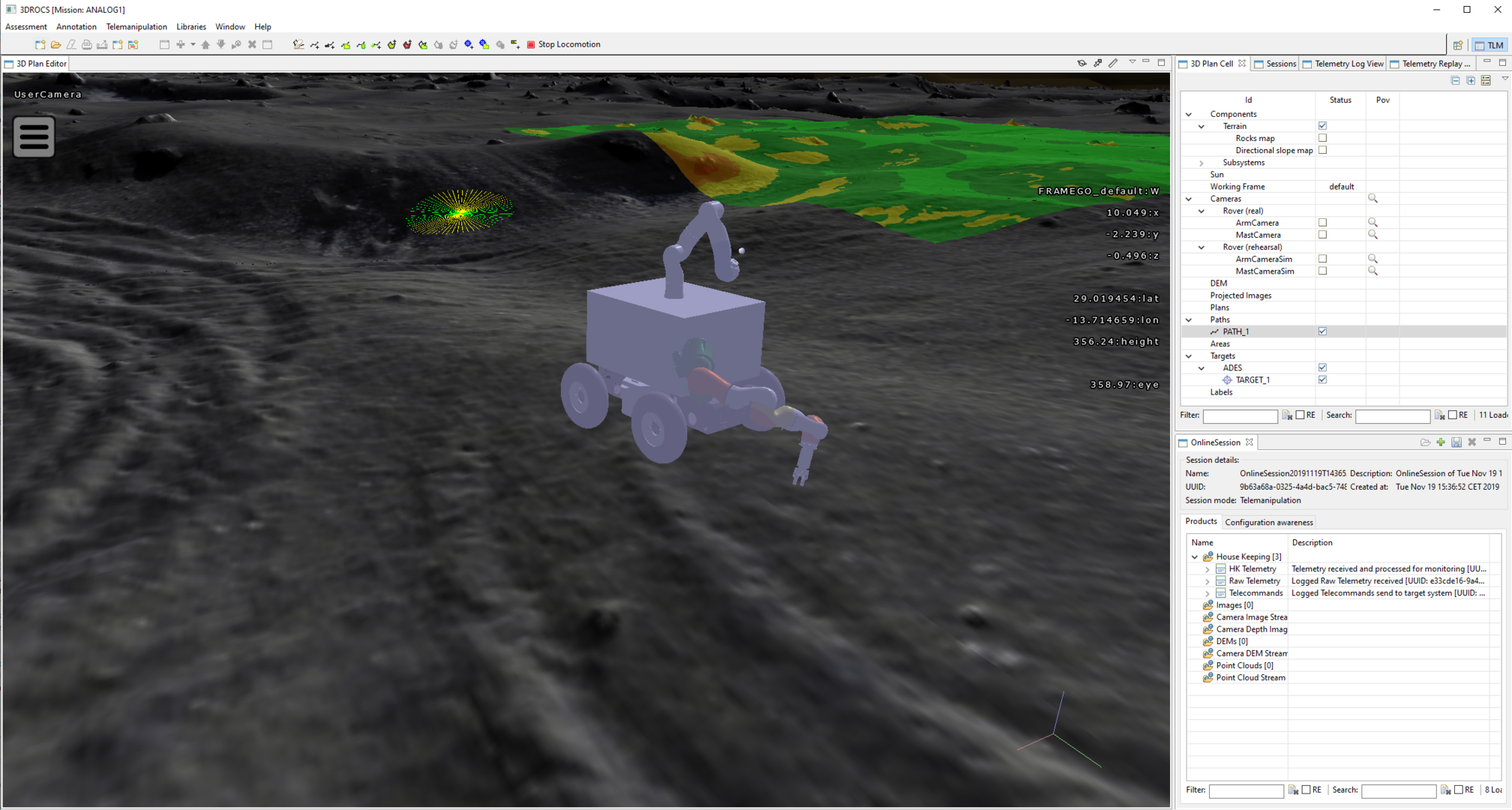 3DROCS is a control station developed by Trasys to prepare, monitor and control rover planetary surface operations. It is also used as part of the ExoMars Rover Operations Control Center.3DROCS was used during the Analog-1 experiment to monitor and assess logged data. The control system shows the rover and can show relief maps as well as allowing the science team to indicate sites of interest and overlay dangerous areas that are beyond the limits of the rover’s capabilities.

ESA astronaut Luca Parmitano took command of a rover in the Netherlands on 18 November 2019 and expertly drove it over an obstacle course to a sampling site and collected a rock – all while circling our planet at 28 800 km/h in the International Space Station.

A week later all elements of the overarching Meteron project will be put to the test. Luca will drive the robot to three sites in the hangar in the Netherlands and decide in collaboration with a science team based at the European Astronaut Centre in Cologne, Germany, which rocks to pick up and keep for later analysis.