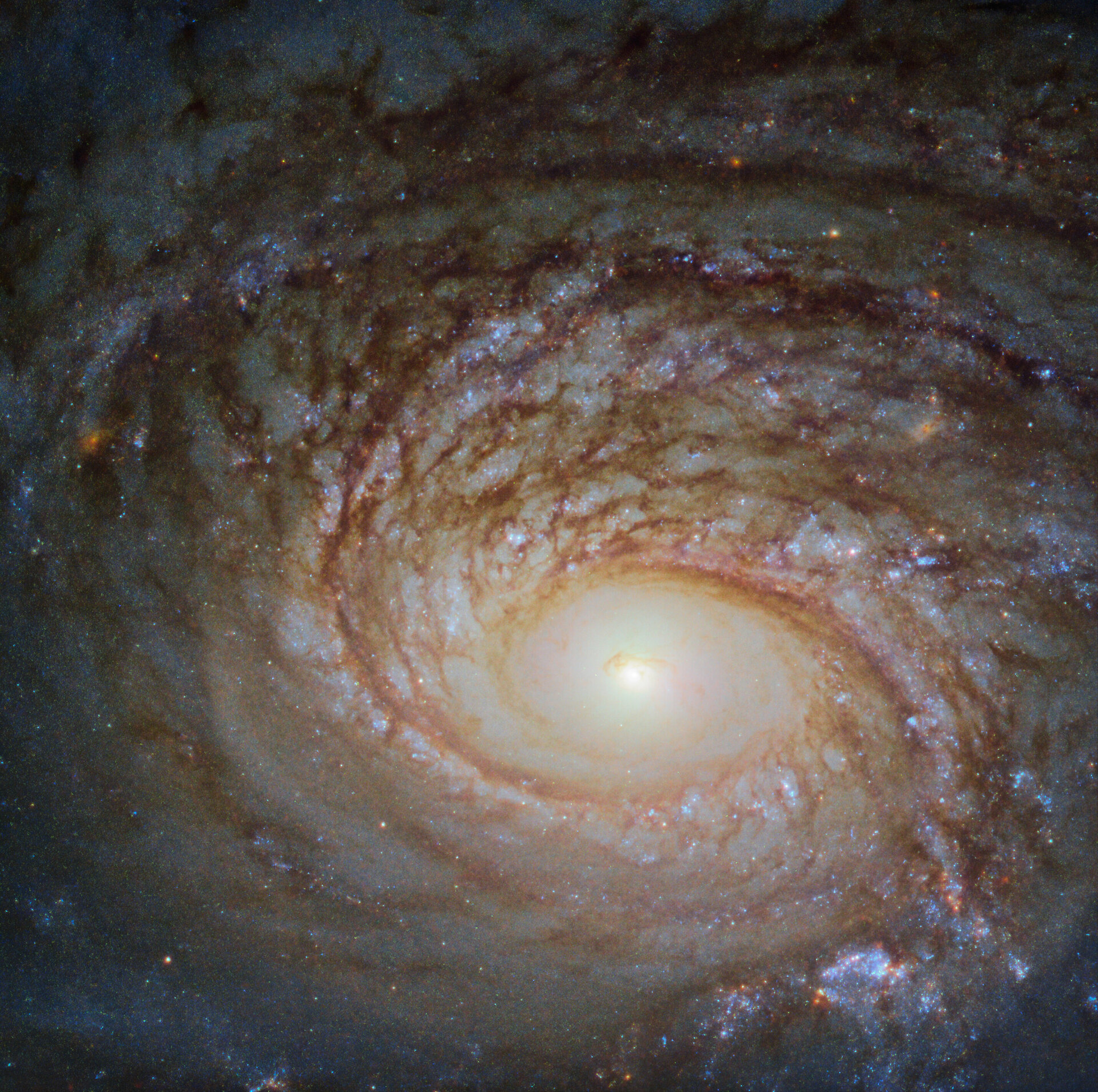 A rival to the Milky Way

The Universe is simply so vast that it can be difficult to maintain a sense of scale. Many galaxies we see through telescopes such as the NASA/ESA Hubble Space Telescope, the source of this beautiful Picture of the Week, look relatively similar: spiralling arms, a glowing centre, and a mixture of bright specks of star formation and dark ripples of cosmic dust weaving throughout.

This galaxy, a spiral galaxy named NGC 772, is no exception. It actually has much in common with our home galaxy, the Milky Way. Each boasts a few satellite galaxies, small galaxies that closely orbit and are gravitationally bound to their parent galaxies. One of NGC 772’s spiral arms has been distorted and disrupted by one of these satellites (NGC 770 — not visible in the image here), leaving it elongated and asymmetrical.

However, the two are also different in a few key ways. For one, NGC 772 is both a peculiar and an unbarred spiral galaxy; respectively, this means that it is somewhat odd in size, shape, or composition, and that it lacks a central feature known as a bar, which we see in many galaxies throughout the cosmos — including the Milky Way. These bars are built of gas and stars, and are thought to funnel and transport material through the galactic core, possibly fueling and igniting various processes such as star formation.