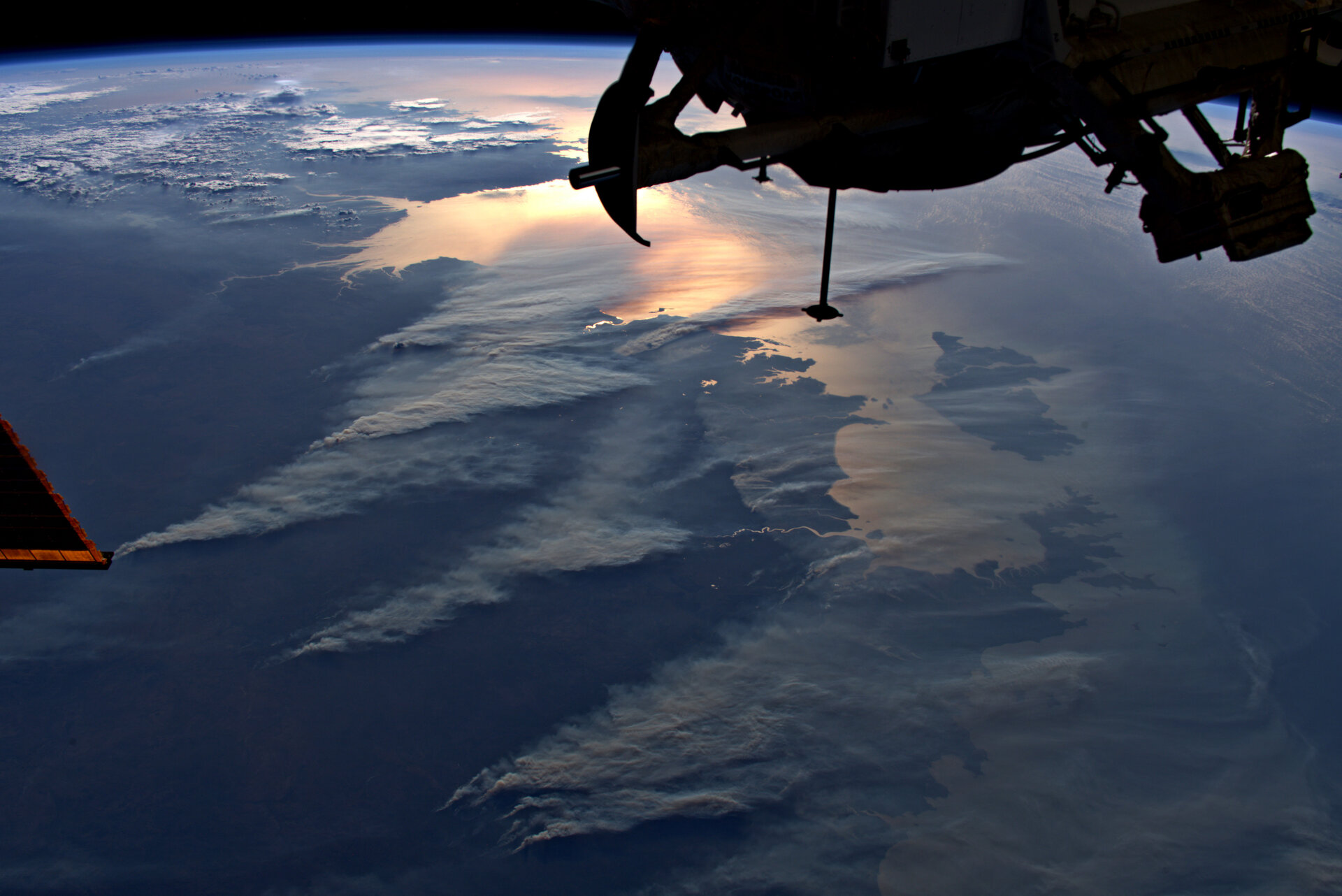 ESA astronaut Luca Parmitano captured this image of the Australian bushfires from the International Space Station and posted it to social media with the caption: "The beauty of a sunset over Australia, marred by hundreds of miles of smoke from fires."