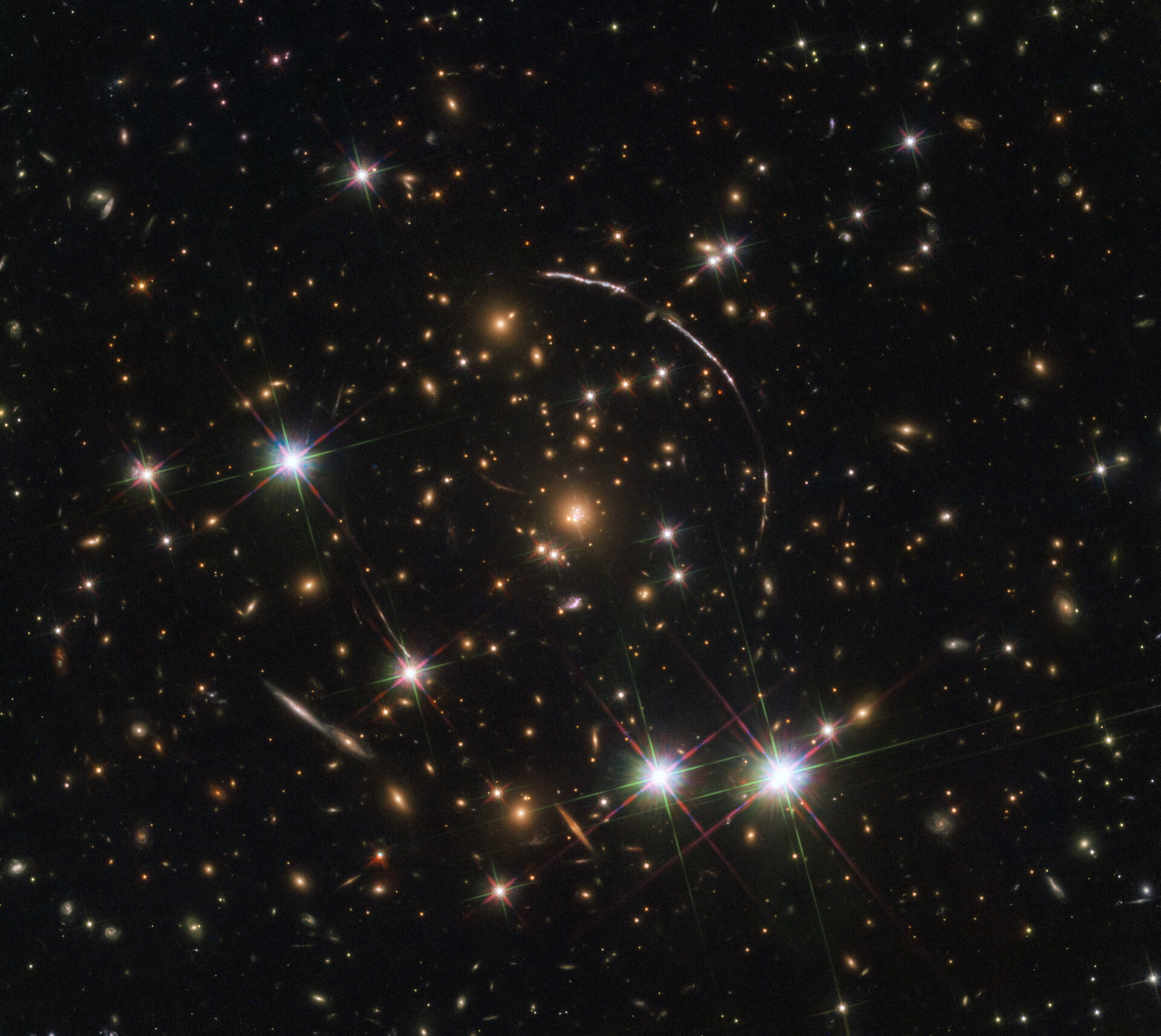 This image, taken with the NASA/ESA Hubble Space Telescope, shows a massive galaxy cluster, about 4.6 billion light years away. Along its borders four bright arcs are visible; these are copies of the same distant galaxy, nicknamed the Sunburst Arc.

The Sunburst Arc galaxy is almost 11 billion light-years away and the light from it is being lensed into multiple images by gravitational lensing. The Sunburst Arc is among the brightest lensed galaxies known and its image is visible at least 12 times within the four arcs.

Three arcs are visible in the top right of the image, the fourth arc in the lower left. The last one is partially obscured by a bright foreground star, which is located in the Milky Way.