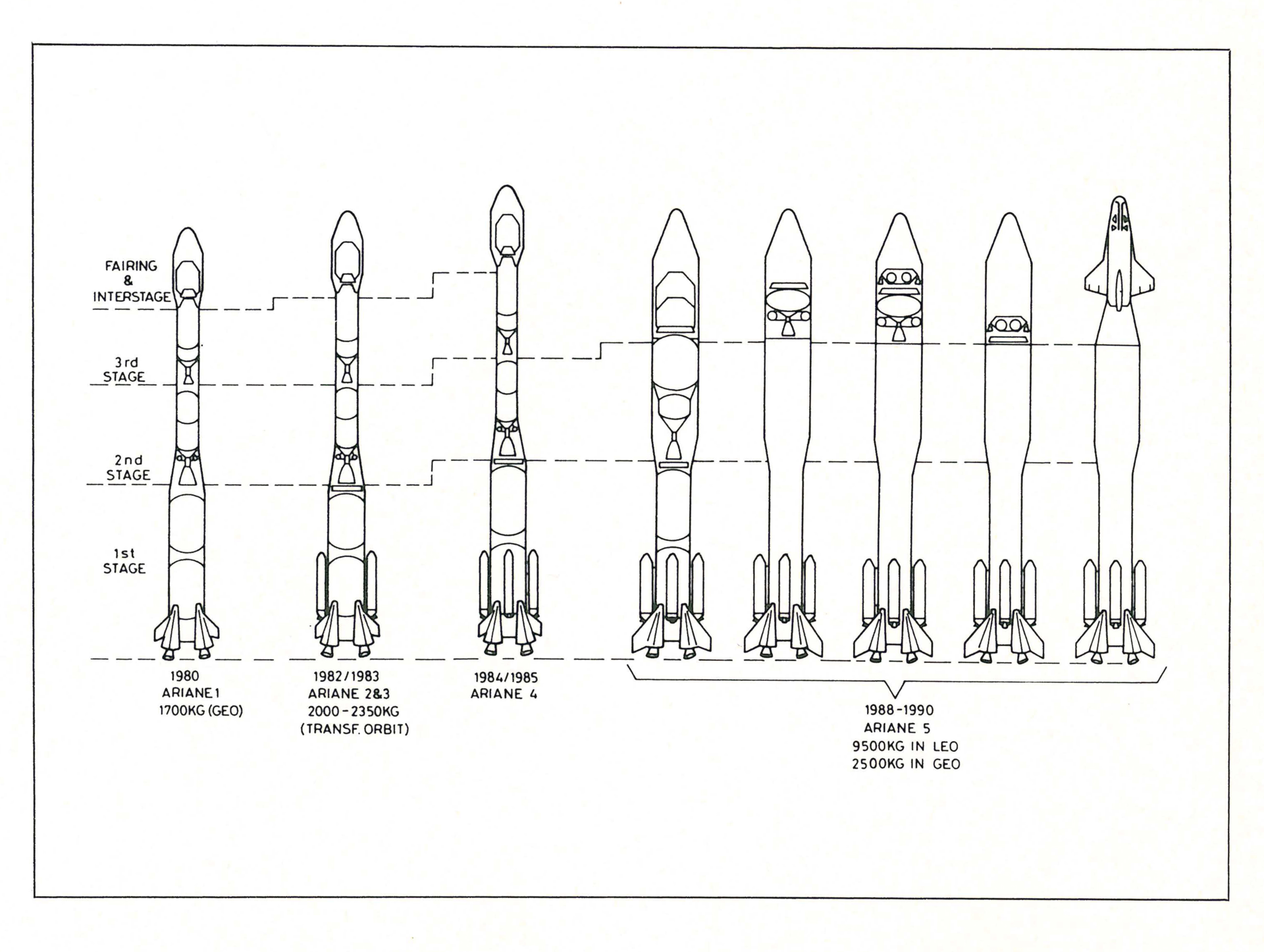 An overview of the Ariane launch vehicles in or projected to be in development for 1980-90, as published in the ESA Bulletin, February 1980. At this time, the very first and then-only Ariane (Ariane 1) launch had taken place only a few months earlier, in December 1979. This diagram was published under an article discussing several future space projects for Europe, and notes: "There are two competing technologies under consideration for performing the transfer between the low Earth and geosynchronous orbits, namely advanced chemical and electric-propulsion systems. The former have the advantage of employing more conventional technology and allowing shorter transfer times, whereas the latter require orders of magnitude less propellant but involve long mission times. The chemical systems could profit from the continued development of Ariane's upper stages. The feasibility and system compatibility of the electric-propulsion approach for [Satellite Power Systems] purposes are still unproven. Some development work on ion-thrusters and magnetoplasmadynamlc propulsion systems operating with inert gases (xenon, argon) is going on in Germany. Early performance tests in space could quantify their potential for orbit-raising and transfer applications on unmanned vehicles."