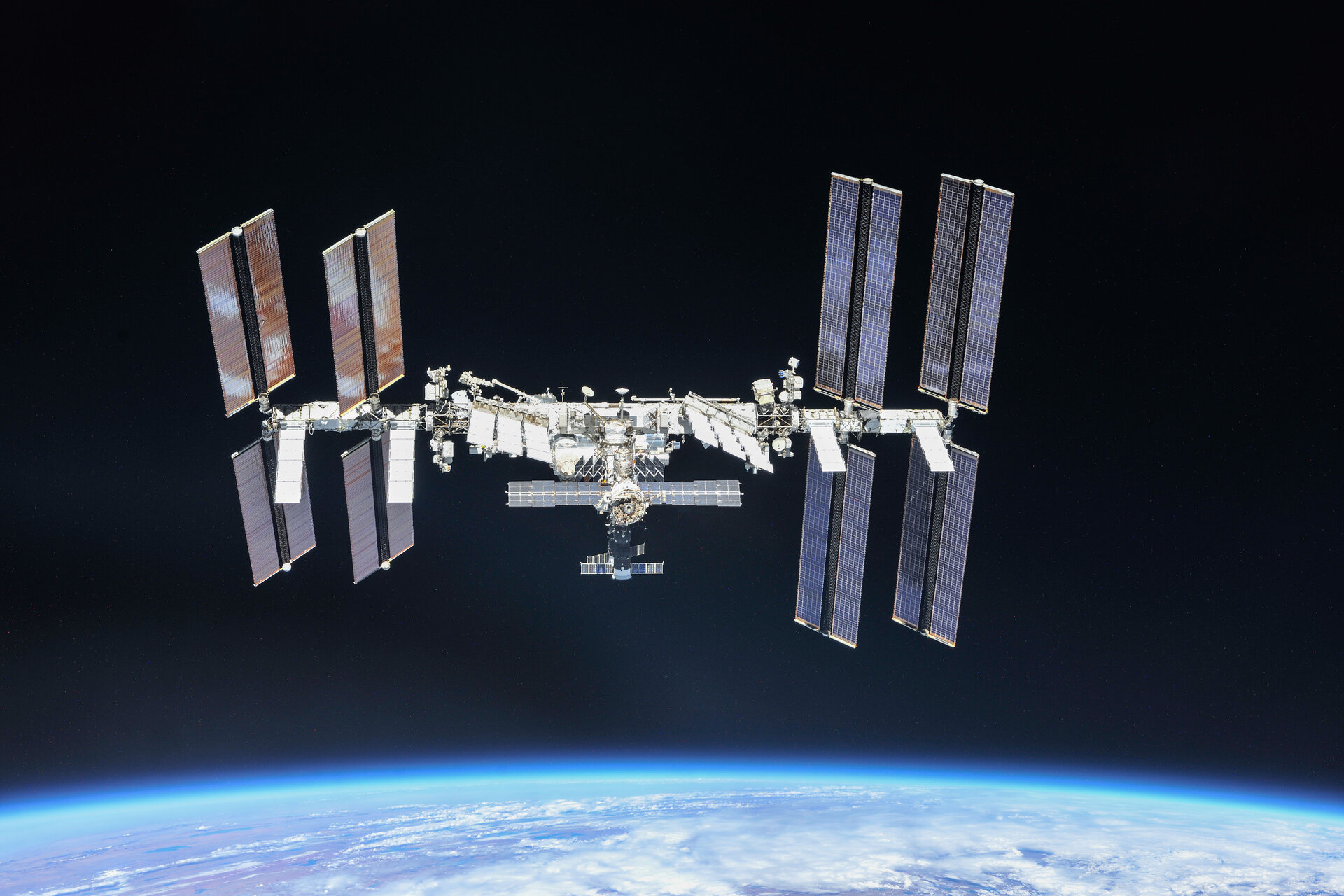 The International Space Station photographed by Expedition 56 crew members from a Soyuz spacecraft after undocking. NASA astronauts Andrew Feustel and Ricky Arnold and Roscosmos cosmonaut Oleg Artemyev flew around of the orbiting laboratory to take pictures of the station before returning home after spending 197 days in space. The Station celebrated the 20th anniversary of the launch of the first element Zarya in November 2018.