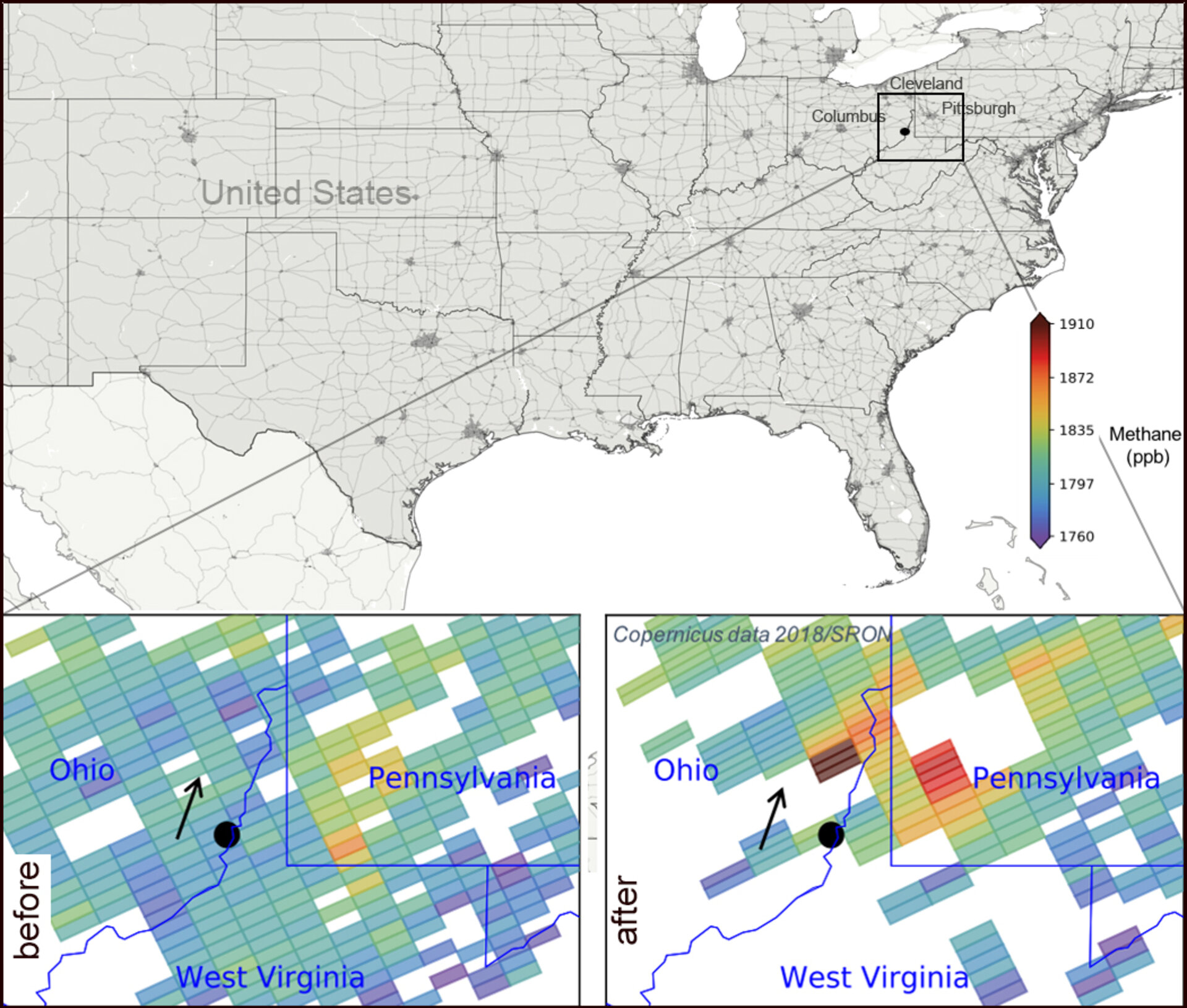 Data from the Copernicus Sentinel-5P satellite revealed that an explosion in a natural gas well in Ohio in February 2018 released more than 50 000 tons of methane into the atmosphere. The blowout leaked more of this potent greenhouse gas in 20 days than the majority of many European nations do in a year from their oil and gas industries.

The findings were published in a study yesterday in the Proceedings of the National Academy of Sciences, and the study reveals the importance of using satellite data to detect and quantify pollutants such as methane. Data from the Copernicus Sentinel-5P’s Tropomi instrument revealed that 120 tons of methane were emitted per hour due to the blowout.

The location of the explosion is marked by a black dot in the image, and shows the methane emissions before and after the blowout. The black arrow indicates the wind direction and the direction of the methane plume.

While carbon dioxide is more abundant in the atmosphere and therefore more commonly associated with global warming, methane is about 30 times more potent as a heat-trapping gas. It usually enters the atmosphere mainly from the fossil fuel industry, landfill sites, livestock farming, rice agriculture and wetlands – but can also be released during oil and gas extraction.

Sentinel-5P, with its state-of-the-art instrument Tropomi, can also map other pollutants such as nitrogen dioxide, carbon monoxide, sulphur dioxide and aerosols – all of which affect the air we breathe and our climate.