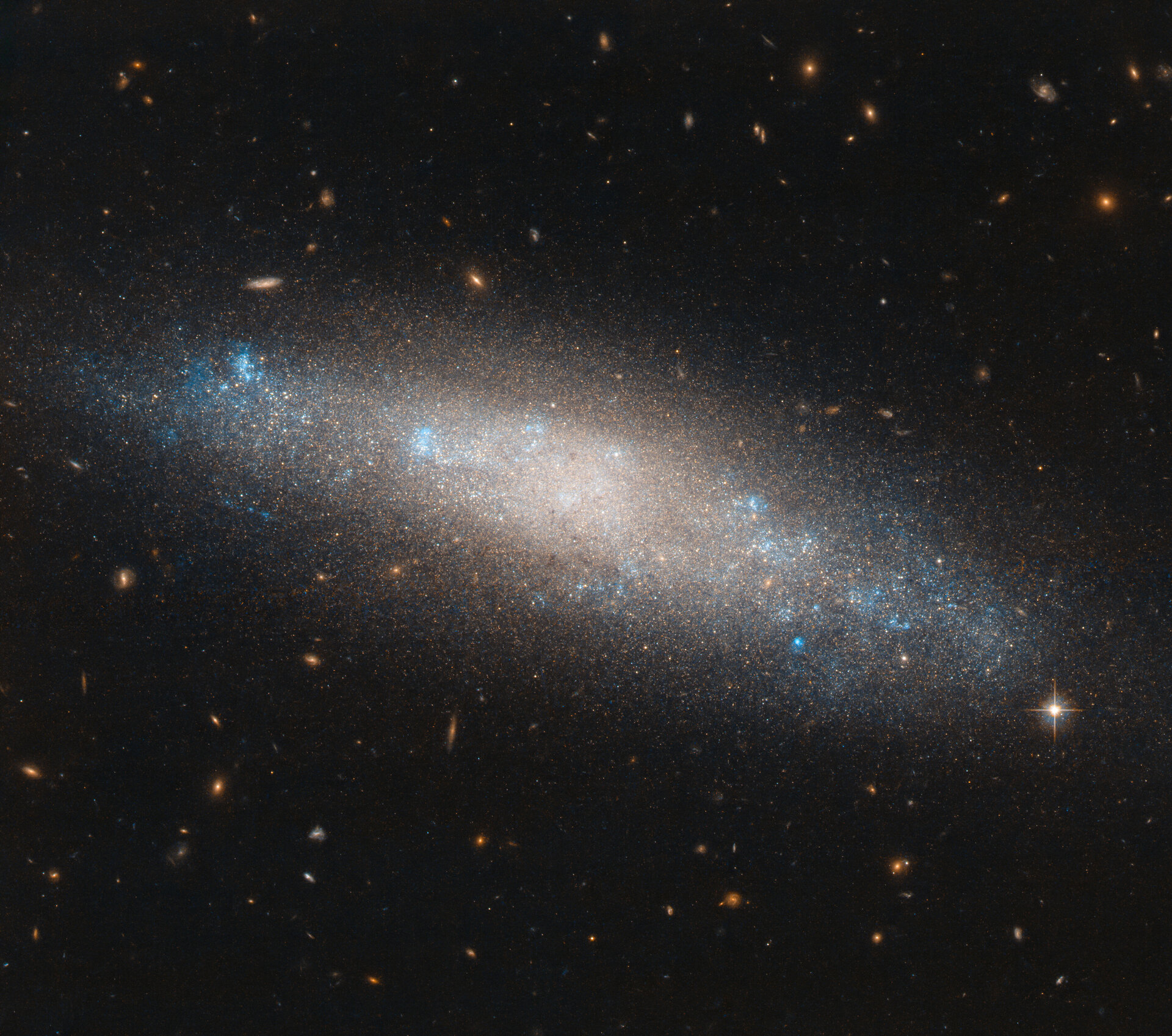 Placed among the stars

This smattering of celestial sequins is a spiral galaxy named NGC 4455, located in the northern constellation of Coma Berenices (Berenice’s Hair). This might sound like an odd name for a constellation — and in fact it is somewhat unusual; it’s the only modern constellation to be named in honour of a real person from history: Queen Berenice II of Egypt.

The story of Queen Berenice II is an interesting one. A ruling queen of the ancient Greek city of Cyrene in modern-day Libya, and later a queen of Ptolemaic Egypt through her marriage to her cousin Ptolemy III Euergetes, Berenice became known for sacrificing locks of her hair as an offering to ensure her husband’s safe return from battle. Her husband did indeed return safely and her hair, which she had left in a Zephyrium temple, had disappeared — it had apparently been stolen and placed among the stars.

Should it be located in NGC 4455, it travelled a long way. The galaxy is about 45 million light-years away. This image was taken by the NASA/ESA Hubble Space Telescope’s Advanced Camera for Surveys.