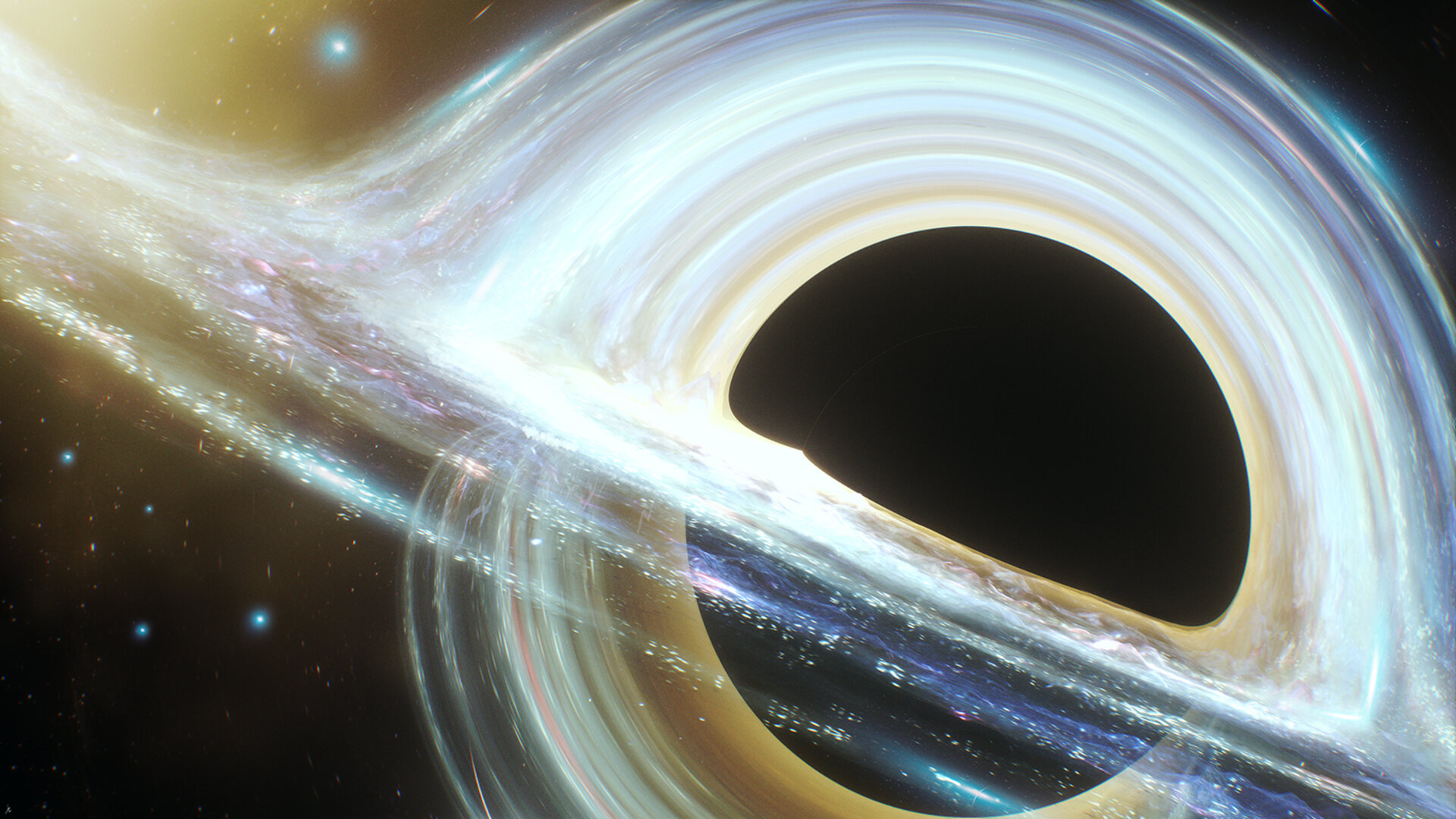 On 10 December, ESA’s XMM-Newton X-ray space observatory is celebrating its 20th launch anniversary. In those two decades, the observatory has supplied a constant stream of outstanding science. One area that the mission has excelled in is the science of black holes, having had a profound effect on our understanding of these cosmic enigmas.

Black holes are celestial objects so dense that nothing, not even light, can escape their pull. In this artist’s impression, the weird shapes of light around the black hole are what computer simulations predict will happen in the vicinity of its intense gravitational field.

Although neither XMM-Newton nor any other telescope can actually see black holes in this detail, the mission’s data and observations have provided a great source of information about these mysterious gravitational traps. In particular, XMM-Newton has been particularly good at isolating the X-rays given out by high-temperature, ionised atoms of iron as they swirl towards doom in the black hole.

The X-rays given out from the iron contain information about the geometry and dynamics of the black hole. In 2013, XMM-Newton was used to measure such emission in order to study the rotation rate of the supermassive black hole at the centre of the spiral galaxy NGC 1365.

Supermassive black holes, with masses between millions and billions of times the mass of our Sun, are thought to lurk in the centre of almost every large galaxy in the Universe. Their rotation rate is important because it can give away important details about the history of their host galaxy.

More recently, XMM-Newton discovered mysterious flashes from the black hole at the centre of another galaxy called GSN 069. These flares took place every nine hours or so, raising the brightness of the X-ray emission by a factor of 100. These eruptions are thought to be coming from the matter caught in the black hole’s gravitational grip or from a less massive black hole circling the more massive one.

As XMM-Newton continues into its third decade, black holes and the galaxies they are found in will continue to be a priority target.