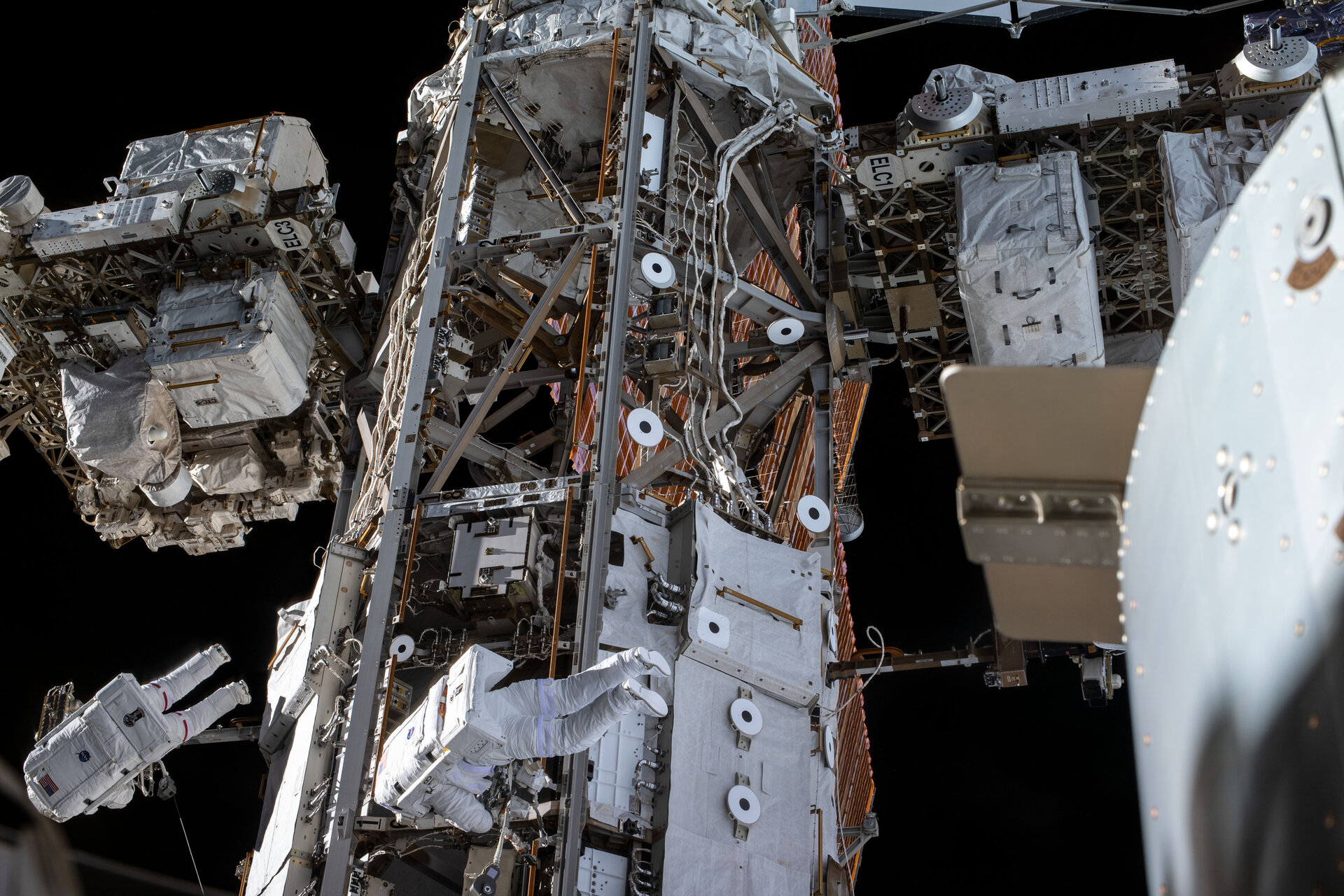 Saturday’s spacewalk, which lasted five hours and 55 minutes, was the last in a four-part series to extend the life of the particle physics detector that was not designed to be maintained in space.

Installed on the outside of the International Space Station in 2011, the instrument out-lived its three-year mission time to provide researchers with invaluable data on cosmic rays that bombard our planet. When the cooling pumps for AMS-02 began to fail, plans were made to service the instrument in space and give it a new lease on life and science.

During the first three spacewalks Luca and Drew replaced the old cooling system with a new one using a tube-tying technique known as swaging that was quite the feat to perform in space gloves.

On this final spacewalk, where Drew held the lead role of EV1, the pair set out to check the tubes that connect the cooling system to the larger instrument for any leaks.

When a leak was found in tube number five, Luca tightened this connection and waited around an hour before checking the tube again. Upon this second check, a leak was still present, but thankfully after retightening once more and waiting again the leak was overcome and the system was declared leak-free.

In between these leak checks, the duo worked on get-ahead tasks, activities that often set the stage for future spacewalks, should the astronauts have extra time on their hands.

Once all leaks were addressed, Luca and Drew wrapped things up by installing a mud flap between the new pump and vertical support beam before removing a cover known as a shower cap to expose the new radiator system.