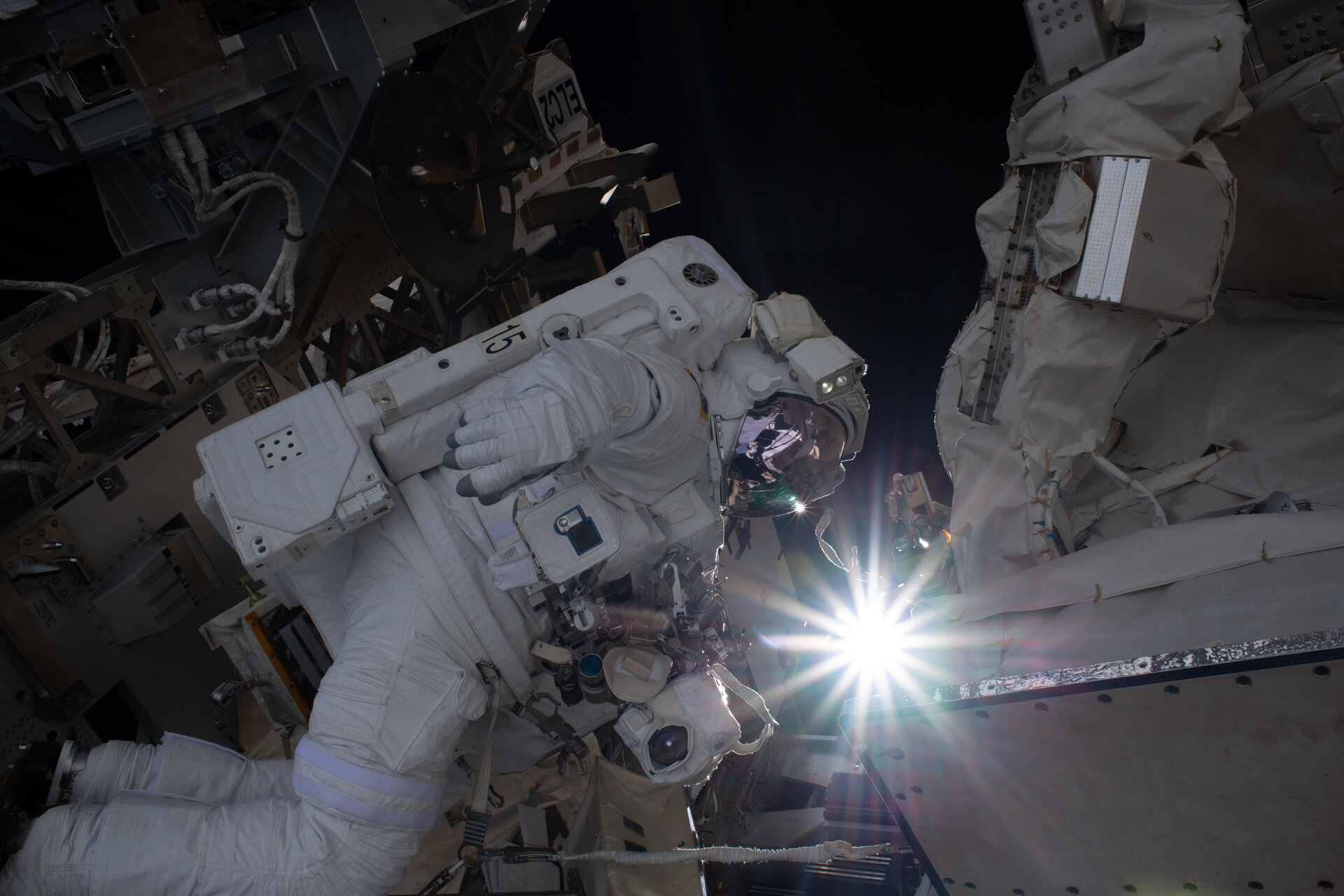 Drew in the light

Here NASA astronaut Andrew Morgan is visible with the glint of light behind him.

The spacewalk was the most critical of four spacewalks planned to service the Alpha Magnetic Spectrometer that has provided scientists with invaluable data on cosmic particles long after its original three-year mission. In 2017 the decision was made to service the instrument after all four cooling systems wore out.

Luca and Drew began by passing the cooling system to each other as they inched their way from the airlock to the Space Station’s robotic arm. Luca then attached himself to the arm and – aided by astronaut Jessica Meir who operated this from inside the Station – transported the system to the hard-to-reach worksite.

Luca rode the arm into position, seen in this image, and together with Drew screwed the new pump onto AMS. The system was powered on and Luca was moved to a different location by robotic arm for the swage operations. Luca did six swages before taking the robotic arm ride again to the underside of AMS for the last two where he finished the job.

The spacewalk was a success, with Luca and Drew finishing their delicate and unprecedented work ahead of schedule. They returned to the Space Station airlock ending the spacewalk at six hours and two minutes. A fourth and last spacewalk for AMS is planned for January 2020.