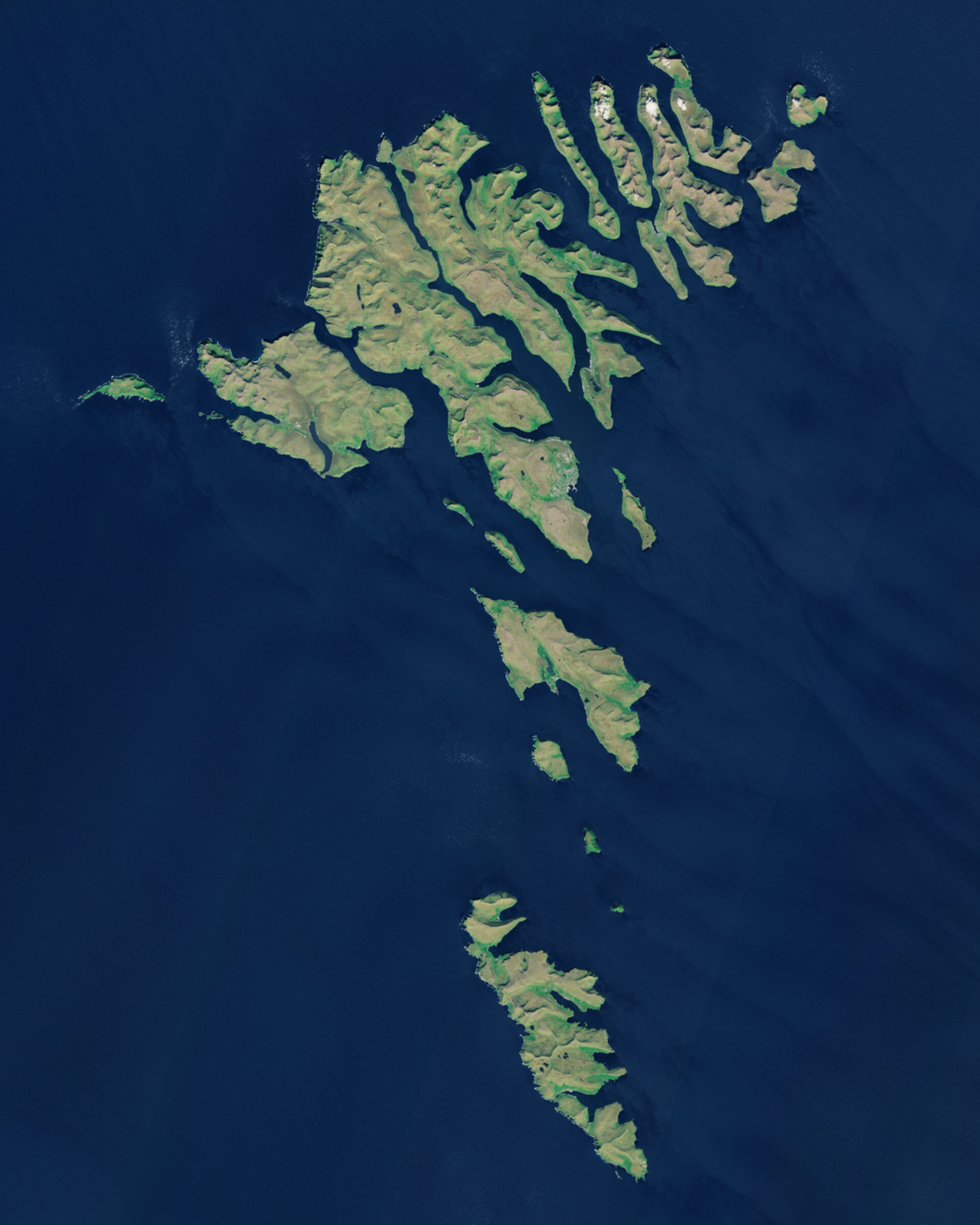 The Copernicus Sentinel-2 mission takes us over the Faroe Islands, located halfway between Iceland and Norway in the North Atlantic Ocean. The Faroe Islands are an archipelago made up of 18 jagged islands and are a self-governing nation under the external sovereignty of the Kingdom of Denmark.

The archipelago is around 80 km wide and has a total area of approximately 1400 sq km. The official language of the Faroe Islands is Faroese, a Nordic language which derives from the language of the Norsemen who settled the islands over 1000 years ago.

The islands have a population of around 50 000 inhabitants – as well as 70 000 sheep. Around 40% of the population reside in the capital and largest city of the Faroe Islands, Tórshavn, visible on the island of Streymoy, slightly above the centre of the image.

The islands are a popular destination for birdwatchers, particularly on the island of Mykines, the westernmost island of the Faroese Archipelago. The island provides a breeding and feeding habitat for thousands of birds, including the Atlantic Puffins.

In this image, captured on 21 June 2018, several clouds can be seen over the Northern Isles, top right of the image. Low vegetation is visible in bright green.

The unique landscape of the Faroe Islands was shaped by volcanic activity approximately 50 to 60 million years ago. The original plateau was later restructured by the glaciers of the ice age and the landscape eroded into an archipelago characterised by steep cliffs, deep valleys and narrow fjords.

The islands are particularly known for their dramatic landscape, grass-roofed houses and treeless moorlands. The Faroe Islands boast over 1000 km of coastline and because of their elongated shape, one can never be more than five km to the ocean from any point of the islands.