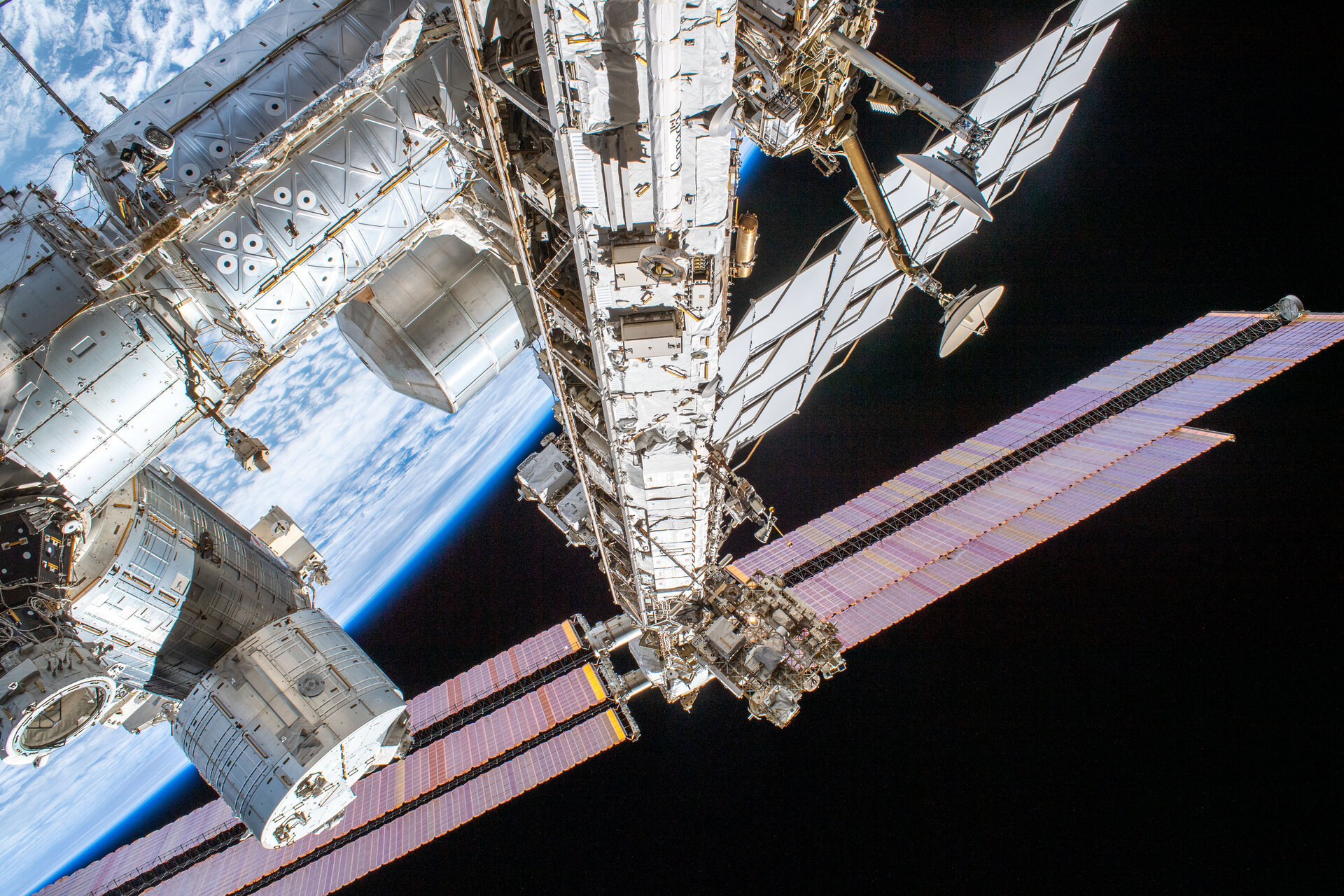 The image shows the Japanese Kibo module left and the solar arrays in the distance over Earth. Luca and his spacewalking partner NASA astronaut Andrew Morgan were on the first of several spacewalks in the complex series to maintain AMS-02 on Friday 15 November 2019. It was the first time a European astronaut has held the leading role in a spacewalk known as EV1.