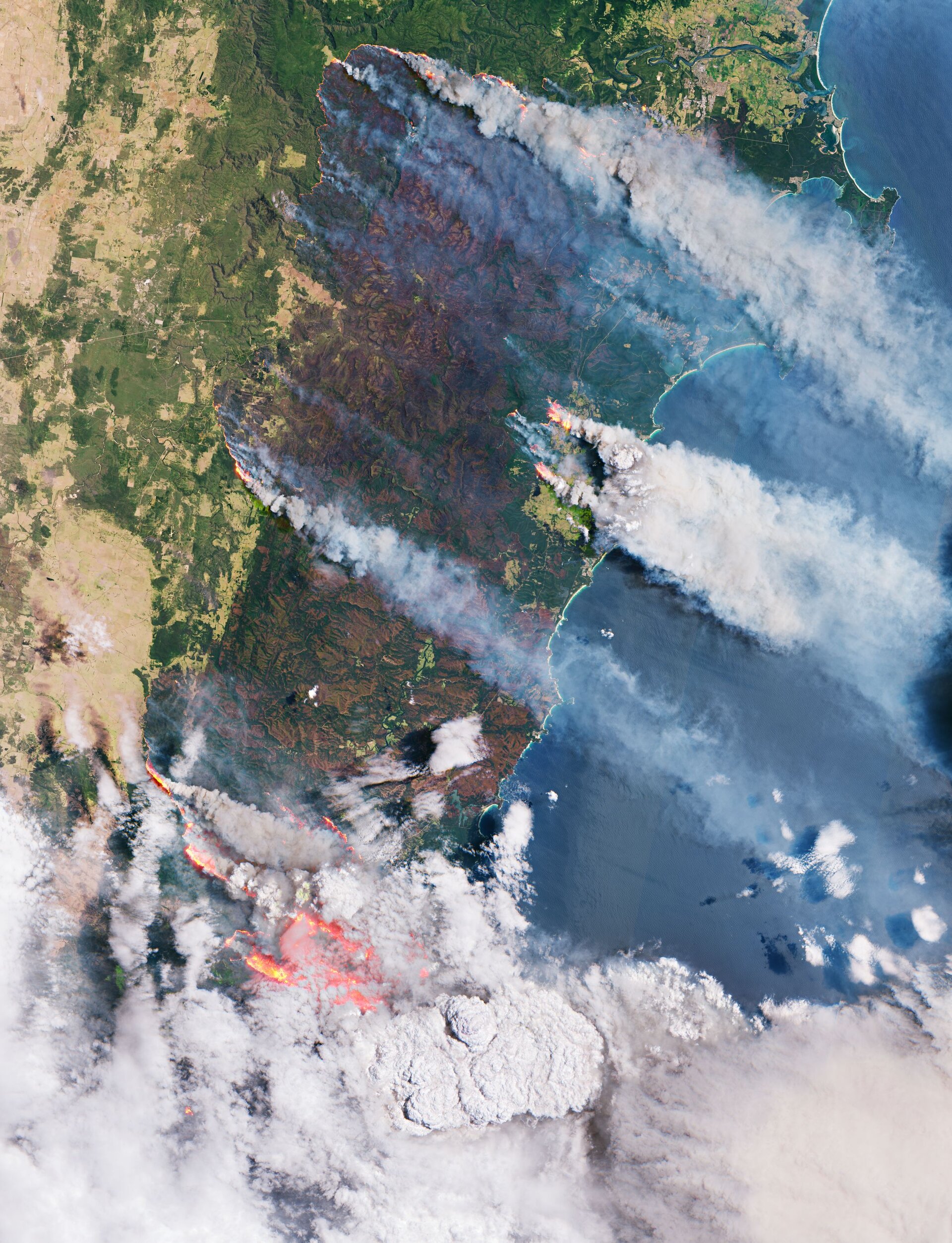 Smoke and flames in Australia

The Copernicus Sentinel-2 mission has been used to image the fires. The Sentinel-2 satellites each carry just one instrument – a high-resolution multispectral imager with 13 spectral bands. The smoke, flames and burn scars can be seen clearly in the image shown here, which was captured on 31 December 2019. The large brownish areas depict burned vegetation and provide an idea of the size of the area affected by the fires here – the brown ‘strip’ running through the image has a width of approximately 50 km and stretches for at least 100 km along the Australian east coast.