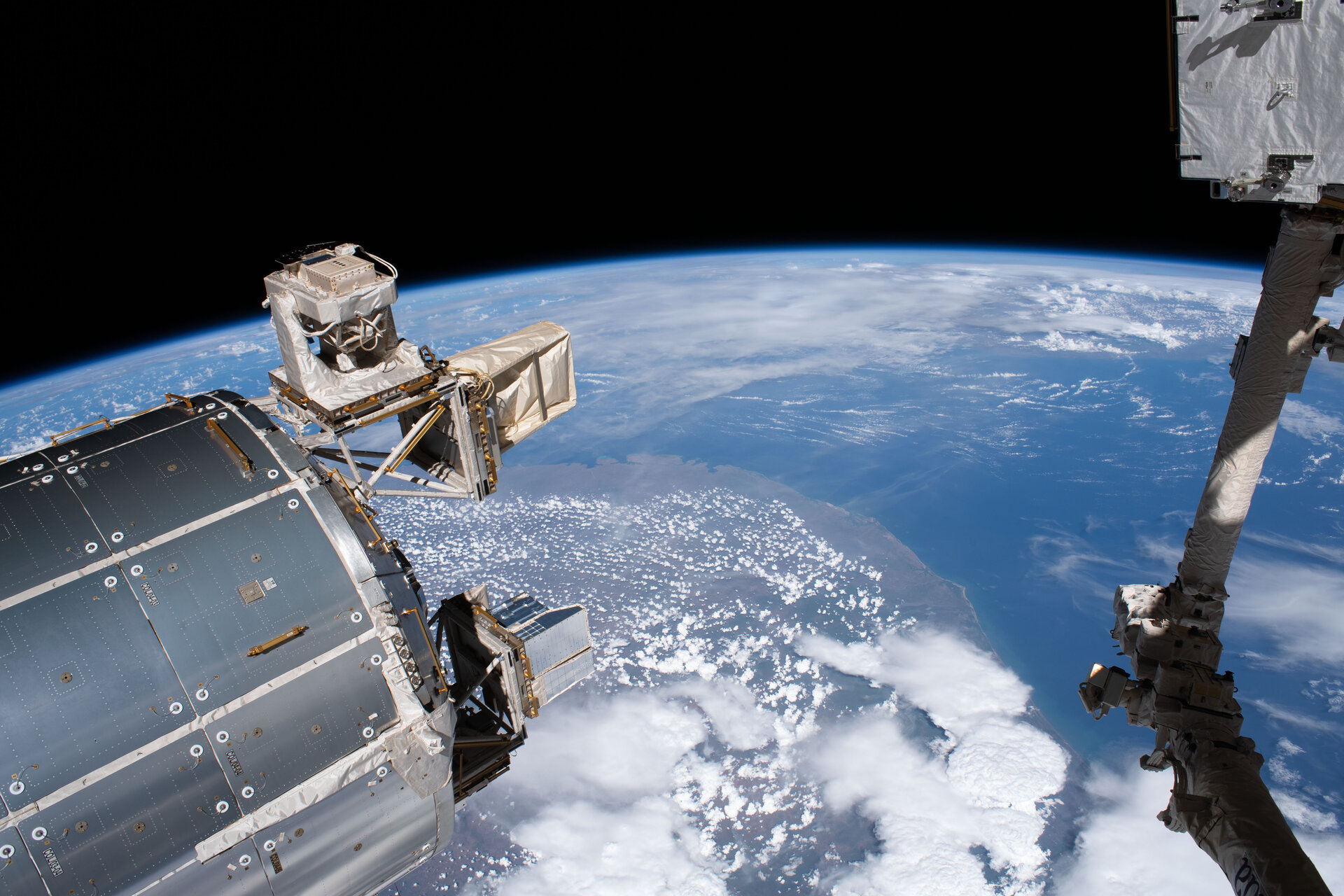 Image of Europe's space laboratory Columbus taken by ESA astronaut Luca Parmitano from outside the International Space Station on the second spacewalk to service the cosmic ray detecting Alpha Magnetic Spectrometer (AMS-02) on 22 November 2019. The Atmosphere–Space Interactions Monitor, or ASIM, installed outside the European space laboratory Columbus to monitor electric events at high altitudes can be seen with its blue exterior. The space-borne storm-hunter is continuously monitoring thunderstorms as it flies 400 km overhead on the International Space Station.

Due to the the AMS worksite being difficult to reach on top of the Station’s S3 Truss structure between a pair of solar arrays and radiators, Luca traveled to and from the site on the end of the robotic arm operated by NASA astronaut Jessica Meir from inside the Station.