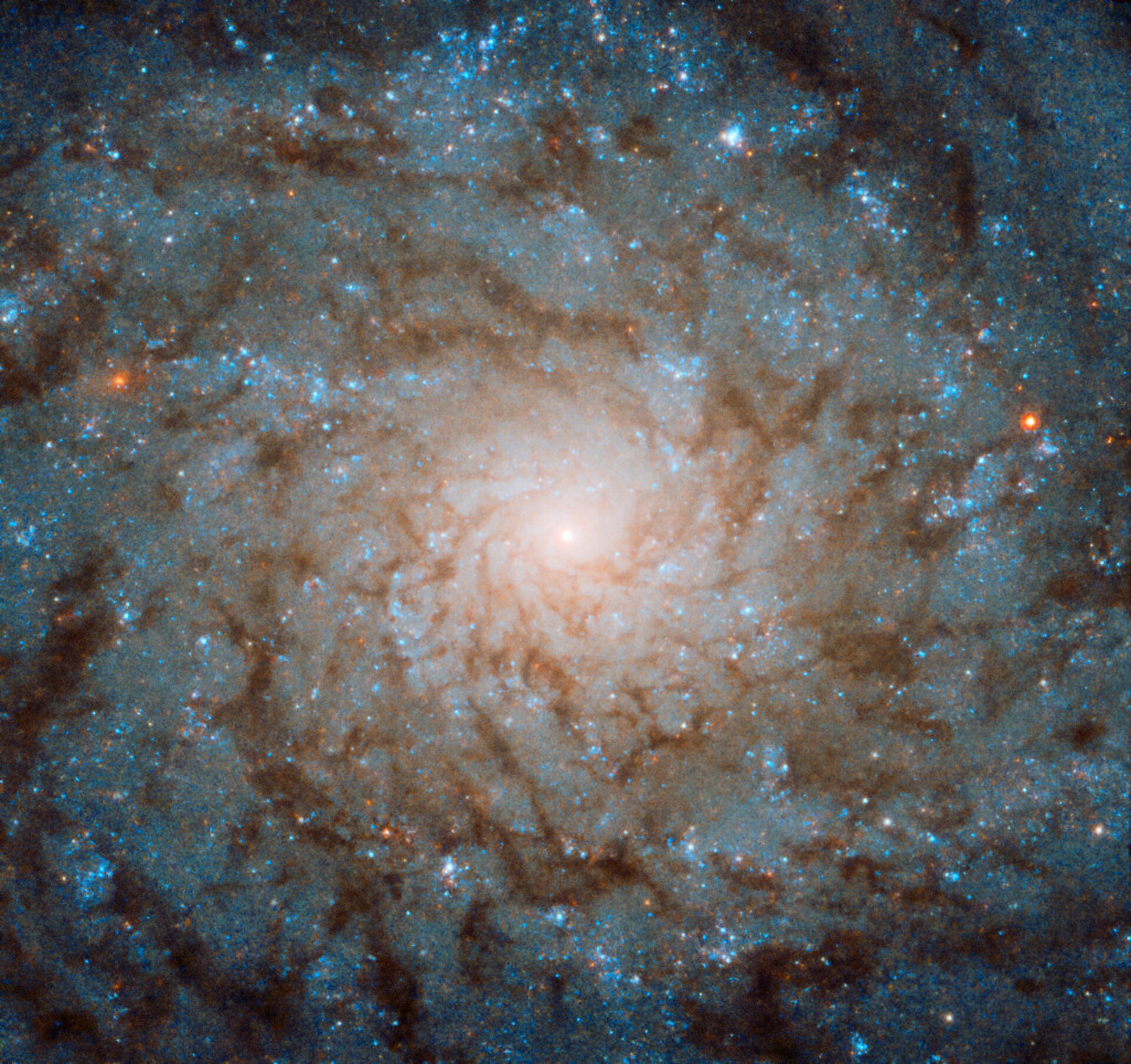 The NASA/ESA Hubble Space Telescope is no stranger to spiral galaxies. The telescope has brought us some of the most beautiful images ever taken of our spiral neighbours — and this Picture of the Week, which features a galaxy known as NGC 4689, is no exception.

However, seen almost face on, NGC 4689 appears less like a majestic spiral and more like a smudged fingerprint on the sky. No matter how good the image quality, there is little contrast between the spiralling arms of stars, gas, and dust, and the less dense areas in between. This is because NGC 4689 is something known as an “anaemic galaxy”, a galaxy that contains only quite small quantities of the raw materials needed to produce stars. This means that star formation is quelled in NGC 4689, and the pinwheeling, bustling arms are less bright than those belonging to other Hubble muses.

Despite this subtlety when compared to its brash, spotlight-stealing relatives, NGC 4689 retains an otherworldly charm, its delicately glowing material standing out subtly from the surrounding darkness of space.