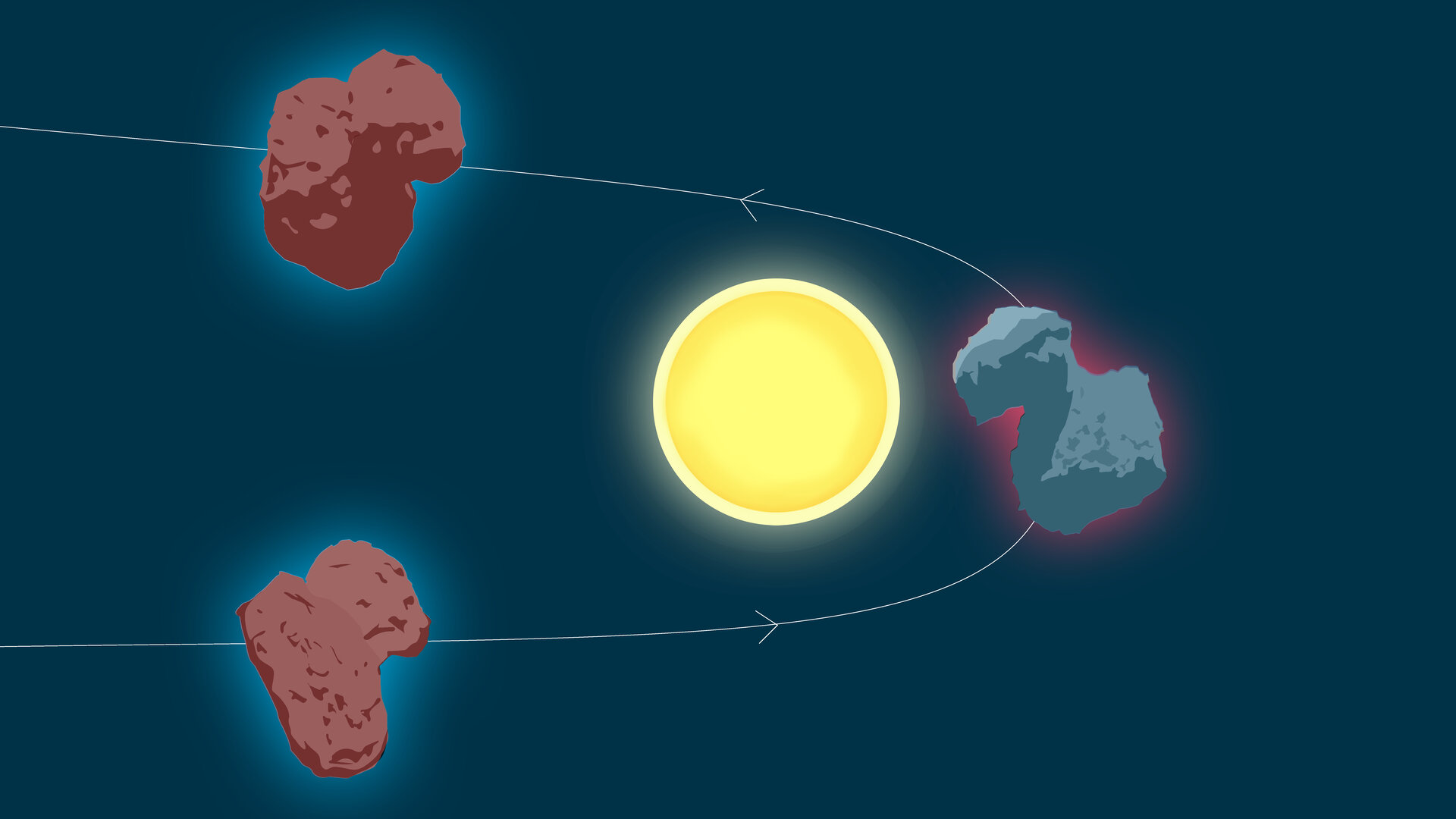 Two years of data from Rosetta's VIRTIS instrument has shown that the comet subtly changed colour as it drew close to the Sun and moved away from it again. When far from the Sun the nucleus of the comet was redder than the surrounding particles in the coma, which were dominated by water ice grains measuring about 100 micrometres across. However, as the comet drew close to the Sun, the nucleus became bluer because fresh ice was revealed. In contrast, the coma became redder as sub-micrometre dust grains made of organic matter and carbon were thrown off the comet. When the comet moved away from the Sun, the activity on the comet decreased and the colours returned to the nucleus being redder than the coma.