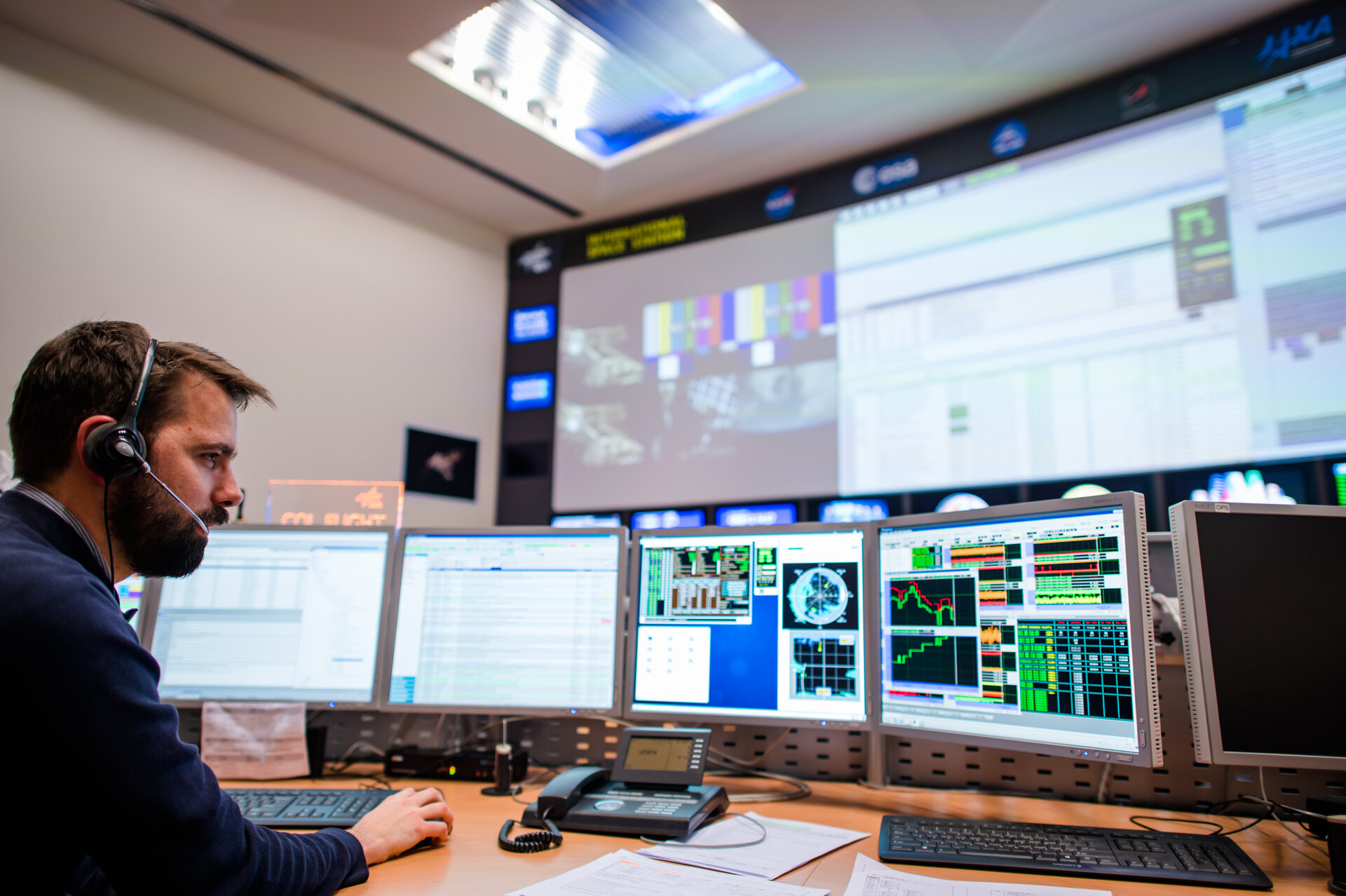 Columbus Flight Director during a scientific session with the Myotones experiment.

ESA's Columbus Control Centre, known by its call-sign Col-CC, supports the European Columbus space laboratory. It is located at the German Aerospace Center DLR in Oberpfaffenhofen, near Munich, Germany.

The Control Centre is the direct link to Columbus in orbit. The centre's main functions are to command and control the European space laboratory Columbus’ systems, to coordinate operations of European payloads on the International Space Station and to operate the European ground communications network.