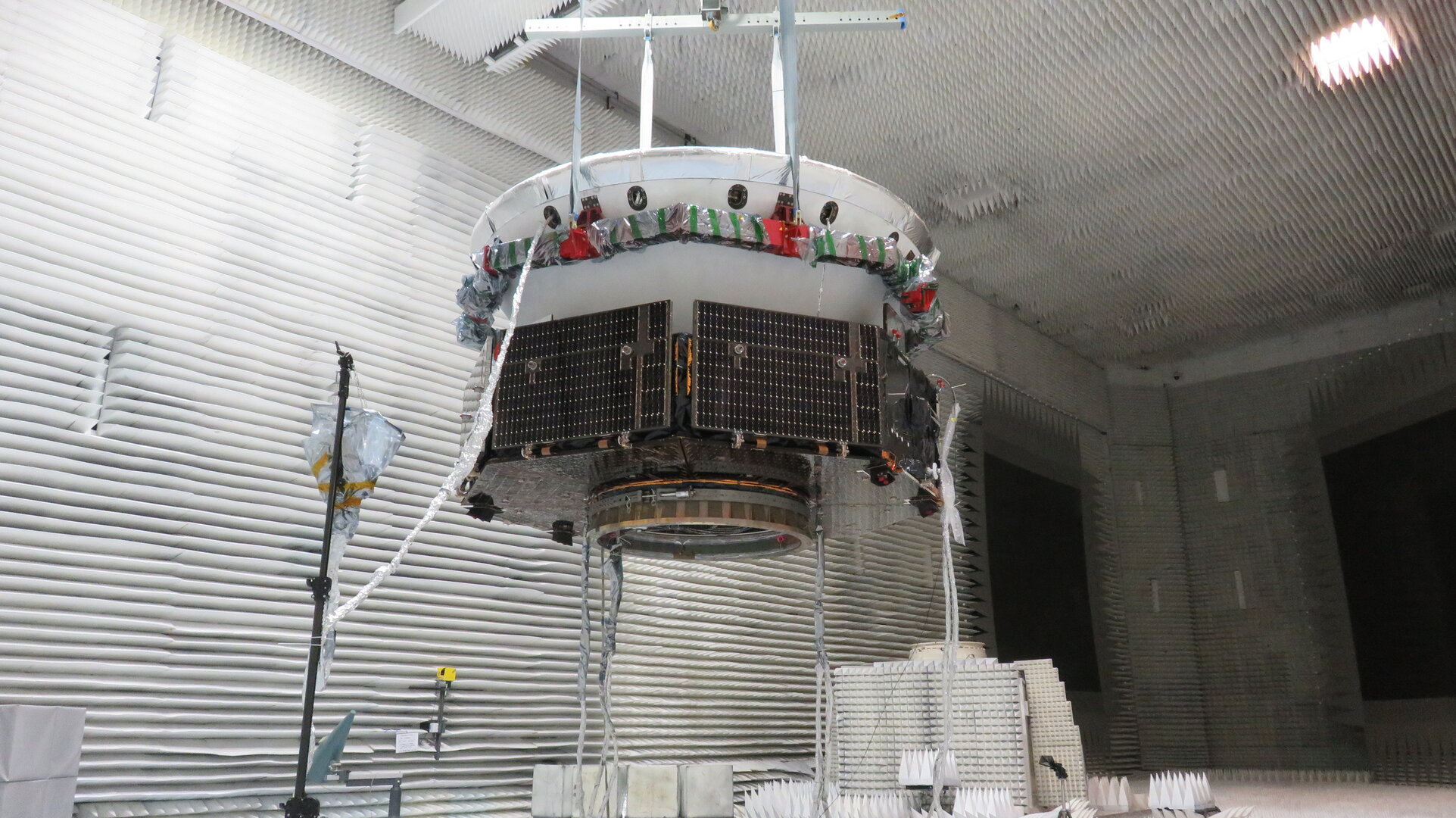 The ExoMars landing platform, carrier and descent modules together during environmental testing in the anechoic chamber at ThalesAlenia Space (TAS) in Cannes, France.

The composite spacecraft is undergoing environmental testing to confirm it is ready to endure the harsh conditions of space on its eight-month journey to Mars.

The carrier module, provided by OHB System, is the communication link between Earth and the spacecraft, and will support navigation with star trackers and Sun sensors. The descent module and landing platform, provided by Lavotchkin, are mated in this picture.

The three integrated modules were placed in a special chamber with the inside walls covered with pyramid-shaped non-reflective foam to absorb signals such as TV and radio, radar and even mobile phone calls, and prevent unwanted reflections.

The tests will verify that the modules work well together without any glitches or interference.

The ExoMars mission will investigate how Mars has evolved and whether there may be conditions for life.