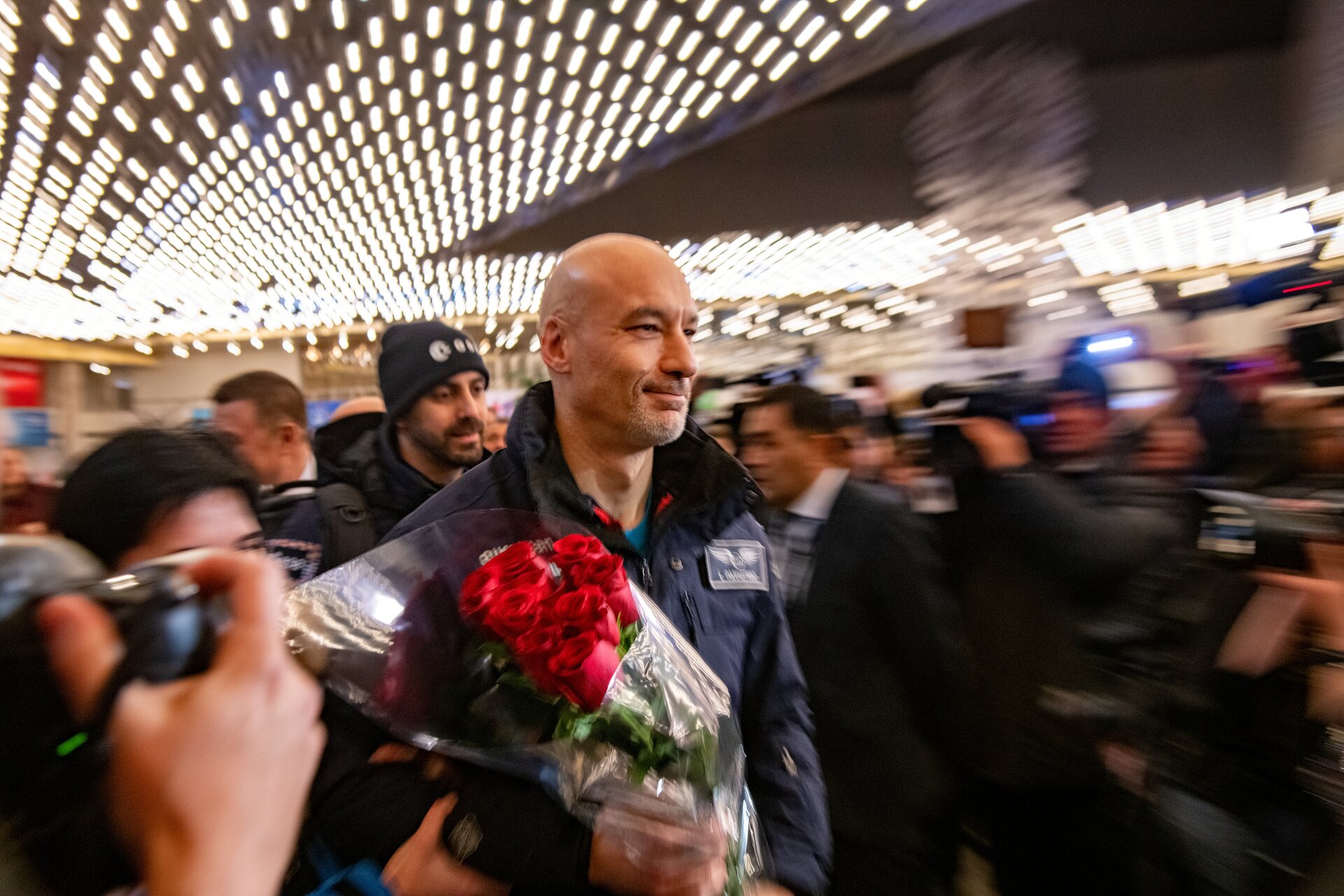 ESA astronaut Luca Parmitano touched down in the Kazakh Steppe at 09:12 GMT (10:12 CET), 6 February 2020 after his second six-month mission on the International Space Station. Luca returned to Earth in the Russian Soyuz MS-13 spacecraft alongside US astronaut Christina Koch and Russian cosmonaut Alexander Skvortsov.

During his second mission, known as ‘Beyond’, Luca served as the third European and first ever Italian in command of the International Space Station. Before leaving the Station, he handed this role over to Russian cosmonaut Oleg Skripocha in a traditional change of command ceremony.

While in orbit, Luca also performed four complex spacewalks to maintain the cosmic-ray-detecting Alpha Magnetic Spectrometer AMS-02, remotely operated a rock-collecting rover in the Netherlands, supported more than 50 European and over 200 international experiments, gained the European record for longest cumulative spacewalking time, and publicly shared countless images as he warned of the challenges facing our planet.

Luca will now return to ESA’s Astronaut Centre in Cologne, Germany where he will continue to work with researchers to gather baseline data and undertake an extensive programme of rehabilitation supported by ESA experts. The findings of this research and Luca's work in space will help shape the future of space exploration and enhance technological developments on Earth.