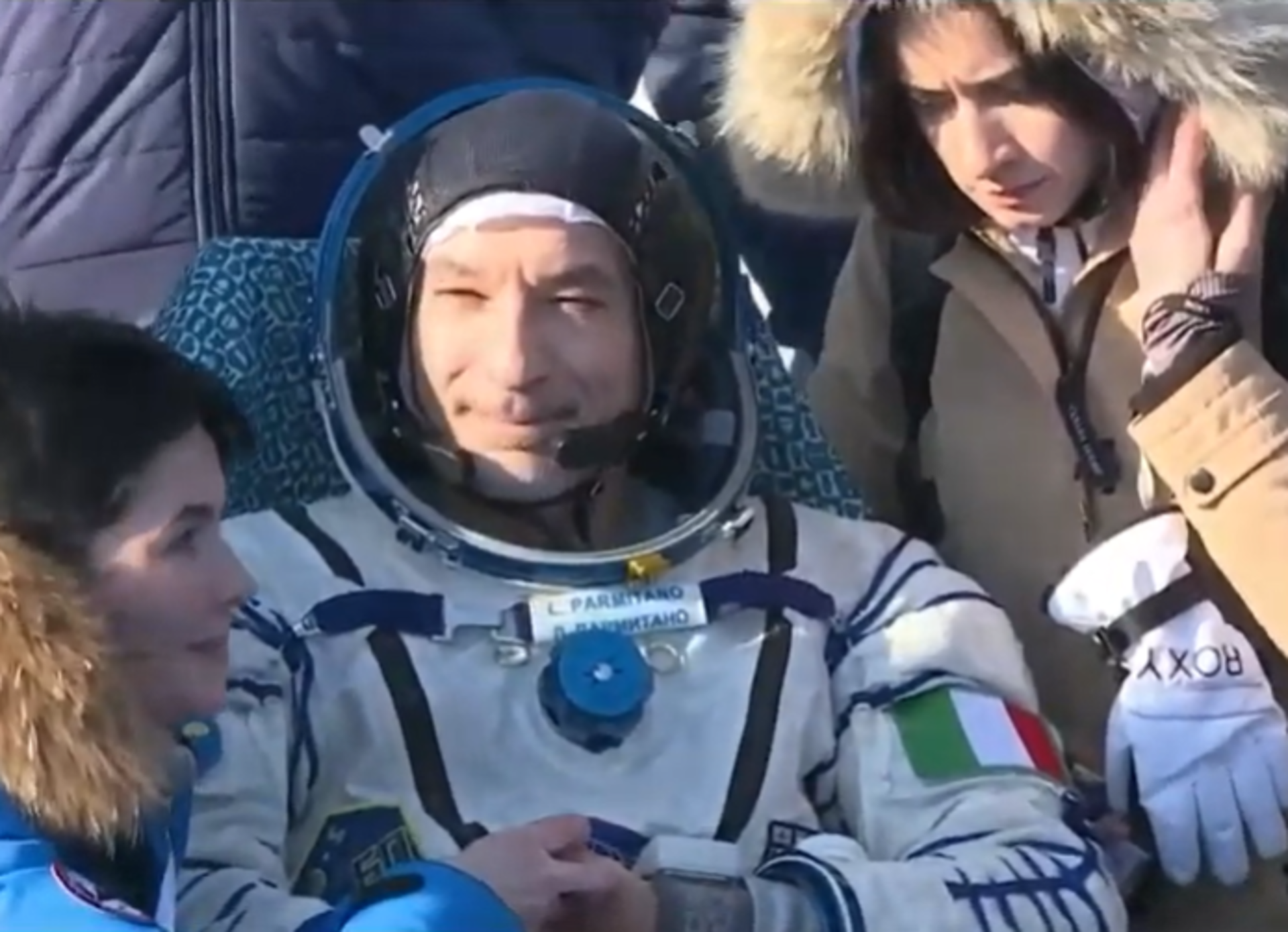 Luca back from Beyond mission

Early image of ESA astronaut Luca Parmitano back on Earth following his six-month Beyond mission on the International Space Station.

Beyond was Luca's second mission and he returned to Earth in a Russian Soyuz MS-13 spacecraft alongside NASA astronaut Christina Koch and Russian Soyuz commander Alexander Skvortsov. The trio touched down in the Kazakh Steppe at 09:12 GMT (10:12 CET) as scheduled and Luca will now return to Cologne, Germany where he will be supported by ESA experts through a comprehensive programme of science and rehabilitation.