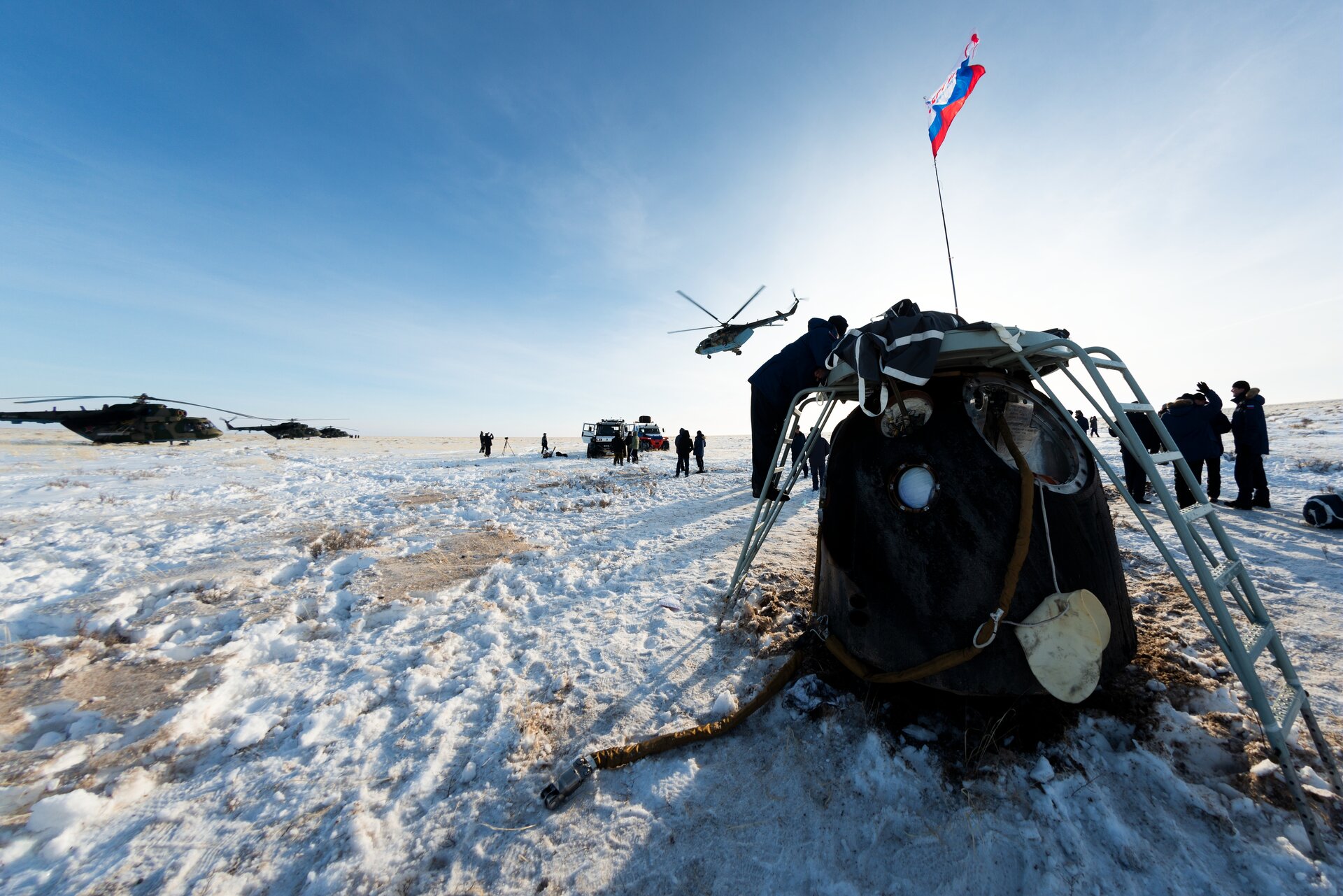 ESA astronaut Luca Parmitano emerges from the Soyuz MS-13 spacecraft after landing in the steppes of Kazakhstan at 09:12 GMT (10:12 CET), 6 February 2020.

Luca returned to Earth, after six months on the International Space Station mission, alongside US astronaut Christina Koch and Russian cosmonaut Alexander Skvortsov. This was Luca’s second mission to the Space Station and is known as mission ‘Beyond’.

During his Beyond mission, Luca served as the third European and first ever Italian in command of the Station. He also performed four complex spacewalks to repair the particle physics instrument AMS-02, remotely operated a rock-collecting rover in the Netherlands, set the European record for most cumulative spacewalking hours and shared countless images of our planet from space.

He will now return to ESA’s Astronaut Centre in Cologne, Germany, where he will continue to work with researchers and undergo an extensive programme of rehabilitation as he readapts to Earth’s gravity.