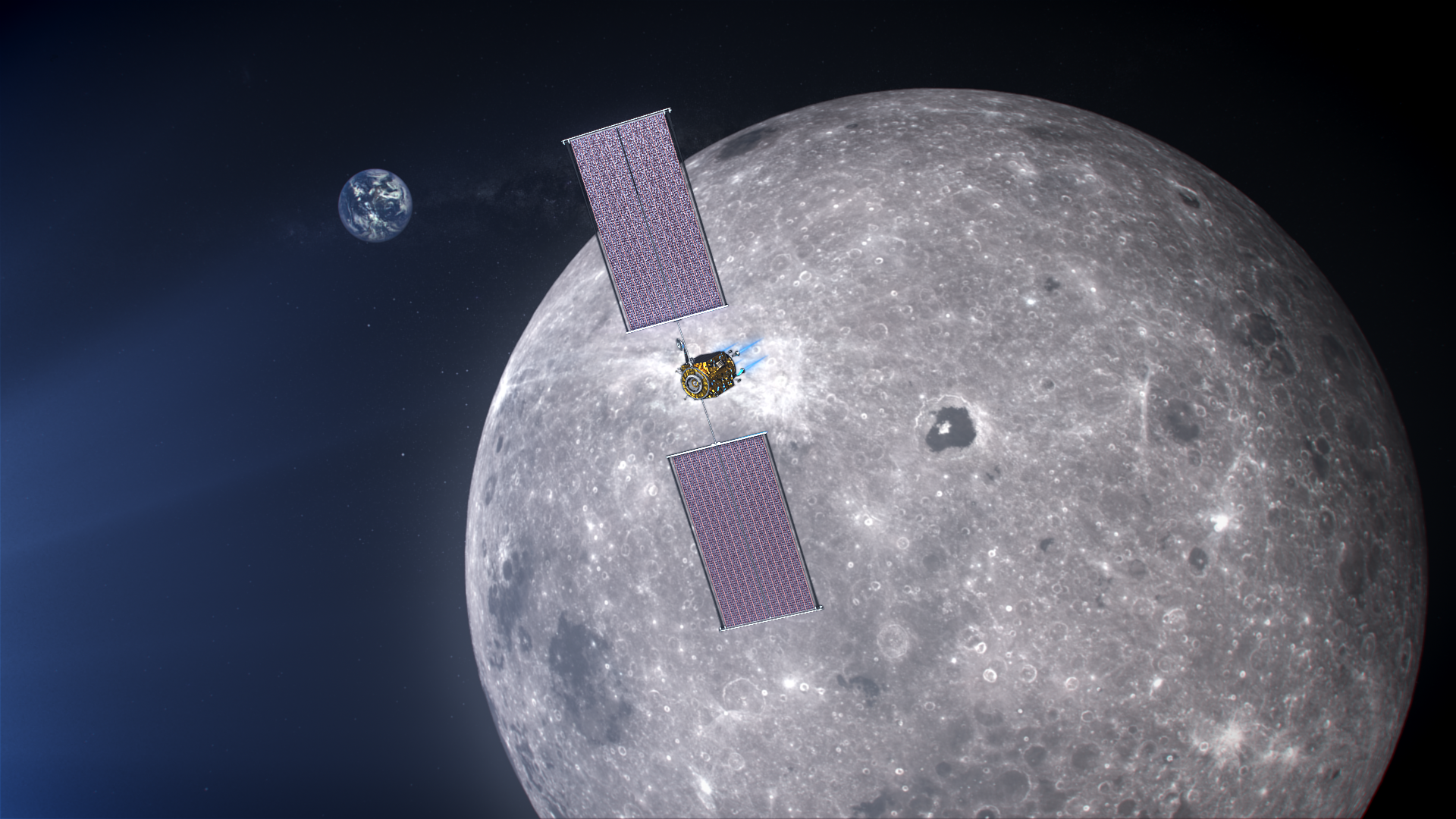 A concept image of the first module that will make up the Gateway. Set for assembly over the course of this decade, the Gateway will be placed in a highly elongated, or ‘eccentric’ week-long orbit around the Moon, passing a minimum 3000 km from the lunar surface and 70 000 km at its furthest away. Crewed missions will require much less energy to rendezvous with the Gateway than to fly direct to the surface of the Moon, and could then venture down using Gateway-based landers.

The first module for the Gateway, the Power and Propulsion Element, is set to launch on the second Artemis mission and will host two external scientific investigations.