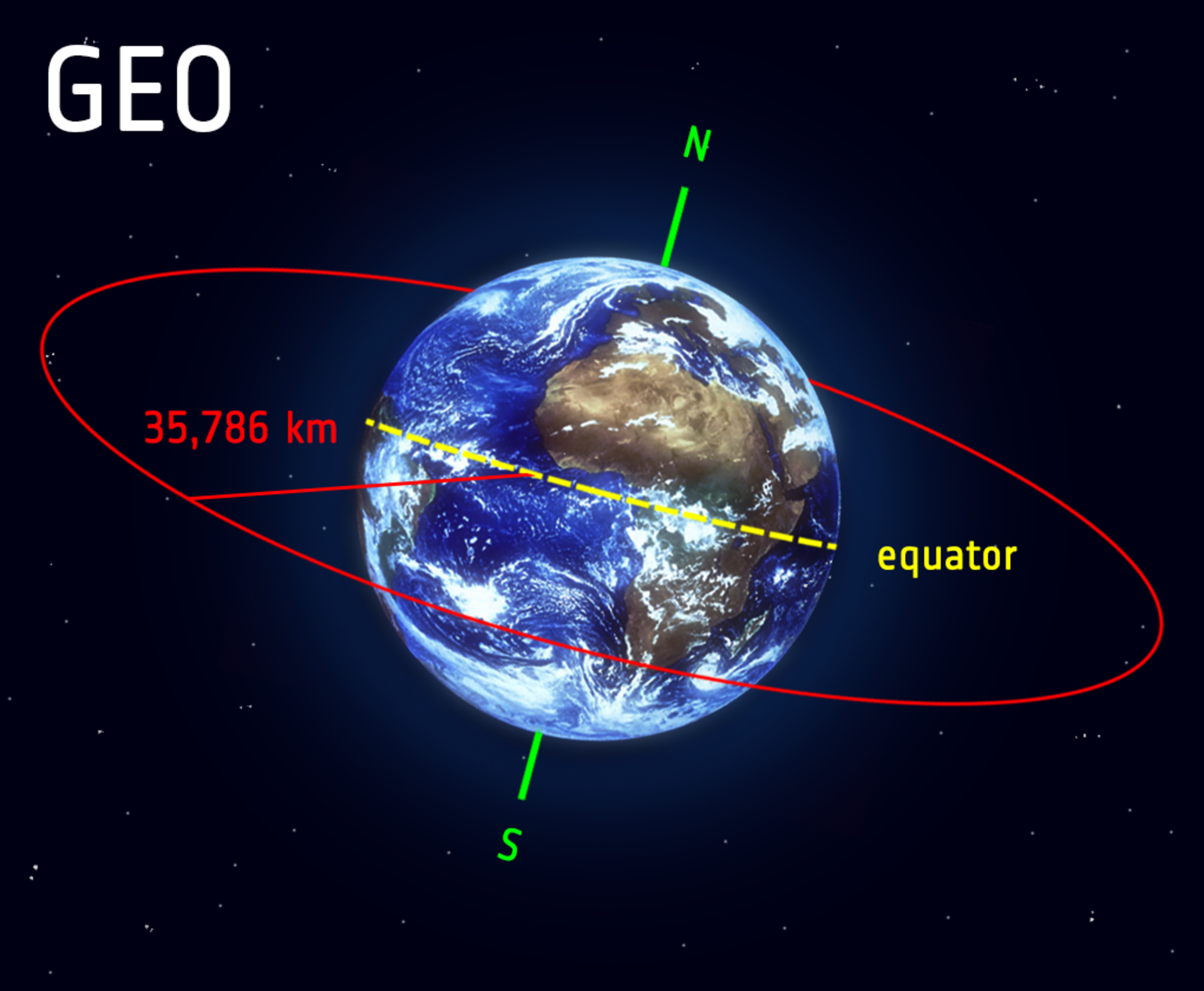 Satellites in geostationary orbit (GEO) circle Earth above the equator from west to east following Earth’s rotation – taking 23 hours 56 minutes and 4 seconds – by travelling at exactly the same rate as Earth.

This makes satellites in GEO appear to be ‘stationary’ over a fixed position. In order to perfectly match Earth’s rotation, the speed of satellites in this orbit should be about 3 km per second at an altitude of 35 786 km. This is much farther from Earth’s surface compared to many satellites.

GEO is used by satellites that need to stay constantly above one particular place over Earth, such as telecommunication satellites. This way, an antenna on Earth can be fixed to always stay pointed towards that satellite without moving. It can also be used by weather monitoring satellites, because they can continually observe specific areas to see how weather trends emerge there.

Satellites in GEO cover a large range of Earth so as few as three equally-spaced satellites can provide near global coverage. This is because when a satellite is this far from Earth, it can cover large sections at once. This is akin to being able to see more of a map from a metre away compared with if you were a centimetre from it. So to see all of Earth at once from GEO far fewer satellites are needed than at a lower altitude.

ESA’s European Data Relay System (EDRS) programme has placed satellites in GEO, where they relay information to and from non-GEO satellites and other stations that are otherwise unable to permanently transmit or receive data. This means Europe can always stay connected and online.