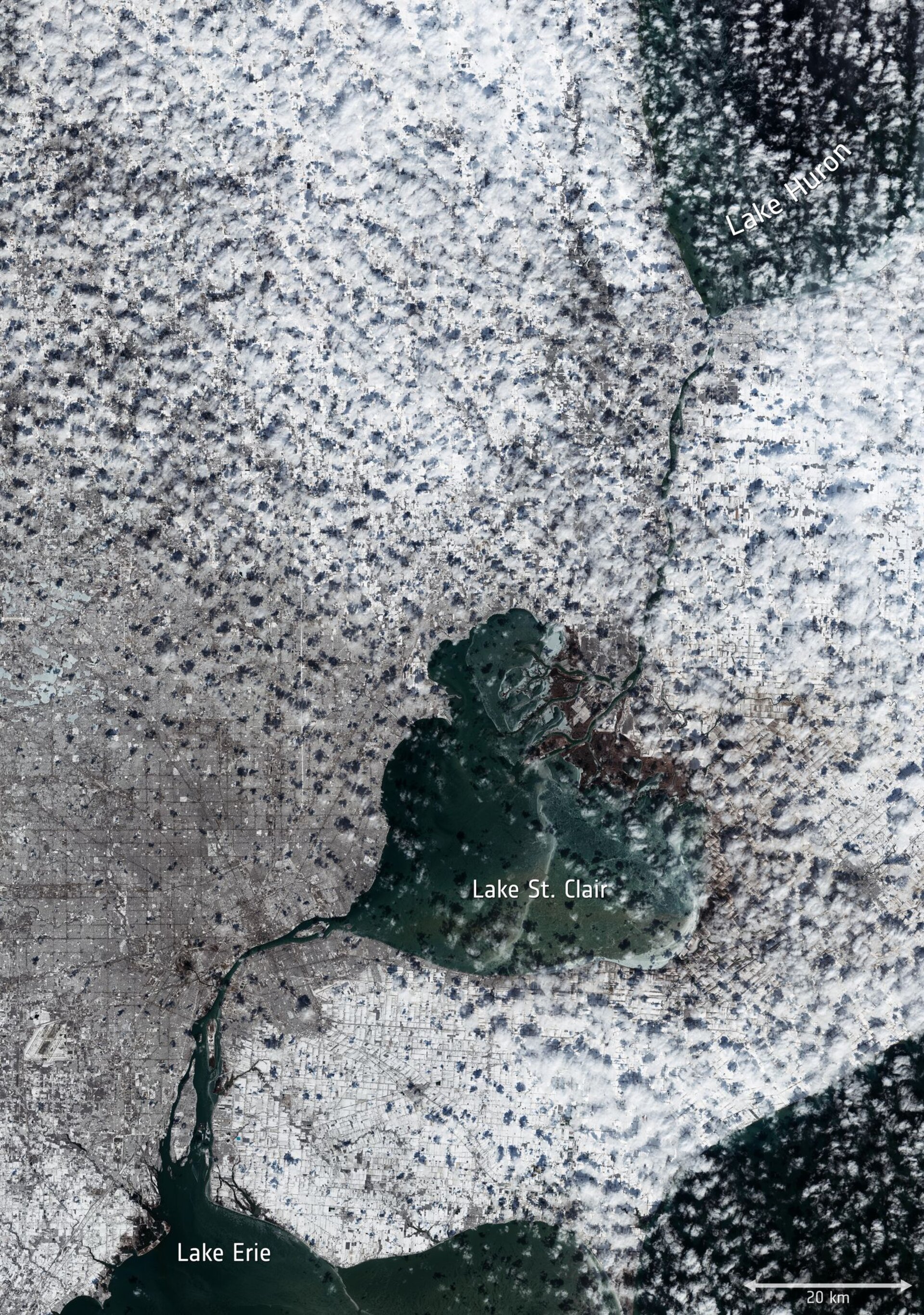 A powerful winter storm, with lake-effect snow, brought blizzard conditions to New York last week and buried the area surrounding the Great Lakes under a blanket of snow. Days of strong winds, with speeds of over 90 km/h, blew lake water ashore, encasing several homes in ice.

This image, captured by the Copernicus Sentinel-2 mission on 29 February, shows the extent of the snow in the area surrounding Lake St. Clair, Lake Erie and Lake Huron.

A layer of ice can be seen over both Lake St. Clair and Lake Erie.