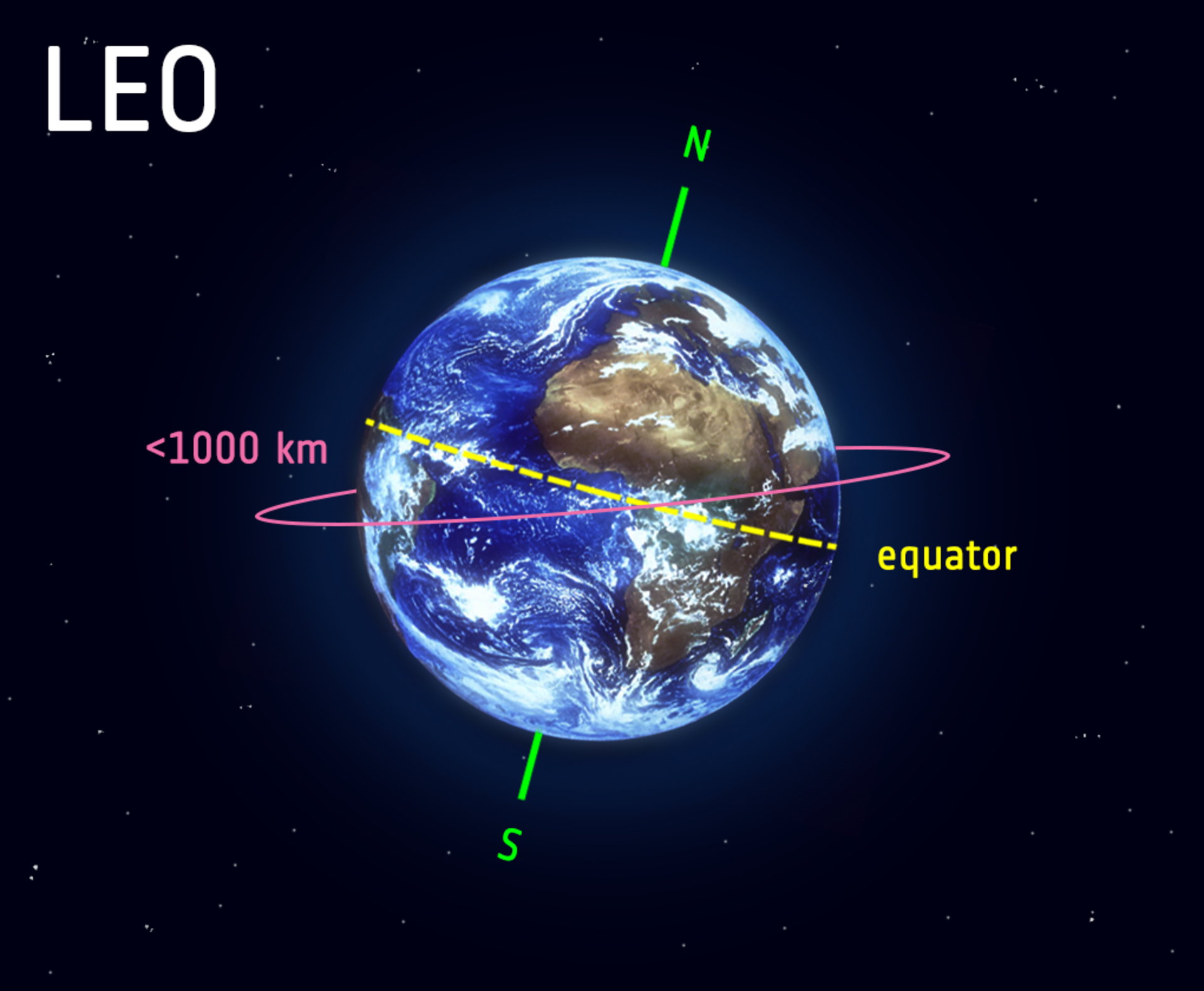 A low Earth orbit (LEO) is, as the name suggests, an orbit that is relatively close to Earth’s surface. It is normally at an altitude of less than 1000 km but could be as low as 160 km above Earth – which is low compared to other orbits, but still very far above Earth’s surface.

By comparison, most commercial aeroplanes do not fly at altitudes much greater than approximately 14 km, so even the lowest LEO is more than ten times higher than that.

Unlike satellites in GEO that must always orbit along Earth’s equator, LEO satellites do not always have to follow a particular path around Earth in the same way – their plane can be tilted. This means there are more available routes for satellites in LEO, which is one of the reasons why LEO is a very commonly used orbit.

LEO’s close proximity to Earth makes it useful for several reasons. It is the orbit most commonly used for satellite imaging, as being near the surface allows it to take images of higher resolution. It is also the orbit used for the International Space Station (ISS), as it is easier for astronauts to travel to and from it at a shorter distance. Satellites in this orbit travel at a speed of around 7.8 km per second; at this speed, a satellite takes approximately 90 minutes to circle Earth, meaning the ISS travels around Earth about 16 times a day.

However, individual LEO satellites are less useful for tasks such as telecommunication, because they move so fast across the sky and therefore require a lot of effort to track from ground stations.

Instead, communications satellites in LEO often work as part of a large combination or constellation, of multiple satellites to give constant coverage. In order to increase coverage, sometimes constellations like this, consisting of several of the same or similar satellites, are launched together to create a ‘net’ around Earth. This lets them cover large areas of Earth simultaneously by working together.