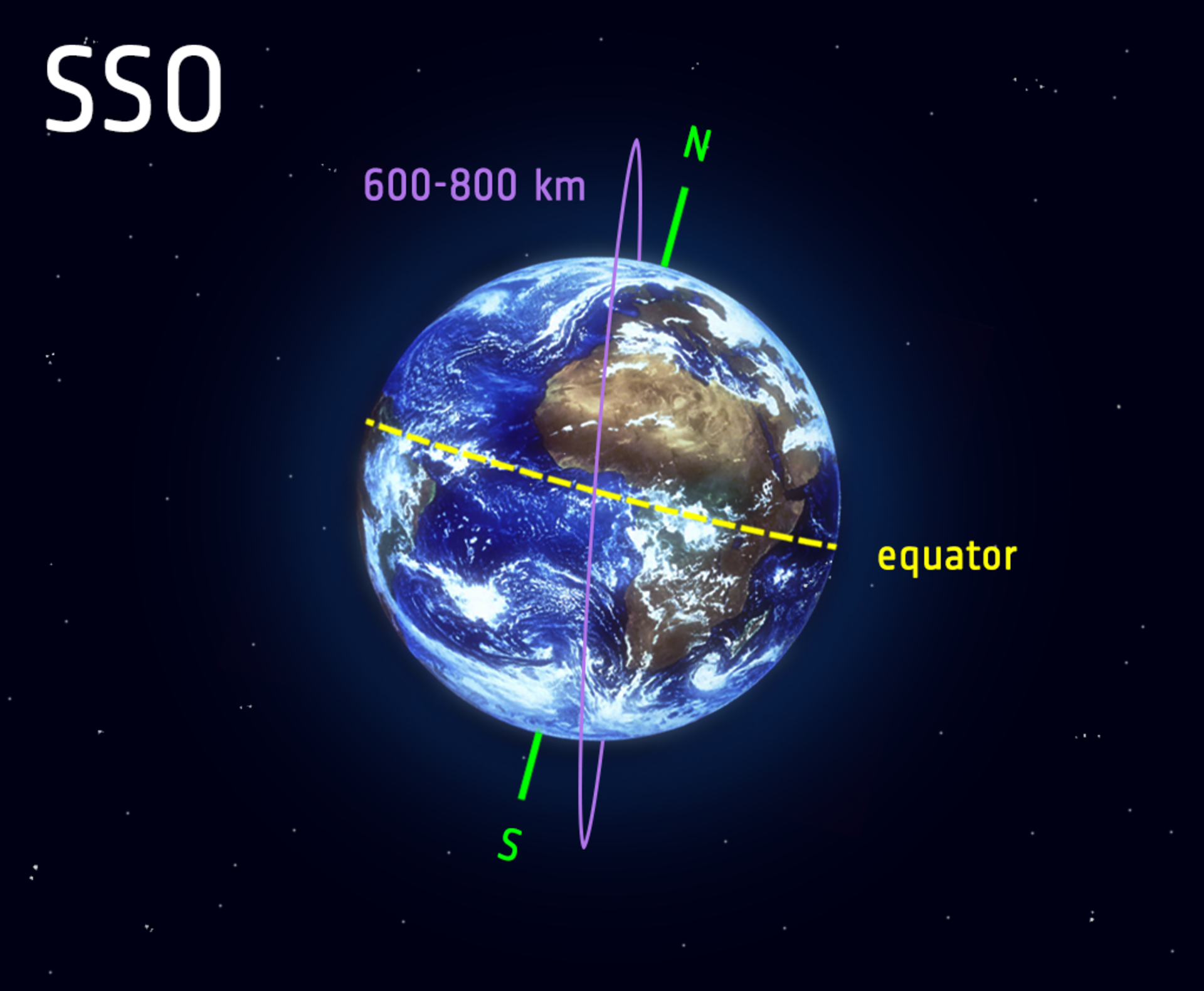 Satellites in polar orbits usually travel past Earth from north to south rather than from west to east, passing roughly over Earth's poles.

Satellites in a polar orbit do not have to pass the North and South Pole precisely; even a deviation within 20 to 30 degrees is still classed as a polar orbit. Polar orbits are a type of low Earth orbit, as they are at low altitudes between 200 to 1000 km.

This means that the satellite will always observe a point on the Earth as if constantly at the same time of the day, which serves a number of applications; for example, it means that scientists and those who use the satellite images can compare how somewhere changes over time.

This is because, if you want to monitor an area by taking a series of images of a certain place across many days, weeks, months, or even years, then it would not be very helpful to compare somewhere at midnight and then at midday – you need to take each picture as similarly as the previous picture as possible. Therefore, scientists use image series like these to investigate how weather patterns emerge, to help predict weather or storms; when monitoring emergencies like forest fires or flooding; or to accumulate data on long-term problems like deforestation or rising sea levels.

Often, satellites in SSO are synchronised so that they are in constant dawn or dusk – this is because by constantly riding a sunset or sunrise, they will never have the Sun at an angle where the Earth shadows them. A satellite in a Sun-synchronous orbit would usually be at an altitude of between 600 to 800 km. At 800 km, it will be travelling at a speed of approximately 7.5 km per second.