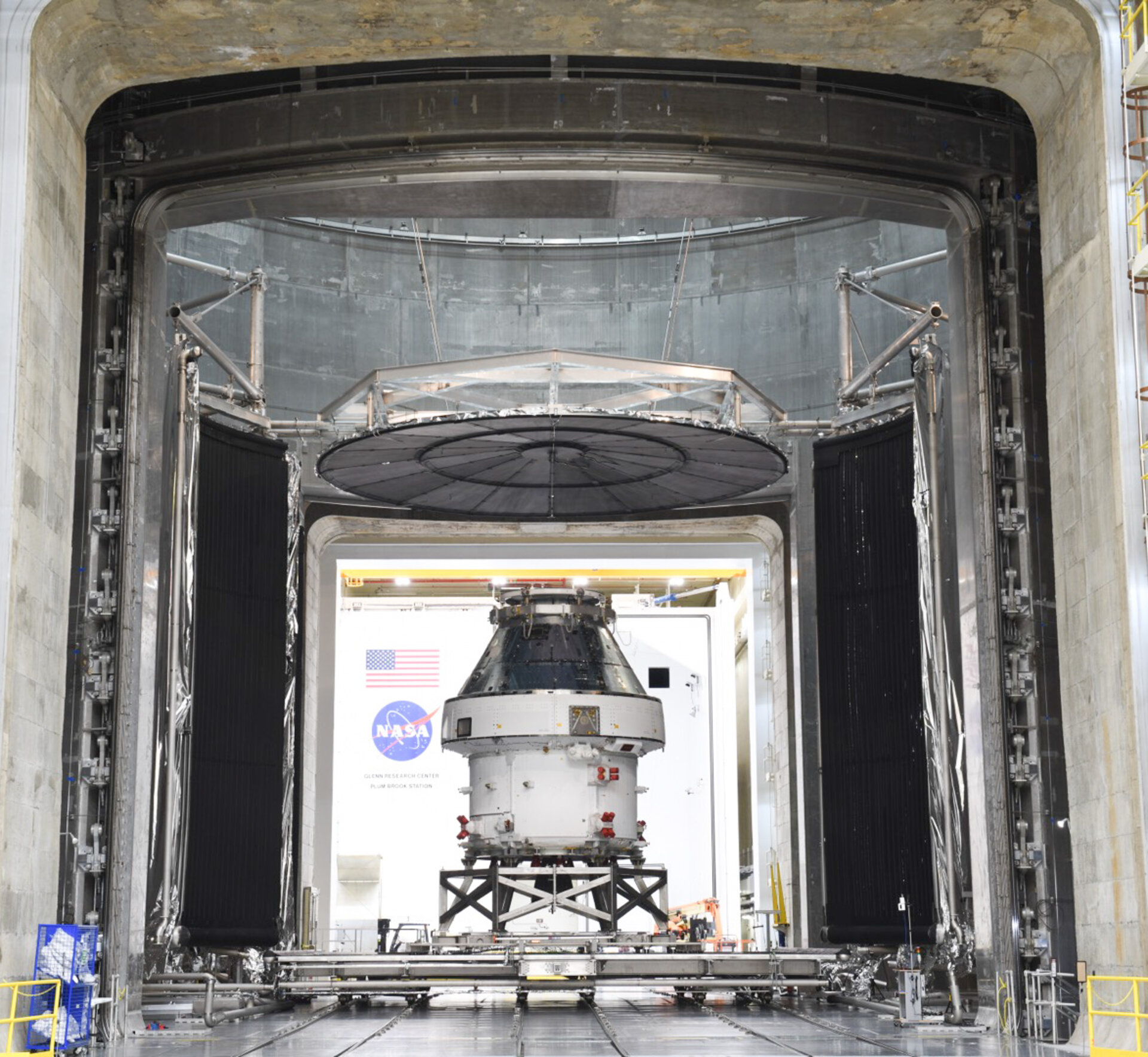 The first Orion spacecraft that will fly around the Moon as part of Artemis to return humans to the lunar surface has finished its space-environment tests at NASA’s Plum Brook Station in Ohio, USA. The vehicle – that can transport up to four astronauts – consists of the European Service Module, the Crew Module and connecting adapter and all elements have now been given the stamp of approval for spaceflight after being subjected to the vacuum, extreme temperatures and electro-magnetic interference it will encounter during its trip to the Moon.

Orion arrived at Plum Brook Station – the only centre large enough to test the spacecraft – on 26 November and passed two months of thermal-vacuum tests subjecting the spacecraft to temperatures ranging from –175°C to 75°C in vacuum.

After passing the trial by temperature, Orion went through electromagnetic interference testing to ensure the electronics worked well together – the European Service Module has over 11 km over wiring to gather information and send commands to its 31 engines, propellant tanks, solar wings and more.

Orion is a key component of Artemis 1, an uncrewed test flight around the Moon that paves the way for the Artemis 3 mission which will land the first woman and next man on the lunar surface by 2024. ESA is designing and supplying the European Service Module for Orion – the bottom part of the spacecraft in the picture – that provides electricity, water, oxygen and nitrogen as well as keeping the spacecraft at the right temperature and on course.

Orion will now ship to NASA’s Kennedy Space Center where it will be further prepared for launch, including assembling the solar panels and more individual tests.