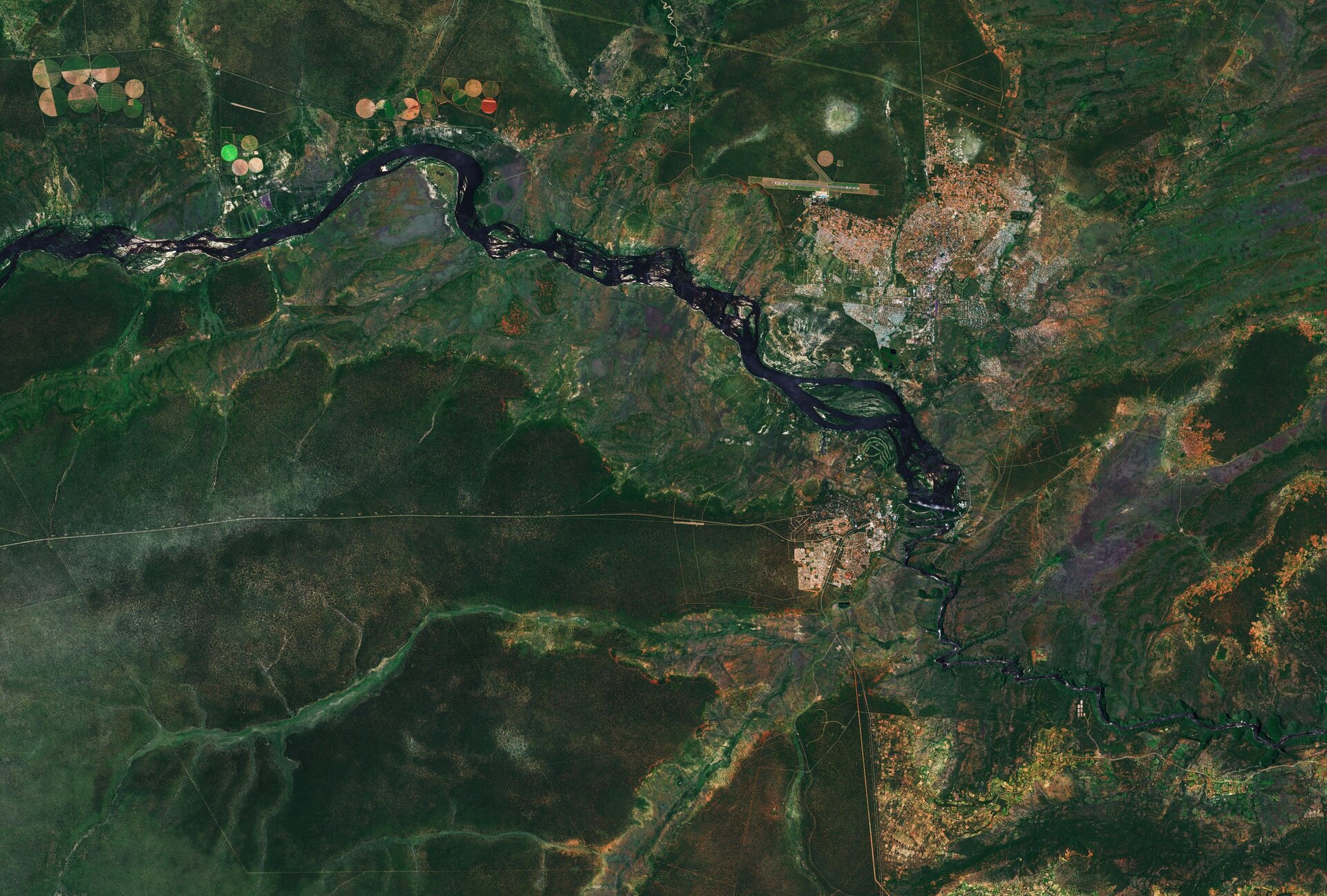 The Copernicus Sentinel-2 mission takes us over Victoria Falls – one of the world’s greatest natural wonders.

Victoria Falls, known locally as Mosi-oa Tunya or ‘the smoke that thunders,’ lies along the course of the Zambezi River, on the border between Zambia to the north and Zimbabwe to the south. The Zambezi River flows for around 3500 km from its source on the Central African Plateau and empties into the Indian Ocean.

In this image, captured on 22 February 2019, the river cuts from left to right in the image before plunging over Victoria Falls – visible as a white line in the image. While it is neither the highest nor the widest waterfall in the world, Victoria Falls has a width of around 1700 m and a height of over 100 m which classifies it as the world’s largest sheet of falling water.

The spray from the falls normally rises to a height of over 400 m and is sometimes visible from up to 40 km away. The water from the Zambezi River then continues and enters a narrow, zigzagging series of gorges, visible in the bottom right of the image.

Despite recent reports of Victoria Falls drying up, the Zambezi River is subject to large seasonal fluctuations – with water levels rising and dropping dramatically throughout the year. According to the Zambezi River Authority, the lowest recorded water flows recorded were during the 1995—96 season, which had an annual mean flow of around 390 cubic metres per second, compared to the long-term mean annual flow of around 1100 cubic metres per second.

The circular shapes in the image are an example of an irrigation method called pivot irrigation or centre-pivot irrigation, where equipment rotates around a central pivot and crops are watered with sprinklers.