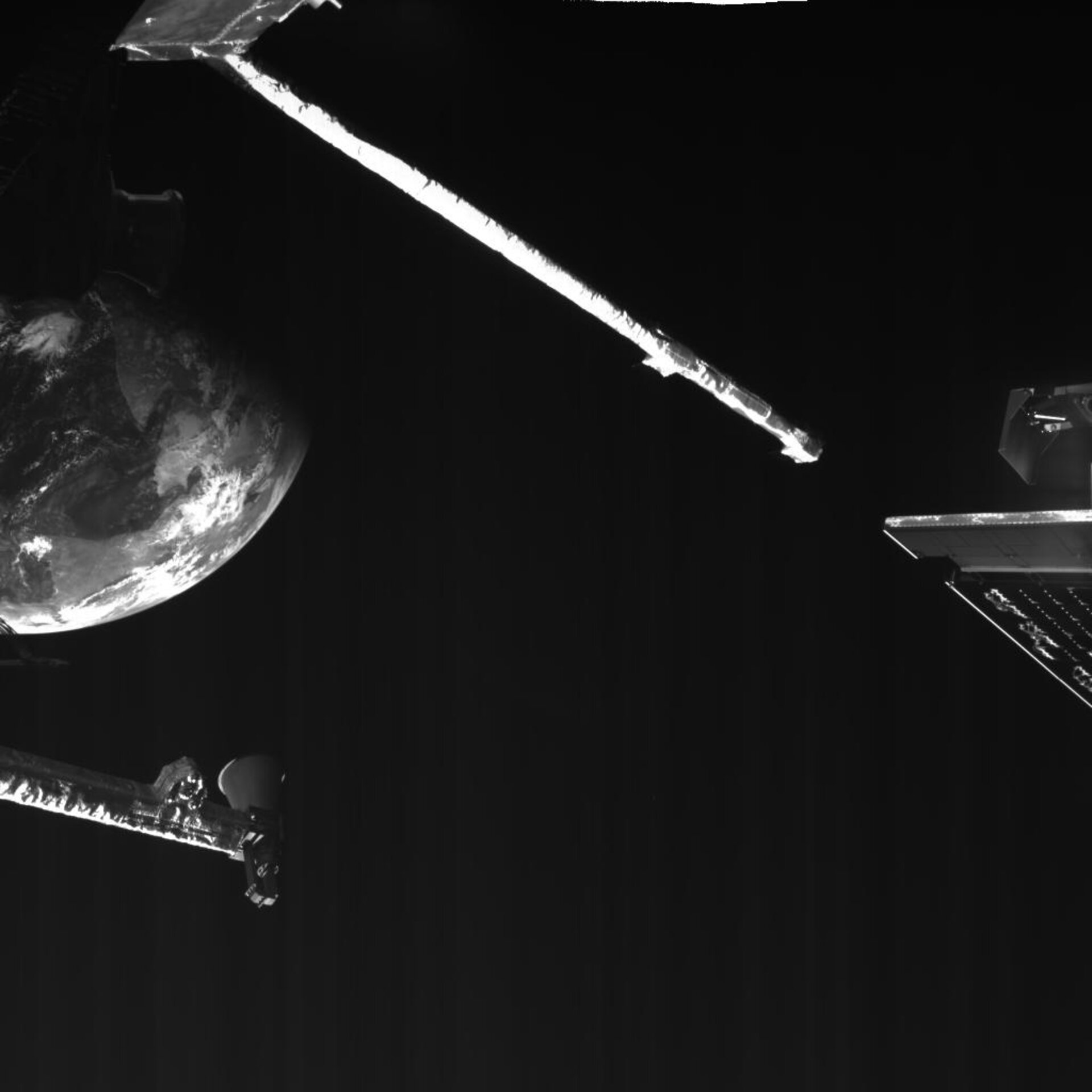 A view of Earth captured by one of the MCAM selfie cameras on board of the European-Japanese Mercury mission BepiColombo, as the spacecraft zoomed past the planet during its first and only Earth flyby. The image was taken at 03:44 UTC on 10 April 2020, shortly before the closest approach, from around 16 700 km away.
In this image, Earth appears to the left, behind the spacecraft structure and above the medium-gain antenna; the magnetometer boom is also visible on the top.