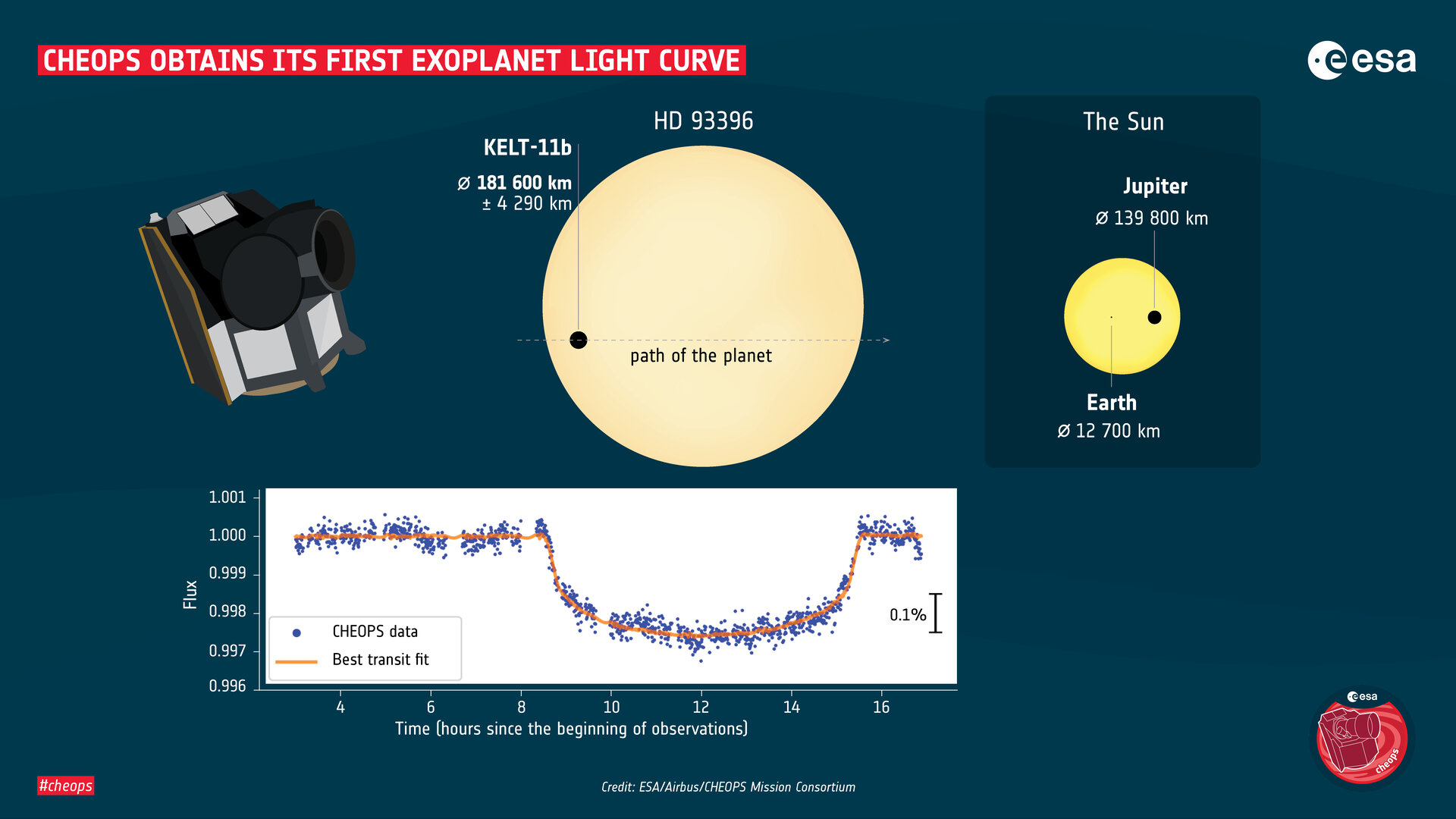 During its in-orbit commissioning, ESA's Cheops mission observed the transit of KELT-11b in front of its host star.

HD 93396 is a subgiant yellow star located 320 light-years away, slightly cooler and three times larger than our Sun. It hosts a puffy gaseous planet, KELT-11b, about 30% larger in size than Jupiter, in an orbit that is much closer to the star than Mercury is to the Sun.

The light curve of this star shows a clear dip caused by the eight hour-long transit of KELT-11b, which enabled scientists to determine very precisely the diameter of the planet: 181,600 km – with an uncertainty just under 4300 km. The measurements made by Cheops are five times more accurate than those from Earth, providing a taster for the science to come from the Cheops mission.

In this graphic, the Sun is shown as a comparison, along with the diameter of Earth and Jupiter (calculated from the mean volumetric radius).

More information: Cheops observes its first exoplanets and is ready for science