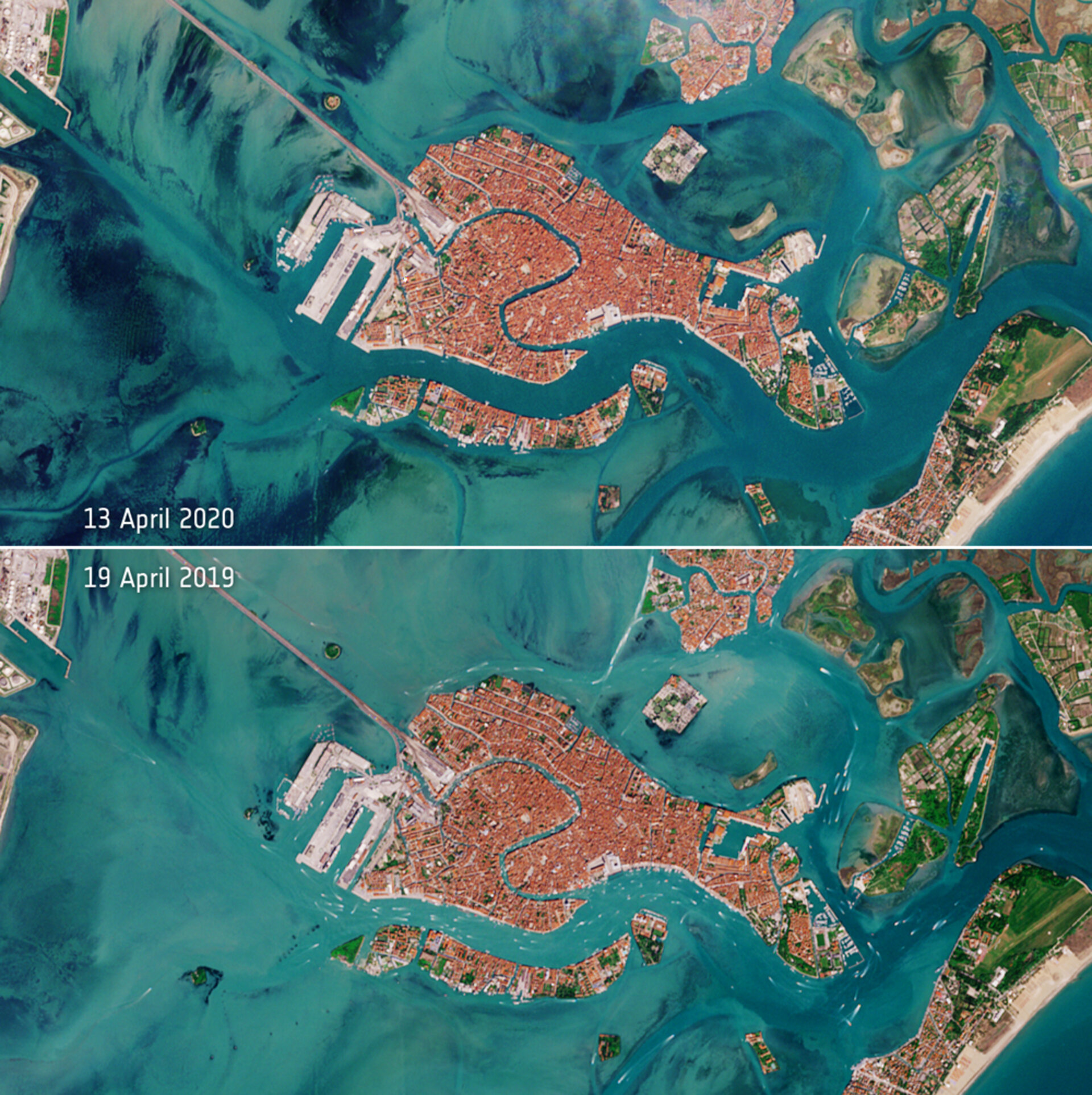 Italy’s efforts to limit the spread of the coronavirus disease has led to a decrease of boat traffic in Venice’s famous waterways – as captured by the Copernicus Sentinel-2 mission.

The Italian government imposed a nationwide lockdown on 9 March 2020, drastically reducing the movement of Venice’s boats including the ‘vaporetti,’ or water buses, as well as cruise ships.

These images show one of the effects of the locked-down city of Venice, in northern Italy. The top image, captured 13 April 2020, shows a distinct lack of boat traffic compared to the image from 19 April 2019.

The Grand Canal and the Giudecca Channel appear almost empty compared to last year, and traffic from Venice to the island of Murano appears to be non-existent. Two large cruise ships can be seen in the U-shaped Port of Venice in 2019, west of the city, while this year the port appears empty.

According to the Italian news agency, ANSA, the streets and canals of Venice remained almost empty over Easter – with only police officers patrolling the streets and waterways.

Meanwhile, the lockdown has led to a sharp decline in air pollution across Europe – particularly in Rome and the Po Valley in northern Italy.