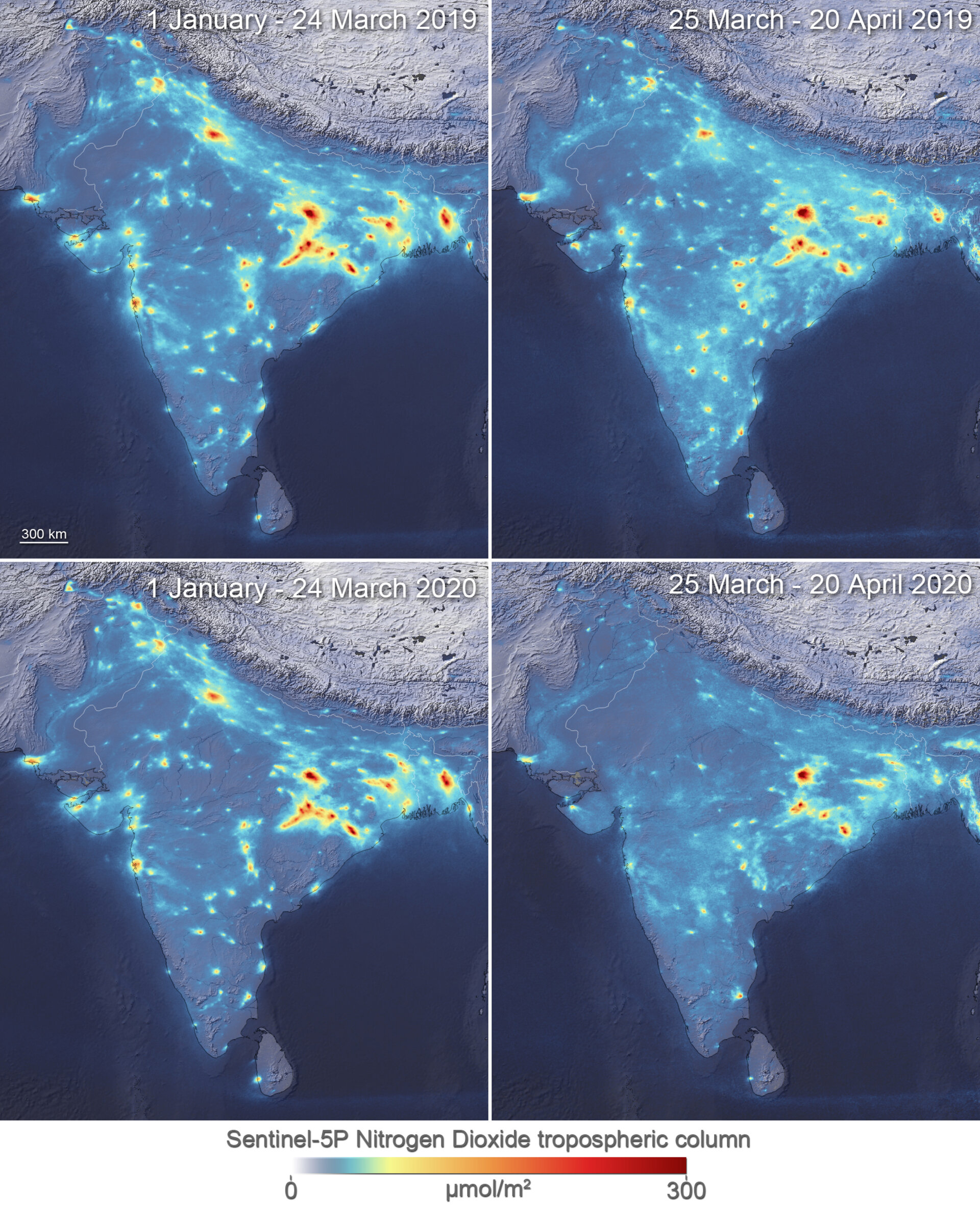 These images, using data from the Copernicus Sentinel-5P satellite, show the average nitrogen dioxide concentrations from 1 January to 24 March 2020 and 25 March (the first day of the lockdown) to 20 April 2020 – compared to the same time-frame as last year. The significant reduction in the concentrations can be seen over major cities across India. Mumbai and Delhi saw drops of around 40-50% compared to the same time last year.

A trail of nitrogen dioxide emissions from maritime traffic can be seen as a faint line over the Indian Ocean (visible in the bottom of the image.) Shipping lanes appear as straight lines owing to commercial ships following more or less the same route.

The concentrations of nitrogen dioxide in our atmosphere vary widely on a daily basis. Variations owing to weather conditions make it necessary to average data over substantial periods of time – allowing for more accurate assessments to be made.