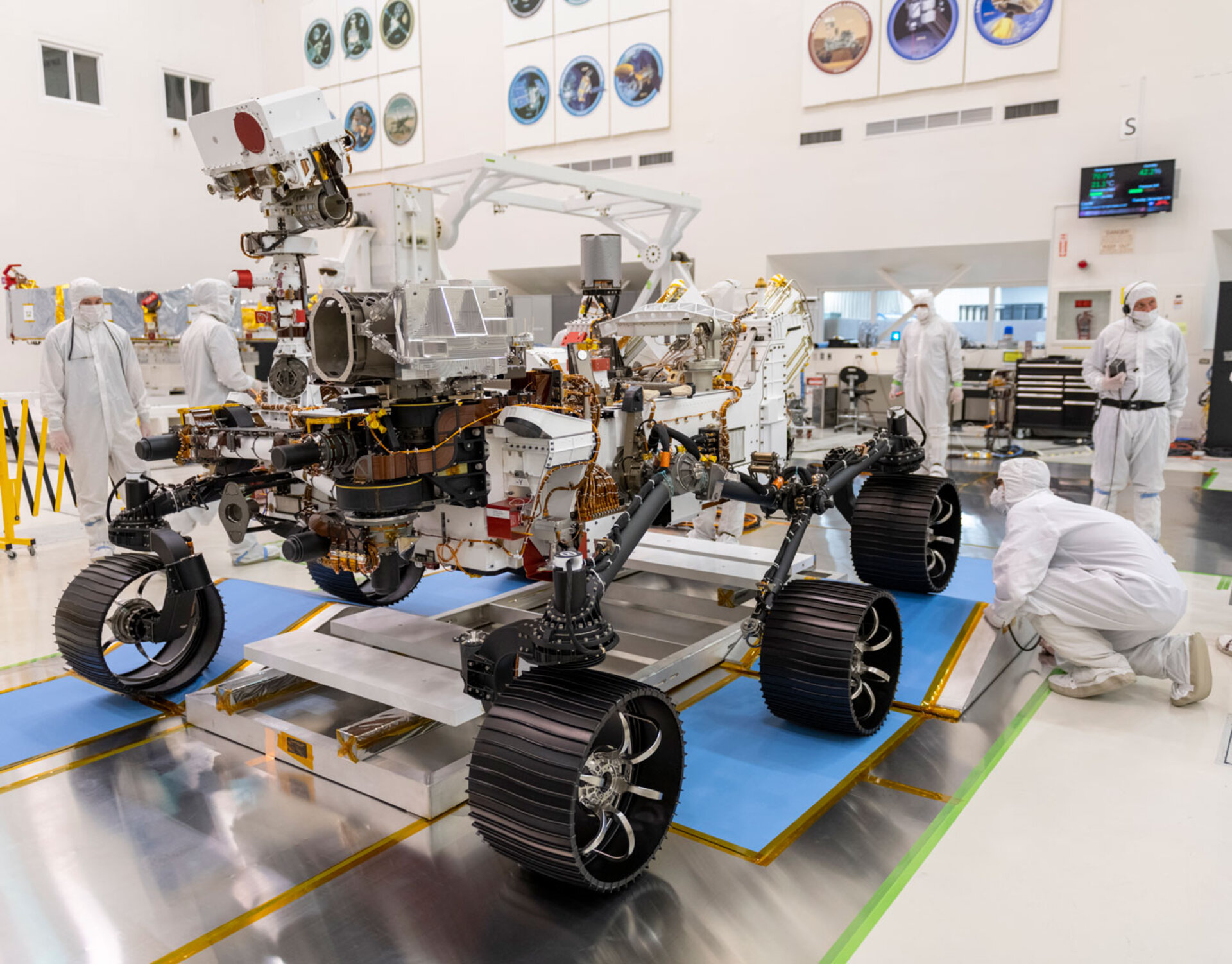 Scheduled to launch as early as July 2020, the Mars 2020 mission will search for signs of past microbial life, characterise Mars' climate and geology, collect samples for future return to Earth, and pave the way for human exploration of the Red Planet. It is scheduled to land in an area of Mars known as Jezero Crater on 18 February 2021.

When Perseverance lands on Mars it will scout the area for over a year. One of its main tasks will be to collect samples in cigar-sized metal cylinders that it will leave on the surface for pickup at a later date.  As part of this international collaboration, ESA plans to provide a sophisticated Sample Fetch Rover to be operated during NASA’s Sample Retrieval Lander mission in the middle of this decade.

Perseverance is a standalone mission seeking signs of habitable conditions on our neighbour planet, but it is also part of the international Mars Sample Return campaign that ESA Member States agreed to finance last year during Space19+.

The ESA rover will collect the samples that the Perseverance rover gathered and bring them to the lander, where they will be carefully stored in a Mars Ascent Vehicle (MAV).  The MAV will launch the sample container from the martian surface, placing it in orbit around Mars.

Another important ESA contribution will be the biggest and most robust spacecraft flying to Mars – the Earth Return Orbiter (ERO) that will rendezvous with the sample and bring it to Earth.