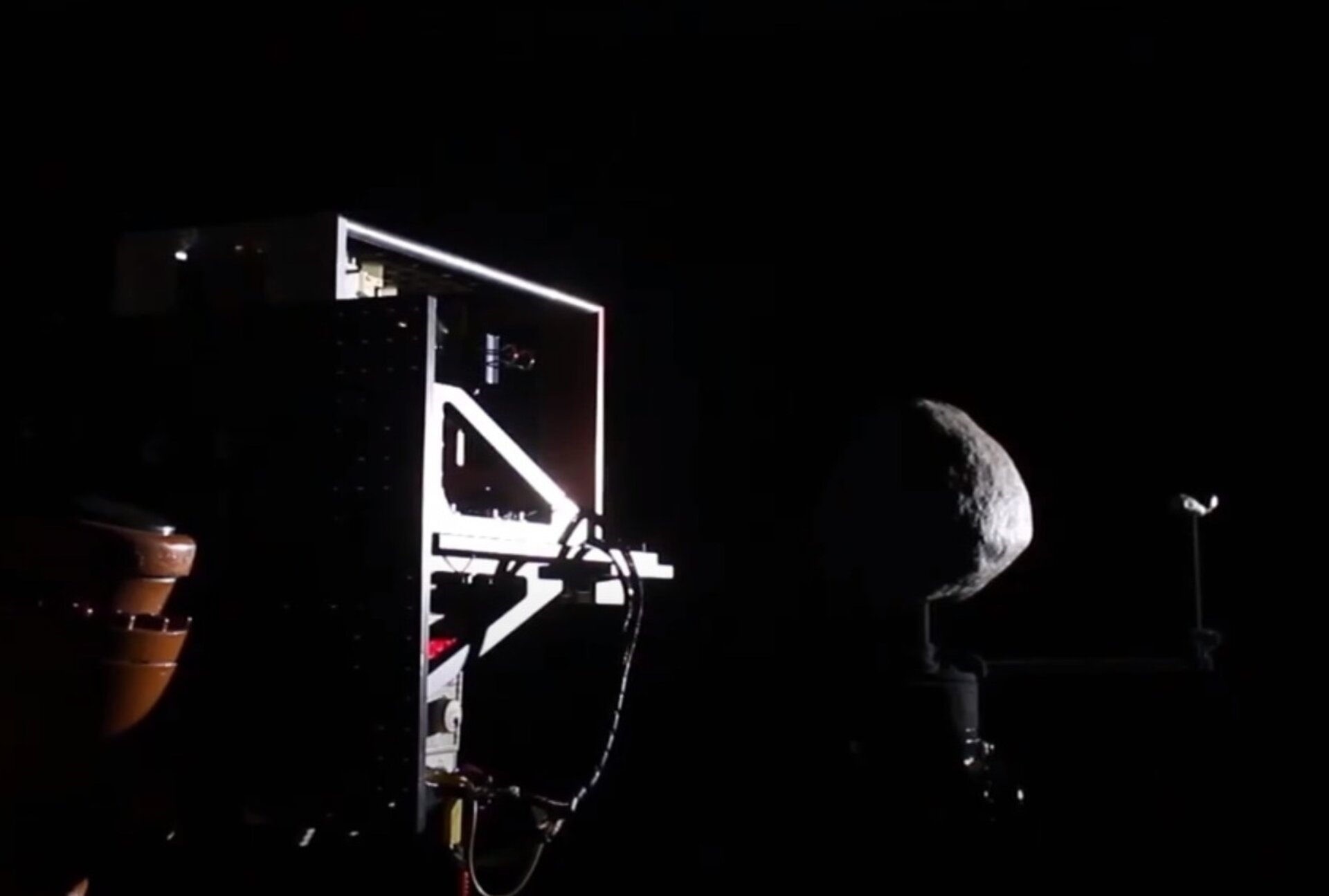 Seeing asteroids in the dark

A test of the automated navigation system being developed for ESA’s Hera mission. A space-grade camera is imaging a model binary asteroid system in dark conditions representative of deep space illumination.

Hera – named after the Greek goddess of marriage – will be humankind’s first probe to rendezvous with a binary asteroid system, a little understood class making up around 15% of all known asteroids. NASA will first perform a kinetic impact on the smaller of the two Didymos asteroids, then Hera will follow-up with a detailed post-impact survey will turn this grand-scale experiment into a well-understood and repeatable planetary defence technique. Being able to deflect the orbit of an incoming body in this way could one day help prevent a devastating strike on Earth.

This ‘hardware-in-the-loop’ testing is being performed by GMV in Spain, responsible for developing the Hera mission’s guidance, navigation and control system. To see more, watch GMV’s video.