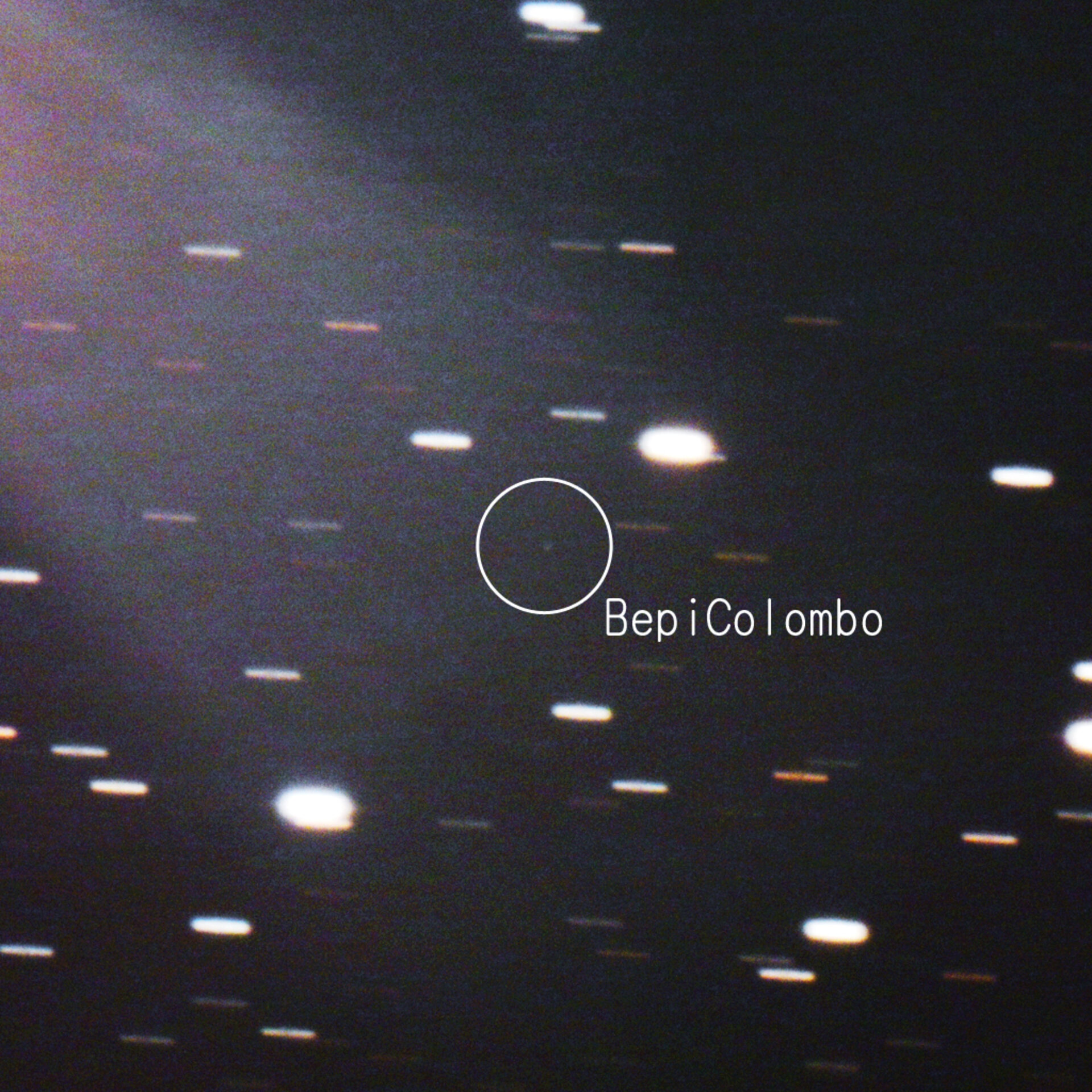 The last glimpse of BepiColombo

This image shows a parting view of the ESA/JAXA BepiColombo spacecraft, taken from Japan more than a week after the mission performed its Earth on 10 April 2020. The spacecraft is visible as a dot (circled) against the tracks of distant stars.

Captured between 12:43:19 and 13:18:23 UTC on 19 April from the Rikubetsu Space and Science Museum observatory in Ashoro District, Hokkaido, Japan, the image was selected as the ‘last glimpse’ of the BepiColombo flyby as part of a photographic contest aimed at amateur astronomers.

The jury appreciated that the observers tried until the very end, nine days after closest approach, and succeed in obtaining an appealing image – even in colour – of the spacecraft as it departed from our planet.