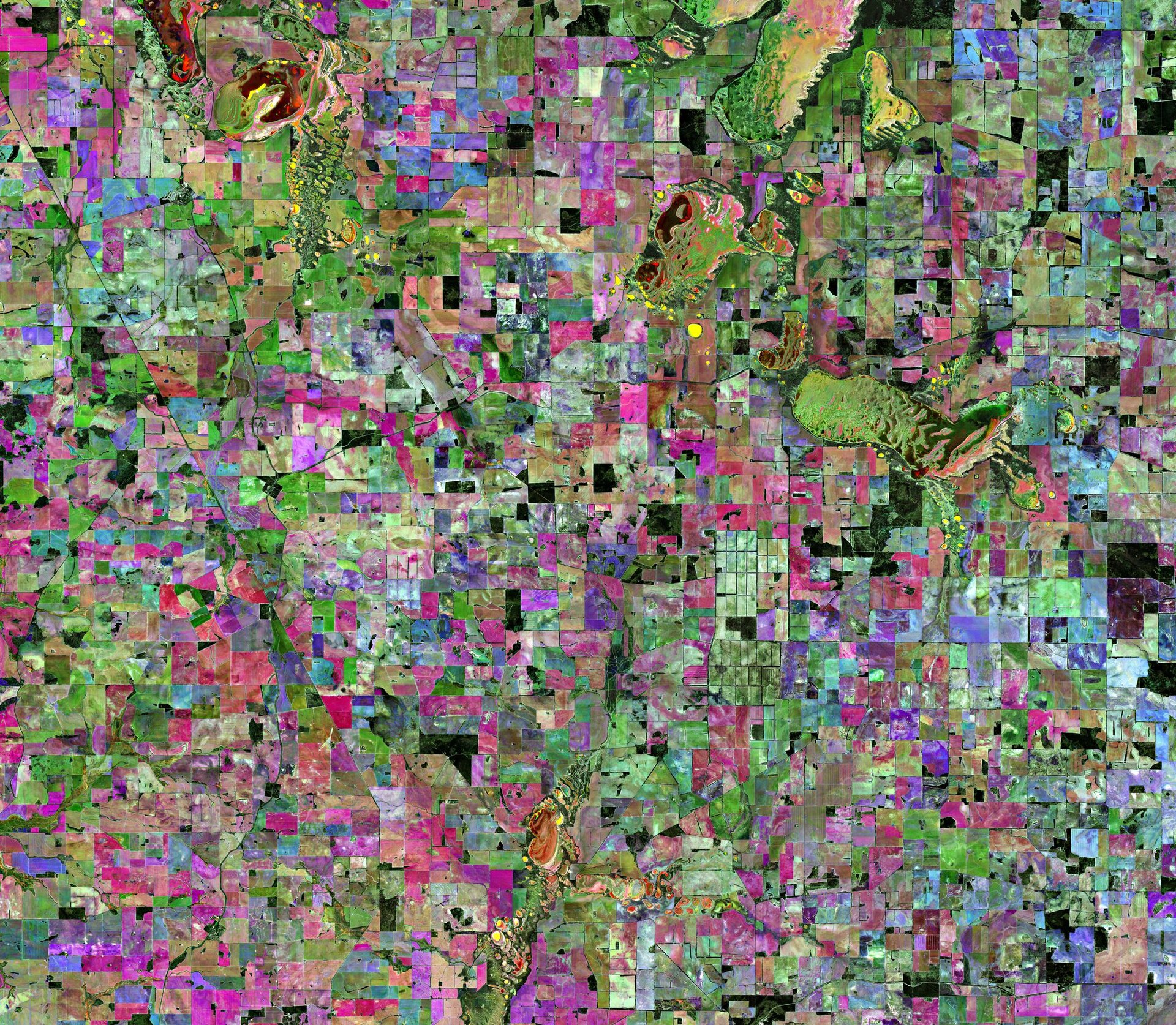 This Copernicus Sentinel-2 image features an area in the Wheatbelt region of Western Australia.

The term ‘wheat belt’ refers to inland agricultural areas in eastern and southern Australia named for their production of wheat – which was the main agricultural product in the early history of Australia’s development. Wheatbelt areas are usually arid, making agriculture largely reliant on rainfall and irrigation.

The Wheatbelt is one of the nine regions of Western Australia and lies in the southwest section of the state. Covering an area of around 160 000 sq km., the region only has an estimated population of around 75 000 residents.

This image shows a part of the region which is very arid and is used mainly for agricultural production. The area is a major producer of wheat, barley and wool. The area is also used for the livestock production and the pastoral sheep farming, as well as horticulture.

Fields have a distinctive appearance in this week’s image, creating a colourful patchwork of geometric shapes. This composite image was created by combining three separate images from the near-infrared channel from the Copernicus Sentinel-2 mission.

The first image, from 9 May 2019, is visible in red; the second from 6 September 2019, can be seen in green; and the third from January 2020 can be seen in blue. All other colours visible in the image are different mixtures of red, green and blue, and vary according to their stage of growth over the nine-month period.

According to reports from the Department of Primary Industries and Regional Development, Western Australia’s climate has changed over recent decades, with significant reductions in growing-season rainfall. Climate variability and changing weather patterns strongly affect agriculture – increasing production risk for crops and pastures.

Owing to their unique perspective from space, Earth observation satellites are key in mapping and monitoring croplands. The Copernicus Sentinel-2 mission is specifically designed to provide images that can be used to distinguish between different crop types as well as data on numerous plant indices, such as leaf area index, leaf chlorophyll content and leaf water content – all of which are essential to accurately monitor plant growth.