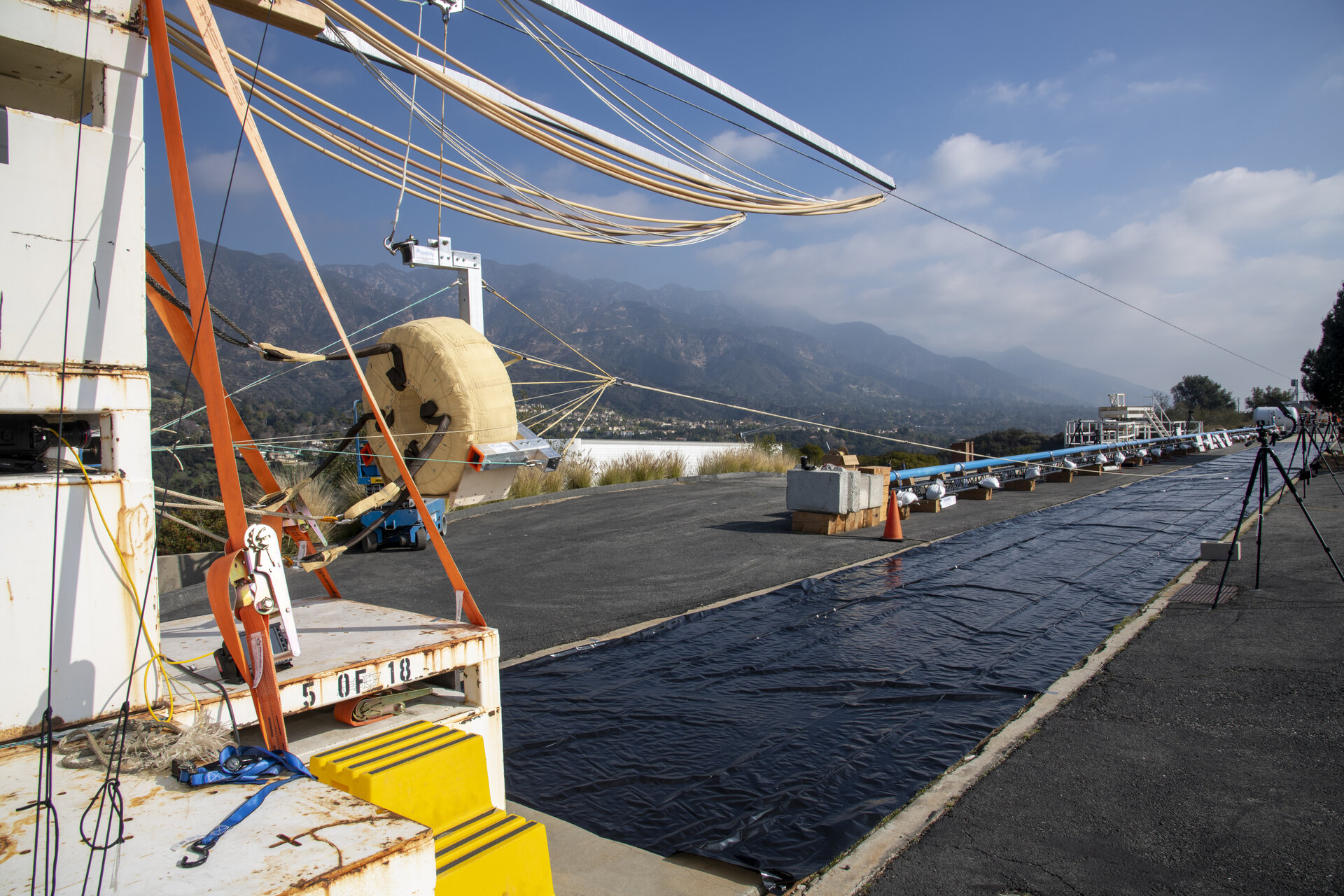 A total of six ground-based tests saw the clean extraction of the parachutes from their bags, with no frictional damage, during a test campaign between November 2019 and January 2020 at NASA’s Jet Propulsion Laboratory in California, US.

These tests followed the high-altitude drop tests in 2019, during which critical damage to both parachute canopies was observed.

New deployment bags for the parachutes with eased lines and canopy exit proved to avoid tears at extraction velocities of 200 km/h, similar to the high speeds at which the parachutes will be pulled from their bags during the descent towards the surface of Mars.

The two parachutes – each with its own pilot chute for extraction – are key to slow the ExoMars descent module before landing on the Red Planet. In just six minutes, the module goes from around 21 000 km/h during atmospheric entry to a soft landing at the surface.