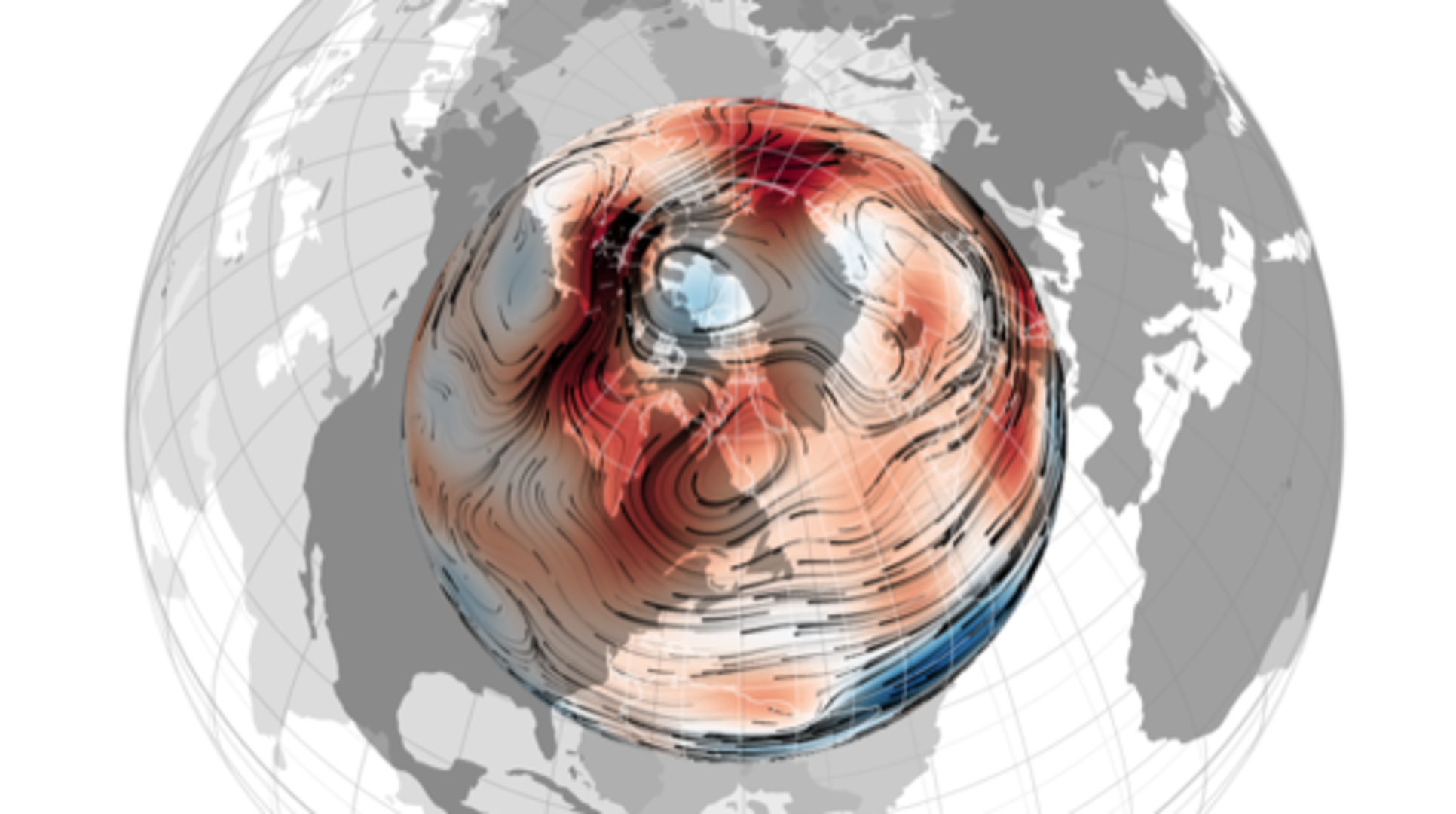 Unlike our geographic north pole, which is in a fixed location, magnetic north wanders. This has been known since it was first measured in 1831, and subsequently mapped drifting slowly from the Canadian Arctic towards Siberia. However, since the 1990s, this drift has turned into more of a sprint – going from its historic wandering of 0–15 km a year to its present speed of 50–60 km a year. Scientists from Leeds University in the UK, says this is down to competition between two magnetic blobs on the edge of the Earth's outer core. Changes in the flow of molten material in the planet's interior have altered the strength of the above regions of negative magnetic flux. The image shows the pattern of flow in Earth’s outer core inferred by satellite data, including ESA’s Swarm mission, of the magnetic field. The image was supplied by Dr Nicolas Gillet from the University of Grenoble. The research is partially supported by the CNES French Space Agency.