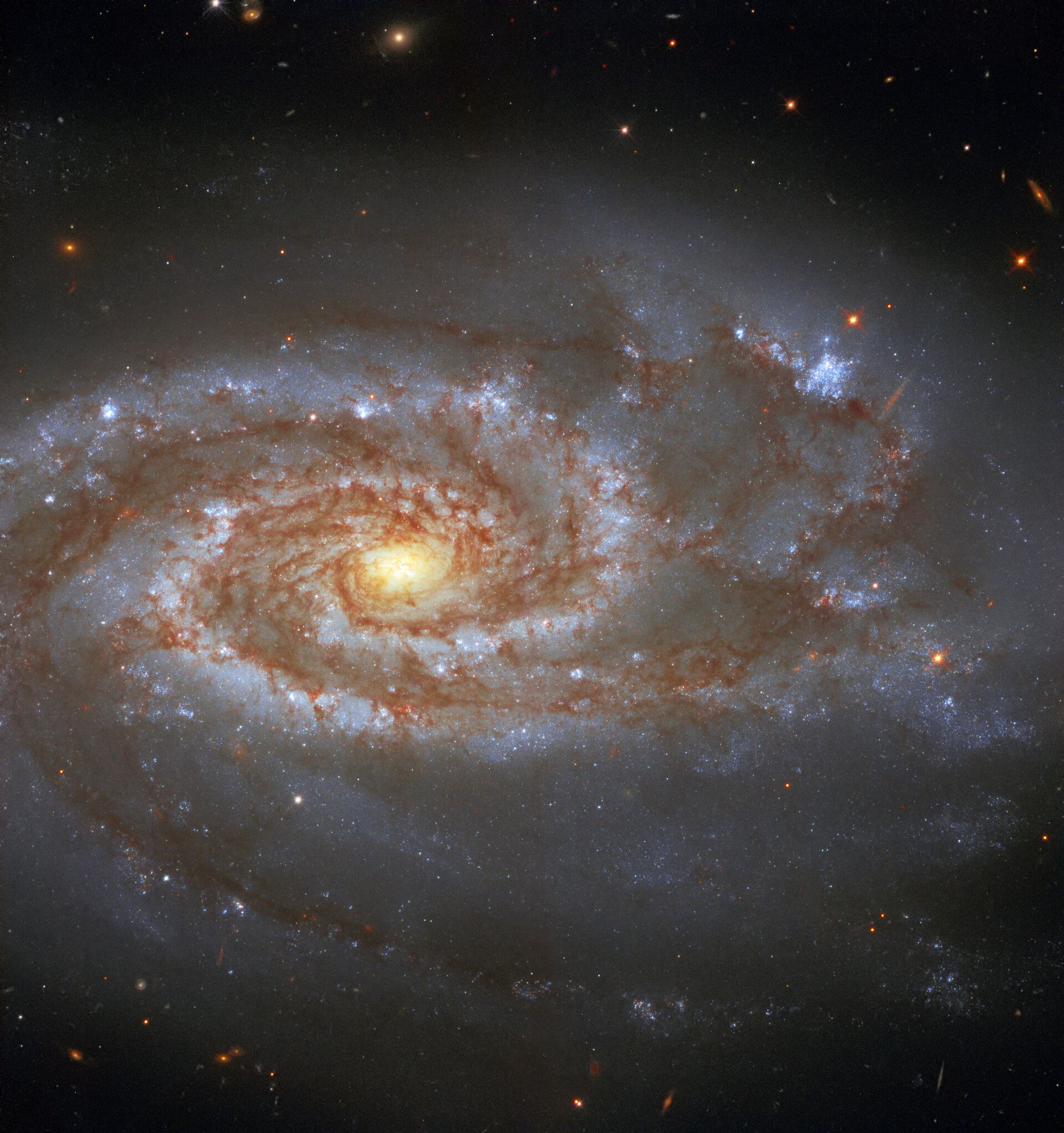 Approximately 85 million light-years from Earth, in the constellation of Libra, is the beautiful galaxy NGC 5861,  captured here by the NASA/ESA Hubble Space Telescope.

Two supernovae, SN1971D and SN2017erp, have been observed in the galaxy. Supernovae are powerful and luminous explosions that can light up the night sky. The brightest supernova ever recorded was possibly SN 1006. It shone 16 times as bright as Venus from April 30 to May 1, 1006 AD.