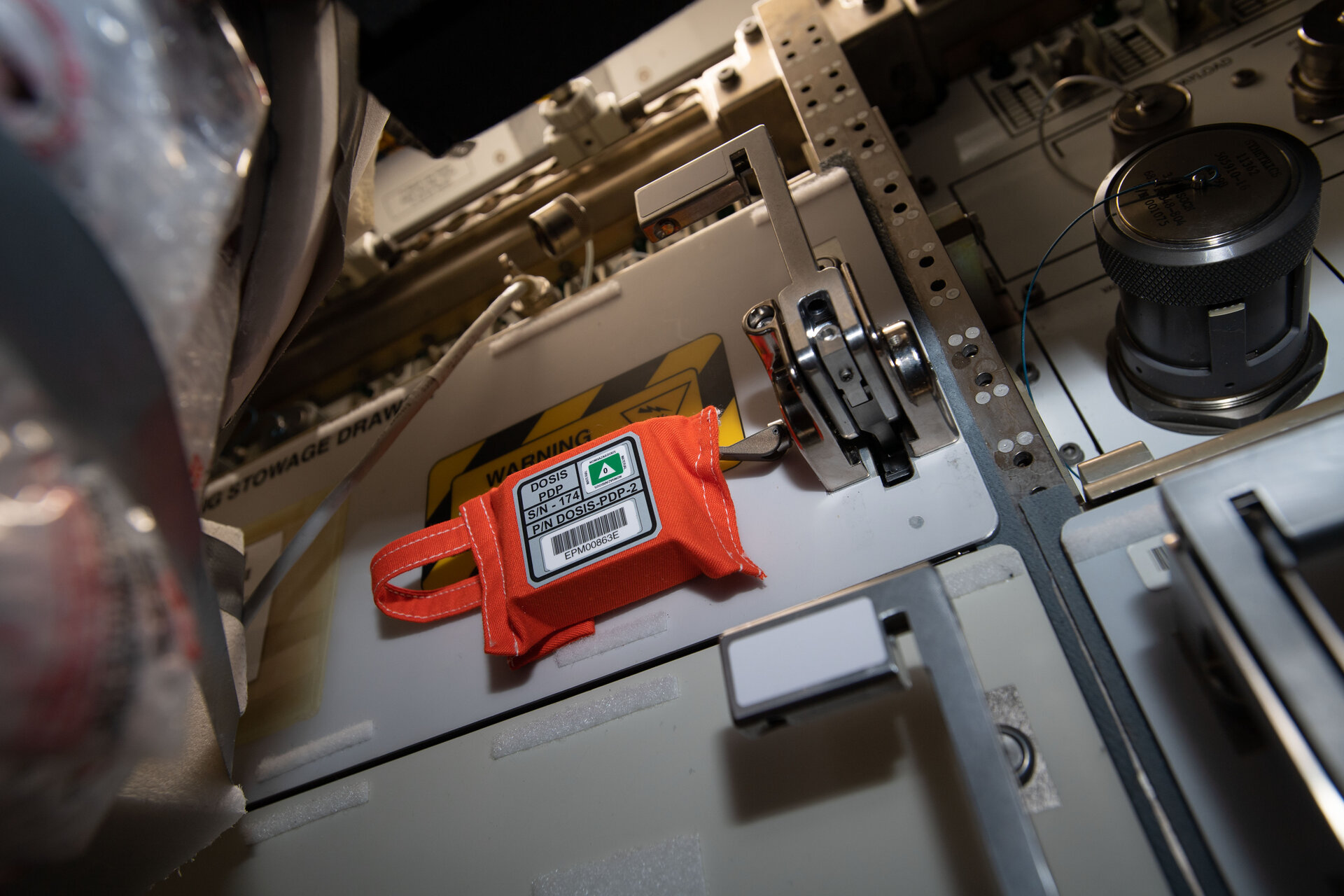 A number of radiation detectors dotted around the Station are recording levels of cosmic rays to create a map of these harmful rays and help design more radiation-resistant spacecraft of the future.

Dosis-3D helps to understand space radiation and how it penetrates the Space Station walls. Active and passive radiation detectors are used to map radiation in all modules.

This experiment has been monitoring radiation levels for a number of years and after each six-month crew rotation, the detectors are replaced to record changes in radiation.

In addition to the passive detectors, Dosis-3D uses active dosimeters that measure fluctuations in radiation levels over time. Data from all Station partners is shared to create as complete a picture of space radiation as possible.